Baffling in Boise: Idaho Paper Lets Person Dictate 'They' and 'Themself' in Article 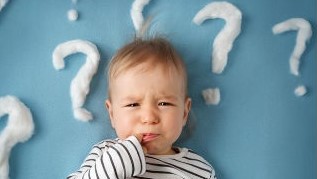 In a touch of transgender utopia (or linguistic insansity), the Idaho Statesman in Boise -- a McClatchy newspaper -- is letting the transgender/nonbinary Left set the terms, so Kori Doty can demand to be called "themself," not "himself" or "herself" -- there's no clue in the article if Doty is the baby's mother or father.

McClatchy's D.C.-based reporter Teresa Welsh leaves the impression the baby is being raised by a couple....and the baby sounds like twins. If the media writ large caves into this arbitary regime, it will become almost impossible for the reader to deduce who precisely is the subject or subjects of the story. See the example from progressive Canada:

A baby born in British Columbia, Canada is thought to be one of the first in the world not to be recognized as either a boy or a girl on their national health card.

Searyl Atli’s parent Kori Doty, who is transgender and nonbinary, is now fighting for British Columbia to issue a birth certificate without any specific gender, according to CBC. Doty, who uses the pronoun their, said they don’t want to assign the baby a gender until the child can decide for themselves who they are.

"I'm raising Searyl in such a way that until they have the sense of self and command of vocabulary to tell me who they are, I'm recognizing them as a baby and trying to give them all the love and support to be the most whole person that they can be outside of the restrictions that come with the boy box and the girl box," Doty told CBC.

Doty gave birth to Searyl in a friend’s home in November, so no “gender inspection” was done by a hospital. Canada did send Doty a health care for Searyl with a “U” on it instead of the typical “M” or “F” for male and female. “U” is thought to stand for “unknown” or “unassigned.”

Doty doesn’t want Searyl to have an experience like they had.

"When I was born, doctors looked at my genitals and made assumptions about who I would be, and those assignments followed me and followed my identification throughout my life," Doty said. "Those assumptions were incorrect, and I ended up having to do a lot of adjustments since then."

According to their website, Doty is a community educator and refers to themself as genderqueer.

Doty is party to a complaint against Canadian Vital Health Services in the British Columbia Human Rights Tribunal alleging that assigning a child male or female on a birth certificate violates their (the child’s? Or Doty’s?) human rights. In association with the Trans Alliance Society, the eight parties to the case want gender to be removed from Canadian birth certificates.

So far, British Columbia has refused to issue such a document for Searyl. Doty wants to change their own birth certificate (Kori Doty’s?) to remove their gender designation.

Is the baby's name pronounced more like Cyril, or Cheryl? I guess that makes it perfect for nonbinary interpretation.

Liberal journalists who insist the news is being dismantled by activists who ruin the news with fakery don't seem to mean this trend. On the contrary -- liberal journalists are the ones who cater to these wishes, and insist that "pronoun bigotry" be driven from journalism. What is left is a highly arbitrary and mightily confusing political correctness.

Believe it or not, liberal columnist Leonard Pitts called out the Doty crusade as "silly." He announced his support for the LGBTQ agenda, but drew a line here: Fight the sociology — not the biology. I tend to think Searyl would thank us for that. The English language would, too."