New York Times public editor Liz Spayd signed off with a final column on Friday warning that the Times and other liberal media outlets may destroy their own credibility by shirking truly independent reporting for relentless partisan spleen-venting. Liberals inside and outside the Times clearly did not want to listen to this -- thinking Spayd spent far too much time harping on liberal bias when conservatives will never be satisfied with the media. 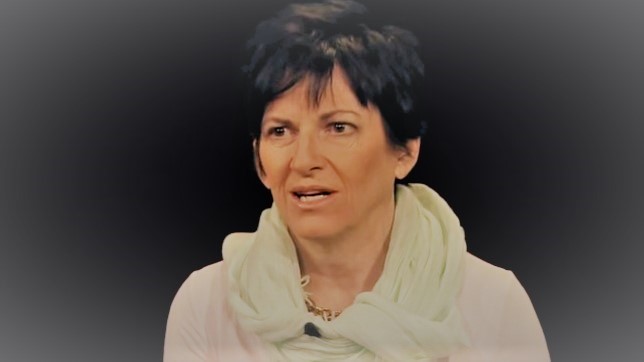 There probably hasn’t been a time in recent American history when the role of the media was more important than now. The Trump administration is drowning in scandal, the country is calcified into two partisan halves. And large newsrooms are faced with a choice: to maintain an independent voice, but one as aggressive and unblinking as the days of Watergate. Or to morph into something more partisan, spraying ammunition at every favorite target and openly delighting in the chaos.

If I think back to one subject I’ve harped on the most as public editor over the last year, this is probably it. Digital disruption and collapsing business models get all the attention, but the prospect of major media losing its independence, and its influence, ranks equally high among the industry’s perils. Derision may feel more satisfying, but in the long run stories that are measured in tone are more powerful. Whether journalists realize it or not, with impartiality comes authority — and right now it’s in short supply.

Conservatives would take issue with the idea that Watergate scandal coverage was the opposite of partisanship. But Spayd's fiercest critics say, obviously, "screw impartiality." They convene at the feet of leftist professor Jay Rosen, who rants against "false balance" (that is, to most of us, known as "balance") and the disabling "ideology of objectivity." As Slate's Will Oremus snobbishly described it, Spayd's role was supposed to be like a wise and patronizing liberal mother of the readership: "The real challenge, though, is to distinguish between their wishes and their true interests." Their "true interests" are in the socialist project, and any "wishes" for balance are "false." Spayd theorized:

Mike Morell, former acting director of the C.I.A. and a backer of Hillary Clinton, earlier this week likened the U.S. media’s reaction to Donald Trump to the Venezuelan media’s reaction when Hugo Chávez became president nearly 20 years ago. With little political opposition to Chávez, the media assumed that role, Morrell said, and ultimately lost its credibility with the Venezuelan people.

The U.S. isn’t Venezuela but the media here shouldn’t fall into the same trap. I don’t worry that The Times, or The Washington Post or others with the most resources will fail to pursue ripe investigative targets. And I hope they do. But in their effort to hold Trump accountable, will they play their hands wisely and fairly? Or will they make reckless decisions and draw premature conclusions?

Right now, both newspapers are drawing plenty of premature conclusions about how Donald Trump must have been illegitimately elected through collusion with the Russian government. Using an army of anonymous sources of "current and former U.S. governent officials," they're attempting to create an ineffective and dysfunctional government -- which might have happened on its own. But conservatives don't see idealism and independence in this press. They see a war to get Trump impeached. "Objectivity" or "fairness" can't be credibly raised as goals.

It’s not really about how many critics there are, or where they’re positioned, or what Times editor can be rounded up to produce answers. It’s about having an institution that is willing to seriously listen to that criticism, willing to doubt its impulses and challenge the wisdom of the inner sanctum. Having the role was a sign of institutional integrity, and losing it sends an ambiguous signal: Is the leadership growing weary of such advice or simply searching for a new model? We’ll find out soon enough.

Abolishing the Public Editor position is completely in line with the post-election media attitude -- that it's time to use the "Truth" to remove the cancerous tumor of Trump from the body politic. When Republicans control the White House and the Congress, only the media can apparently serve as the power center of the liberal movement.