Bre Payton at The Federalist reported on a shocking decision by The New York Times to out the CIA’s top official overseeing Iran, painting him as a “dark prince” pushing a hardline approach. Aren’t these the same journalists who were outraged in the Bush years that Valerie Plame was outed over the rationale for the Iraq War? And she was no longer a covert agent. Reporters Matthew Rosenberg and Adam Goldman began:

He is known as the Dark Prince or Ayatollah Mike, nicknames he earned as the Central Intelligence Agency officer who oversaw the hunt for Osama bin Laden and the American drone strike campaign that killed thousands of Islamist militants and hundreds of civilians.

Now the official, Michael D’Andrea, has a new job. He is running the C.I.A.’s Iran operations, according to current and former intelligence officials, an appointment that is the first major sign that the Trump administration is invoking the hard line the president took against Iran during his campaign. 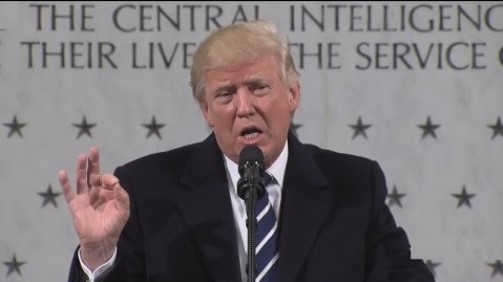 Iran has been one of the hardest targets for the C.I.A. The agency has extremely limited access to the country — no American embassy is open to provide diplomatic cover — and Iran’s intelligence services have spent nearly four decades trying to counter American espionage and covert operations.

So the Times has apparently made it the newspaper’s mission to make the agency’s work much more difficult and far more dangerous by publicly identifying the man in charge of its covert operations in the Persian country. The paper’s rationale? The report’s authors claimed that because the newspaper already outed D’Andrea in 2015 as the official in charge of a CIA drone program, ignoring desperate pleas from the CIA at the time to keep his name secret in order to protect both the agent and overall national security, it was kosher to out him as the agency’s new Iran chief in 2017.

Often, when CIA agents are outed, they are in potential danger, but apparently this does not concern the Times, since D'Andrea holds the wrong geopolitical views.

The C.I.A. declined to comment on Mr. D’Andrea’s role, saying it does not discuss the identities or work of clandestine officials. The officials spoke only on the condition of anonymity because Mr. D’Andrea remains undercover, as do many senior officials based at the agency’s headquarters in Langley, Va. Mr. Eatinger did not use his name. The New York Times is naming Mr. D’Andrea because his identity was previously published in news reports, and he is leading an important new administration initiative against Iran.