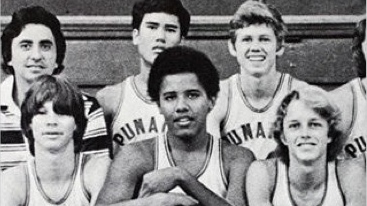 Sunday's New York Times Book Review displayed the newspaper's liberal tilt in two book reviews, side by side. On the left, Times editorialist Brent Staples lined up for another review lashing into David Garrow's Rising Star and defending Barack Obama and his highly fictional memoir Dreams from My Father. "Barack Obama vexed his biographers by beating them to his origin story," he began. "Critics have often pointed to misstatements, errors of fact and composite characterizations in the book without impeaching its central narrative."

This betrays a disdain for the importance of facts -- like stating that critics have pointed to Dan Rather's phony documents about George W. Bush, but they haven't "impeached his central narrative" that Bush was an entitled politician's son who didn't have the decency to go to Vietnam like John Kerry. The triumph of the liberal narrative is all that matters, and new facts are dismissed.

Staples then proclaimed Garrow "takes a hard line" on Obama's phony memoir: "This impressive if gratuitously snarly biography is clearly intended to break the 44th president’s monopoly on his personal narrative." So why is the liberal media -- now posing against Trump as the ardent enemies of "alternate facts" -- so comfortable letting Obama "monopolize" his narrative and keep his myth, since it's gotten him this far? Here's the nut graf of the Staples review:

Garrow argues that Dreams From My Father is neither memoir nor autobiography but “a work of historical fiction.” He further accuses the author of inventing a racial identity struggle that never happened and retrofitting his early life story to conform to it. In Garrow’s take-no-prisoners telling, the charismatic president-to-be subordinates his every breath — and his love life — to a politically expedient journey-to-blackness narrative. He seeks evidence from classmates, co-workers and others who claim not to recognize the anguished young Obama put forward in the book. But this approach collides with a well-worn truth about the man — that he was opaque and impenetrable even to the women who aspired to marry him. If Obama concealed his inner life even from those who thought themselves close to him, who can gainsay the version of the identity struggle put forward in his memoir?

​To Staples, the "well-worn truth" is that Obama gets to own the truth. If he was opaque to his friends and lovers, then who can dispute his own take on his youth? Staples clearly doesn't like Obama's white lovers, conveniently blurred into a composite, getting their own say. He gripes that Garrow's new focus on Sheila Jager, to whom Obama proposed marriage twice, "takes full advantage" of Garrow in telling her story.

Then Staples tries to argue that all of Garrow's focus on Obama's messy love/sex life doesn't reveal Obama as a fake. Oh no, it reveals how remarkably normal he is. His breakup with Jager "illustrates that he of the tidy memoir lived as messy a love life as anyone else." But he's only underlining the point that the "tidy memoir" is a convenient pile of lies about his personal mess.

At least Staples concluded by adding a few things he liked about the book, and then noted that Staples, like
​David Maraniss before him, engaged in long discussions with Obama about how he would be portrayed. Historian-control freak, anyone?

This book reminds us that the mediator’s pose is often a strategy of concealment. We learn in the acknowledgments, on Page 1,084, that Obama read nearly all of Rising Star before publication and argued intensely with Garrow about some of the characterizations — but did so in “off the record” conversations about which the reader is left guessing. What must it have been like to be a fly on the wall in that room?

On the opposing right page was another Times staffer, Book Review editor Jennifer Szalai, whacking Sen. Ben Sasse's new book The Vanishing American Adult. Don't mock millenials, she suggested, since they were the adults who voted against Trump, that so-called petulant child of a president:

Having a grandmother who attached a bassinet to her tractor doesn’t necessarily endow you with an ability to make distinctions or a sense of proportion. Nor does it save you from a sentimentality that seems almost willfully impervious to the facts at hand. As much as Sasse wants to indict millennials for our “crisis” of “character,” young Americans voted decisively against the presidential candidate who lacked any governing experience, bragged about groping women’s genitals and actively courted the bigoted vote; it was voters over the age of 65 who favored Trump by an 8 percent margin. To read The Vanishing American Adult is to reside in a parallel universe where older Americans stoically uphold standards of decency and responsibility, instead of electing to the country’s highest office a reality-TV star with six business bankruptcies to his name who brazenly flouts both.

Szalai found a political coherence in the book that she didn't like at all, a Republican coherence: 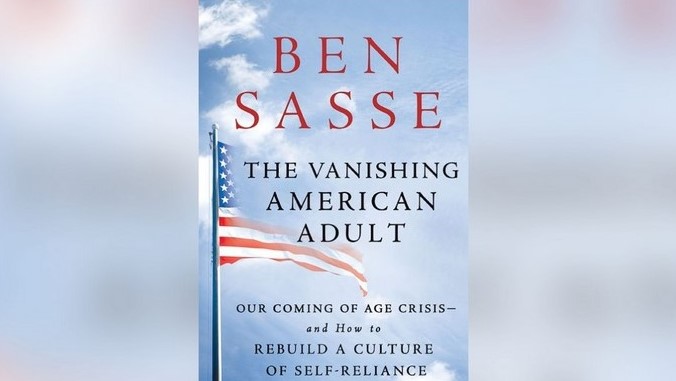 The Republican Party has been pushing a hyperindividualistic ideology for decades, fixated on the idea that the solution to every problem lies with each American falling back on his or her own personal reserves of “self-discipline and self-control.” In this unforgiving cosmology, there isn’t much room for forces that aren’t so amenable to an individual’s will — and sure enough, there isn’t much room for them in Sasse’s book either.

Economic scarcity? We’re an “exceptionally prosperous nation” whose biggest problems are the “surplus creature comforts” that “make a civilization fat and unambitious.” (He approvingly quotes a friend whose travels to Ecuador made him “realize that America’s poor are rich by comparison.”) Racism? The United States is now “free of the racist legal barriers that held back many Americans” and is “finally transcending our slaveholding past.” Sexism? What’s that?

It must be nice to be Ben Sasse, in a position to pick and choose the hardships one will adopt in order to learn some life lessons — and to feel morally superior for having triumphed over phony adversity. But to anyone who buys into the notion, especially now, that the country’s political future can be rescued by getting our toddlers to bring us our socks, one can only say: Good luck with that.

Bell calls the style of alt-comedy popularized by Janeane Garofalo and Marc Maron “black comedy but not Black comedy.” This book has both. And, most importantly, it’s funny.

In an interview with Transparent actor Jeffrey Tambor for their "By The Book" feature, they wrapped up by mocking Trump as a Dr. Seuss man:

NYT: What book should the president read?