David Brooks Whacks Trump on Taxpayer-Funded NPR: 'We Used to Have a Better Class of Criminal'

It was a high-drama week of big, anonymously-sourced anti-Trump scoops, and taxpayer-funded National Public Radio was ready to built momentum for impeachment. Its "Week in Review" panelists presented Trump as a crappy criminal, his team a "crew of vipers," and the American people by a "vast majority" wanting to end Trump's days in the White House. All this unanimity about Trump's extreme awfulness came on Friday's All Things Considered [Fakest Title Ever]. 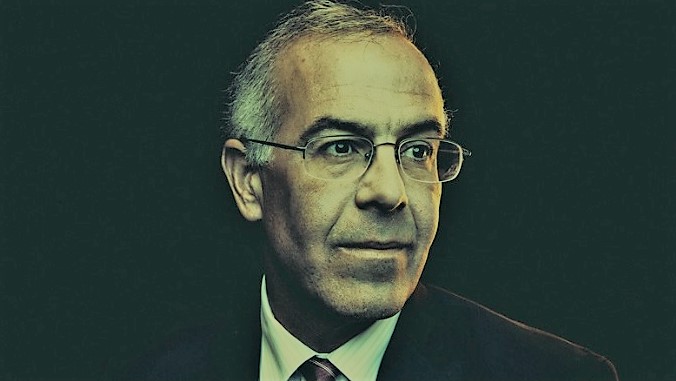 DAVID BROOKS: To me, the story of today, you know, we used to have a better class of criminal. When a president obstructed justice, he didn't brag about it. He would try to hide it, cover it up a little. But Donald Trump not only went on national TV and said he was trying to quash this investigation, he's apparently told our adversaries, the Russians. And so I really don't know if he's obstructed justice, but he is certainly bragging about it as if he did.

ARI SHAPIRO, anchor: I mean, you use the phrase better class of criminal almost jokingly, but, E.J., do you believe there's criminality here? Is that what the signs are pointing to?

E.J. DIONNE: I think we're getting close to that. I mean, it is really striking, this story that came out just now a few - a little while ago from The New York Times has Trump very explicitly saying that he got rid of Comey because he regarded him as a, quote, "nut job" and because he was getting in the way of his rapprochement with Russia.

Brooks painted a picture of "dozens and dozens of anonymous attacks" from within Trump's own disloyal staff making up "squads of Deep Throats," because Watergate analogies are apparently required:

And so that means you not only have some Deep Throat deep in the administration somewhere as happened in Watergate, it seems like there are squads of Deep Throats. And so that's something we've just not seen before.

SHAPIRO: And that seems likely to accelerate as things look worse and worse for the president, right?

DIONNE: Well, what you seem to have are people in the White House who are worried for the Republic, who worry about Trump.

Brooks suggested the Trump staff was a "crew of vipers," which sounds a bit like Jesus calling the scribes and the  Pharisees a "brood of vipers."

BROOKS: Nixon actually had quite a good administrative staff by the time Watergate hit, so the government could sort of go on and function, but nobody in their right mind is now going to want to join the crew of vipers over there in the Trump administration. So that's going to be an empty, dysfunctional administration no matter what else happens with the investigation.

Dionne suggested a "vast majority" is ready for the Trump presidency to be over. Democratic pollsters are asking the I-question, and Public Policy Polling insisted it was 48 percent for impeachment, 41 against.

DIONNE: I've been looking pretty carefully at the polls. And I think that when you're talking about a quarter of the country, 25 percent, who are true hardcore Trump holdouts, I think a vast majority of the country might be ready to see this end. You're going to need the evidence to push him out so you don't have that kind of backlash, but I think Republicans are going to have to start thinking about, can we govern this way? Can we go on like this much longer?

Dionne concluded the segment by suggesting the leftists will be looking to criminalize Vice President Pence next, and then impeach him, perhaps: "And now you have a new question which we never asked before, what did the vice president know, and when did he know it? Because now there's focus on what Mike Pence knew about Michael Flynn and all that."

By contrast, the PBS NewsHour chat with Brooks and Mark Shields was negative, but was far less full of invective than this NPR segment. Neither interviewer asked Brooks about his new column titled "When the World Is Led by a Child," where he insisted "mentally, Trump is a seven year old boy who is bouncing around the room." But Shapiro just accepts the crappy "criminal" reference, the "crew of vipers" reference, la dee dah. So why would they question the mean-spirited hyperbole?