The Hollywood Reporter has a new cover story on the “yuuge” year NBC's Saturday Night Live is having with its weekly sledge-hammering of Donald Trump. Interviews with the stars and writers confirm what we imagined. After the election, there was hugging and sobbing on the set:

COLIN JOST, CAST MEMBER: The day after the election got extremely sad and very disorienting. People didn't know what to write. No one was feeling very funny.

CECILY STRONG, CAST MEMBER: I saw Kate [McKinnon] in the hallway, and we hugged and sobbed.

There was also choking back tears as they prepared the cringeworthy “cold open” where McKinnon’s Hillary sang “Hallelujah.’” No one seemingly asked about the notion of Hillary Clinton singing, which she admits she cannot do well: 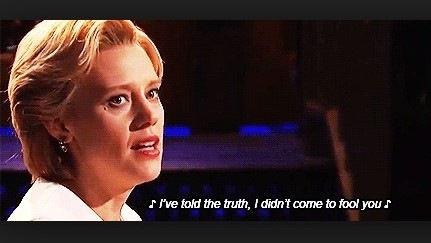 ERIK KENWARD, PRODUCER: Kate was always going to sing a song [for the cold open as Hillary]. One of the ideas was having her sing "Imagine," but then Lorne suggested "Hallelujah." Leonard Cohen had just died, and he'd been a big thing for Lorne growing up in Canada.

WRITER SARAH SCHNEIDER: Kate went down to the floor at one or two in the morning on Friday night. They were still building sets, and she was like, "Let me just go play it for you guys and see if it feels right." We all got choked up, and we thought there was no way she's going to get through it without crying.

McKINNON:  It was very emotional. On an extremely personal level, I had been playing this person for a year and a half, and I grew so attached to her as a person. That song so perfectly encapsulated what I wanted to say.

Executive producer Lorne Michaels had to give a pep talk on the day after the election that sounds extremely insincere, considering what NBC put on the air:

KENT SUBLETTE, WRITER: Lorne gave us this pep talk: "The world's not going to end tomorrow." As crazy as things are, he's right. "Half the country voted for Trump, and our show's for those people as well. It's not just for people who didn't want him to be president."

Everything SNL has done demonstrates the program is oriented toward the bitter Hillary clingers on the liberal side, from the unfunny “Hallelujah” segment to Cecily Strong and Sasheer Zamata sincerely, yet creepily singing “To Sir With Love” to President Obama as his term ended.

Writer Neal Brennan then revealed more McKinnon breakdowns: “Then Dave [Chappelle] read a poem that someone had texted him — I think it was [written by] Maya Angelou. Kate got emotional. It was a pretty charged environment.”

LESLIE JONES I asked Lorne, "How come y'all aren't bringing Rosie O'Donnell in [to play Steve Bannon, per her plea on Twitter] or any of them to do it?" And he was like, "When you're playing a character, you can't play it from hate. You have to play it from funny, because when you play it from hate, it looks like you're just being mean." I love Rosie to death, but he might have been right on that

And one last strange note, on how writers Chris Kelly and Susan Schneider, who write most of the harshest political skits, kept wanting to compare Ivanka Trump to the sinking of the Titanic, comparing Ivanka’s shoes and purses to people who drowned in the icy water: 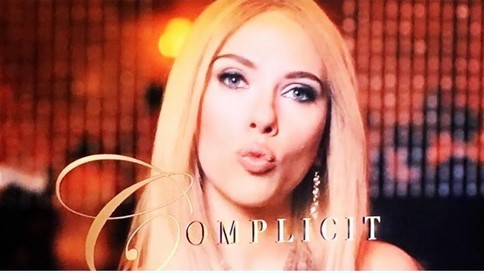 CHRIS KELLY We'd spend hours and hours trying to come up with an Ivanka sketch and then bail on it because it just didn't seem right. We had this Titanic idea when all the companies were dropping her products. We wanted to make it be like Ivanka was in one of her stores and then the Titanic music starts playing and suddenly the walls fall in and water rushes into the store and all of her shoes and purses fall off the shelves into the water.

SARAH SCHNEIDER While she lovingly says goodbye to all of them.

KELLY We really liked the image of everything just in slow motion falling down around her, and then we called one of the directors, and we were like, "Could we shoot on a soundstage and make it flood?" And he was like, "No, we can't." We really tried to jam through some Titanic-y idea for weeks, and then eventually we thought of this perfume angle [Complicit perfume, with Scarlett Johansson as Ivanka].