Count on The Washington Post to wallow perpetually in its own Watergate myth. When they were trying to take down President Nixon, it somehow wasn’t a liberal power grab and a way to crumble the Vietnam War. It was all a noble crusade for “truth,” because Democrats never lied to win an election or to….start the Vietnam War. 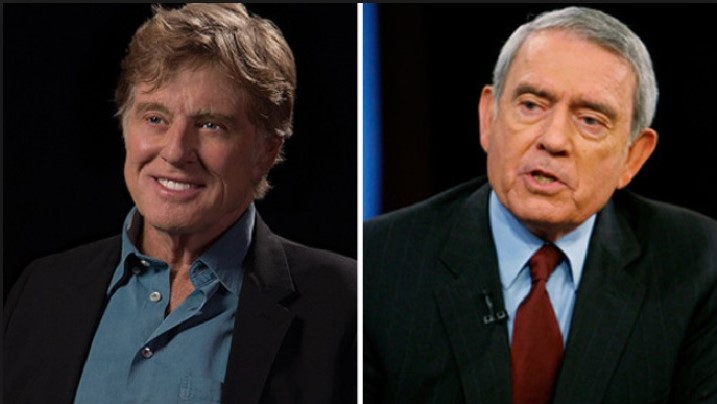 The latest salvo is an op-ed by leftist actor-activist Robert Redford reminding the Post readership that Redford was so impressed with Woodward and Bernstein that he made a movie out of their self-promoting Journalistic Hero story. The Post headline read:  “Robert Redford: 45 years after Watergate, the truth is again in danger.”

Speaking of someone warping the truth, has everyone already forgotten Redford made a ridiculous truth-mangling movie about Dan Rather, like he was somehow both Woodward and Bernstein (or Mary Mapes was his Bernstein) when they used phony National Guard documents to try and take down George W. Bush? Redford even dared to call it Truth. How Orwellian.

To the liberal hive, the truth was never in danger with Bill Clinton, or Barack Obama. When they fought with the conservative media, “truth” wasn’t at stake. But attack the liberal media, and “democracy” is well, dying in darkness, perhaps? Redford explained:

When President Trump speaks of being in a “running war” with the media, calls them “among the most dishonest human beings on Earth” and tweets that they’re the “enemy of the American people,” his language takes the Nixon administration’s false accusations of “shoddy” and “shabby” journalism to new and dangerous heights.

Sound and accurate journalism defends our democracy. It’s one of the most effective weapons we have to restrain the power-hungry. I always said that “All the President’s Men” was a violent movie. No shots were fired, but words were used as weapons.

Again, Redford could be more honest and state that “accurate journalism defends our Democrats. It’s one of the more effective weapons we have to stop power-hungry Republicans.” He’s dressing it up to sound nonpartisan, but if you’re smarter than a fifth grader, you’ll know better.

Back to Watergate, when liberals took down a Republican president, so the “system worked,” unlike, say the impeachment of Clinton, where they were the opponents of telling the truth and restraining the power-hungry:

The system worked. The checks and balances the Constitution was designed to create functioned when put to their biggest test. Would they still? Which brings me to the other half of the question: What’s different now?

Much. Our country is divided, and we have a tenuous grasp on truth.

Now is a different time. If we have another Watergate, will we navigate it as well? In a statement in May 1973, John Dean addressed what he described as efforts to discredit his testimony by discrediting him personally. He famously said: “The truth always emerges.”

I’m concerned about its chances these days.

In 1973 and 1974, there was serious corruption, and there were Republicans who cared about getting to the bottom of it. There was also an overwhelming and arrogant liberal media just being to sow its oats as the most dominant power broker in the country. Some Republicans already feared they would be bowled over by it.

But Hollywood rarely makes movies about corrupt Democrats and power-hungry leftists. John F. Kennedy is forever a hero. Bill Clinton was a little sleazy, but he persecuted by Christian hypocrites. Right now, they’re making gushy Barry Obama fan-fiction and selling it as history. That only underlines that the Left still thinks it can propagandize its way to victory.