Scott Pelley Honored for Snarky 'Bias for the Truth' 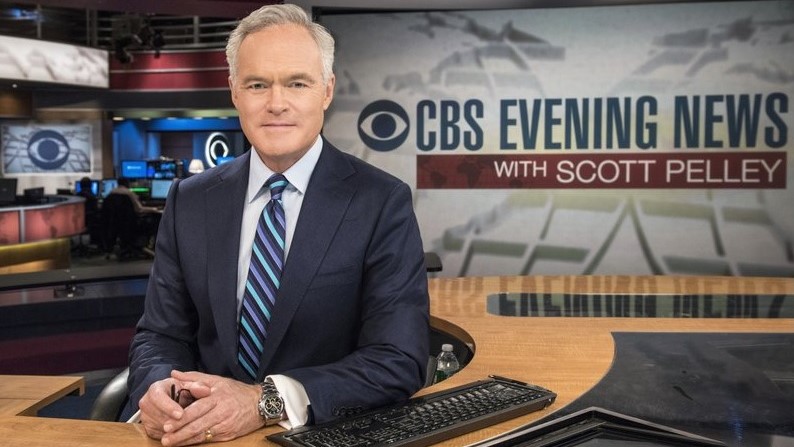 Washington Post media columnist Margaret Sullivan honored CBS Evening News anchor Scott Pelley on Monday in a column headlined “Scott Pelley is showing his bias for the truth.” Inside the Style section, the headline was “Good reporters can’t be neutral about the truth.”

The problem with this approach is wanting to have it both ways. Pelley has a “pro-truth” bias, but he’s somehow unbiased. He’s honored for calling Trump “divorced from reality” and calling Trump aide Kellyanne Conway a “fearless fabulist.” But somehow what Sullivan honors, those “dogged” and “blunter” judgments, are unbiased?

An anchor can call out politicians for making unsubstantiated statements, and Donald Trump’s made plenty of those. But does Pelley have a record of “pro-truth” reporting on Barack Obama? On Hillary Clinton? On Nancy Pelosi? When PolitiFact ruled Charles Schumer made a “Pants on Fire” mess on Rex Tillerson in January, was Pelley all over it? Or is he only attacking one side?

Sullivan’s column doesn’t really offer a “pro-truth” argument. It offers the hoary old “liberal bias equals truth” defense. She turned to old Ted Koppel crony Tom Bettag for spin. Pelley's lines may be "snarky," but “He is not biased or grinding an ax, but certainly some of those lines have bite in them.” This makes all the same sense as saying Pelley boldly downed a bottle of tequila in 15 minutes and he’s certainly sober. But this line continued, including from TV news analyst Andrew Tyndall: “To me, it’s not commentary. It’s actual reporting.”

Bettag says that makes perfect sense to him since Pelley’s background is as “a great reporter,” one who has been a war correspondent, who broke major stories in the Bill Clinton/Monica Lewinsky scandal, and who has done award-winning work for the network’s flagship news show, “Sixty Minutes.” Pelley took over as the evening news anchor in 2011 and also holds the title of managing editor.

“Scott sees himself in the Murrow and Cronkite tradition,” Bettag said, referring to the legendary, and sometimes outspoken, CBS journalists Edward R. Murrow and Walter Cronkite.

Pelley, and others at CBS, declined to comment for this column, saying the work speaks for itself. There is clearly every wish to avoid setting up CBS as anti-Trump or as partisan.

But, accepting Arizona State University’s Walter Cronkite Award last November, Pelley tipped his hand: “The quickest, most direct way to ruin a democracy is to poison the information.”

What a two-step! Pelley is honored for his higher level of sass against Trump, but he has “clearly every wish to avoid setting up CBS as anti-Trump or partisan.” That doesn’t pass the laugh test. Stop pretending he’s not partisan and anti-Trump. If you think America can’t survive Trump, just say it. But don’t claim you’re not taking a side.

This is where Sullivan gives the game away. If you associate the “Murrow and Cronkite tradition” with objectivity, you’re a liberal that’s cheering liberal bias and calling it something else. Both Edward R. Murrow and Walter Cronkite had long records at CBS for taking one "outspoken" side of political issues.

Dan Rather also claimed to be an acolyte in the Church of Murrow and Cronkite, and did he display a “bias for the truth”? People who honored him then, and still honor him now, aren’t honoring objectivity or accuracy. They’re liberals honoring bias.

It should be noted that Sullivan’s puff piece on Pelley did include one solitary quote from me, from an Associated Press story on Pelley’s “blunter” takes. “We’re going to remember, this is not the way you were with other presidents.” But then she uncorked that Tyndall “it’s not commentary” nonsense and failed to evaluate how Pelley reported on Obama.

Sullivan makes the same mistake Ted Koppel made with Sean Hannity. They assume that Hannity or Bill O’Reilly do opinion shows, but assume their loyal audiences are dumb and think they’re a news show. Then they turn around and insist Ted Koppel’s newscasts and Walter Cronkite’s newscasts were opinion-free, and fail to hear how dumb that sounds.