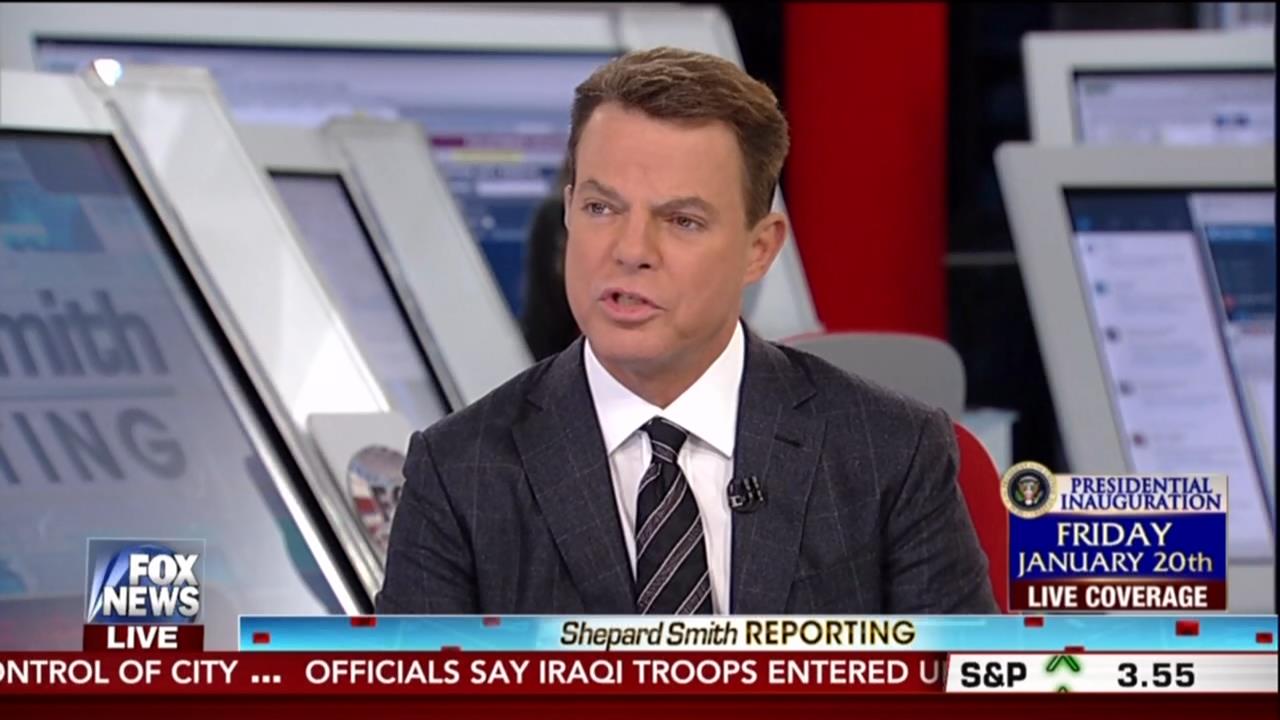 Washington Post media blogger Erik Wemple praised Fox News anchor Shepard Smith for a "dynamite discussion" -- Smith sounding like he thought he was an MSNBC anchor again. On his Friday afternoon program Shepard Smith Reporting, Smith pushed Chris Wallace to accept the liberal-media spin: “What is your take on the Trump strategy to delegitimize the reporters and the news organizations whose goal for the American people is to hold truth to power?”

Liberals like Smith can't seem to accept Trump's approach. It doesn't matter if you're the press or a business competitor. If you attempt to delegtimize him, he will offer you a healthy dose of what you are offering him. Arrogant journalists think they are beyond criticism. They pretend that attacking the media is like attacking democracy. But if the media's approval rating with the public is in the toilet, how can they claim to represent the public?

Wallace offered a balanced response, suggesting Trump (like Obama) has every right to criticize his press coverage, and maybe that criticism is just based on wanting only good press. Wallace also stood up for CNN and trashed BuzzFeed:

WALLACE: Well, look, there’s been plenty of biased reporting about Donald Trump. I think he’s legitimate in fighting back on that just as Barack Obama fought back on what he considered biased reporting. But there certainly have been cases where it seems like he’s just upset with the coverage, not with the bias — but the fact that it’s negative towards him and maybe rightly so. As long as it’s truthful, it’s legitimate.

…I know one of the things that you have been concerned about, and I think legitimately so, is all of the stuff this week on the issue of what CNN did and what BuzzFeed did. I think almost everyone can agree that BuzzFeed printing this 35-page dossier, this file of what Donald Trump called “crap,” completely unverified. News organizations have been trying to find proof of it for months and have been unable to. To put that out there, you know, is just like printing hearsay or rumors, totally irresponsible and totally against what we do. On the other hand, what CNN did, where you’re simply reporting, “This is what happened. The intelligence community briefed the president-elect on this oppo research, which is reportedly tied to the Kremlin.” That’s a fact and to me it’s a news story I don’t think there’s anything wrong with reporting that.

Smith continued with his liberal Dangerous Trump line of questioning: "I just wonder how dangerous you think it is if the Commander-in-Chief-to-be is making it part of his strategy to delegitimize those who are holding truth to power. It’s one of the cornerstones of our democracy.”

Wallace resisted: “I don’t think that’s quite fair, I mean, I’ve interviewed him plenty of times. I’ve asked him plenty of tough questions.” Smith replied “He doesn’t do it every time, but he does it."

At this point, Wemple interjected in his blog: "Is this really a point of contention after a year and a half of Trumpism? The question is not whether Trump does or does not attempt to delegitimize the media. The question is whether he does much else." But Wemple never pondered it from the point of view of Trump -- and the many voters who don't trust the media. He scolded Wallace for being too squishy: "A great journalist and hero of the debates of the 2016 campaign, Wallace is known for being fair and down the middle. In this case, he appears to be taking his moderation to extremes."

Deciding that Trump is allowed to dish it out and not just take it is an "extreme" position! Wallace did strike a decent balance in the battle of Trump Arrogance vs. Media Arrogance: 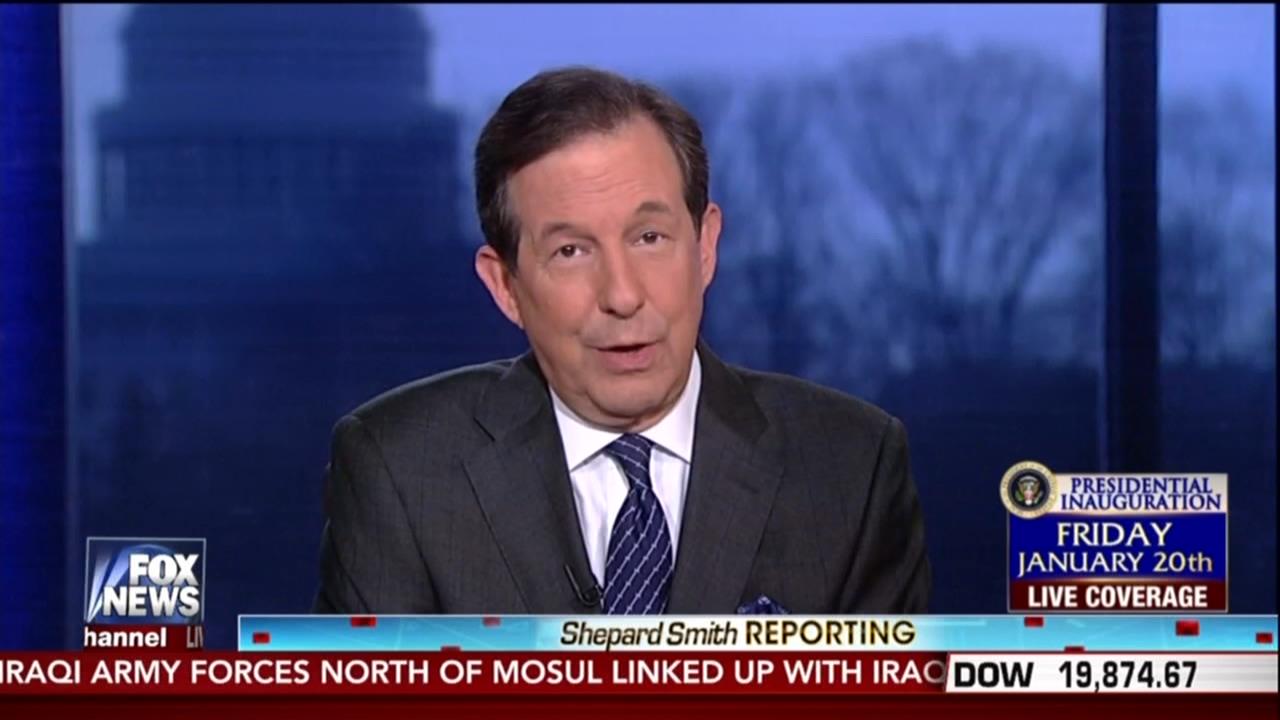 WALLACE: There were plenty of tough questions asked at that news conference that he took and answered, you know, as the way every president-elect or president does. He got into that fight with Jim Acosta of CNN. I will say, look. You can argue with what Trump did. You could also argue with what Jim Acosta did,  going over and over and over. I've never seen a reporter in a presidential news conference act that way.

SMITH: One’s a reporter. One is the future leader of the free world.

WALLACE: I know, they’re both big boys. They both get to fight back.  He gets a chance to fight back, and so do they. Look, I had Bill Clinton go after me once.

SMITH:  He did. That's a good clip. That's Googleable. That’s there on the YouTube, Chris.

WALLACE: Ten million people have YouTubed it. But you know, we’re big boys. If we're going to throw hardballs at political leaders, we gotta be ready for them to return fire.