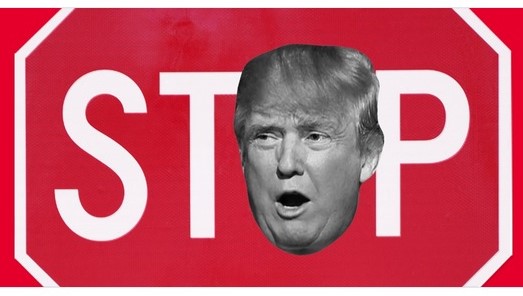 The Hollywood Reporter is touting how its own television wizard advises a media war on all things Trump. The headline is "In Order to Survive, Cable News Should Go Full Anti-Trump: There's one way for cable news to stave off steep declines over the next few years, writes THR's chief TV critic, and it involves embracing and channeling anti-Trump anger."

TV critic Tim Goodman -- one of the usual liberals who adored "serial killer chic" in Dexter ten years ago -- lectured that "if we must have cable news, perhaps it's time for the people who run it to face the facts: Millions of people just proved, definitively, that facts don't matter to them. [Italics his.] For everybody else, they know you didn't or couldn't make facts matter, and so they are out searching for actual journalism..."

This point can't be overemphasized: People angry enough to both pay for quality journalism and invest the time in reading in-depth about what's happening in the country, or will happen over the next four years, have almost no tolerance for or interest in what you can provide. Again, you failed them — they will leave. Bank on it.

But in the remaining audience, you will find people looking for partisanship in their "news." These people are searching, in anger, for some payback, some comfort in what just happened but — let's not kid ourselves — they want to do it from their couches with minimal effort, which is why they will still watch TV news. They are Democrats and Independents that now will want their version of Fox News.

And you — someone, anyone — would be insane not to give it to them.

Much older people who still believe, quaintly, that a half-hour of reasoned and theoretically objective news can be had out there will watch broadcast network news. Much younger people, who are suddenly more pissed off or frightened than ever before, will support the Vice cable empire. But the group still tuning in to "traditional" cable news in 2017 and beyond can be yours if you stop pretending to be objective or, worse, "balanced."

That model is dead.

Any cable channel wanting ratings in the next four years will go full-bore anti-Trump. They will not pretend to be fair or balanced. They will go after every blunder, every shocking decision, every ounce of anything that indicates Trump is wrong, is failing, is alienating either half the country, the rest of the world or people in his own party. They will pounce. If you want to win the ratings race, you need to outfox Fox News. But far more cunningly, you have to be even less of a transparent "fair and balanced" pile of horseshit and be a blatantly, aggressively and even giddily anti-Trump machine for "justice" or "change" or "truth" or whatever branding slogan you need (which, ironically, you can dress up as "journalism" if it makes you sleep better at night).

What I'm talking about here is not CNN or MSNBC trying to call out Trump decisions from this point in the transition until 2020 with half-veiled snickers. Because that will be dressed up as some asinine four- or six- or eight-person talking-head "discussion" that we've seen a million times before. That notion of talking something to death under the guise of having all positions represented on the panel is yesterday's bad idea.

Obviously, Goodman hasn't looked at any of the public-opinion polling on how many Americans have little or no trust in the media. Or, perhaps, he's seen the terrible polls and the facts don't matter to him!