At a time when the liberal media's aggression against the Republican nominee has never been more obvious, Mediaite ran a bizarre article by John Ziegler on Monday night headlined "Trump Claiming ‘Liberal Media Bias’ Is an Insult to Conservatives and the Truth." Somehow he compared Donald Trump to the murderer O.J. Simpson:

In short, Trump, a liberal con man to whom the news media has actually been quite kind, claiming that he is a victim of the very real problem of media bias, is almost exactly like Simpson laughably theorizing that he was framed by the LAPD because of racism.

There's nothing laughable in the charge that the problem of media bias against Trump isn't "real." You may argue Trump is not a movement conservative (many did during the primaries and many still do). But the reality of media bias against Trump surrounds anyone who follows the political media right now. Ziegler then launches into arrogant boasting about how he takes media bias too seriously to face "fake fighters against bias" like the "conservative" "Media Research Center." That's a lot of quote marks: 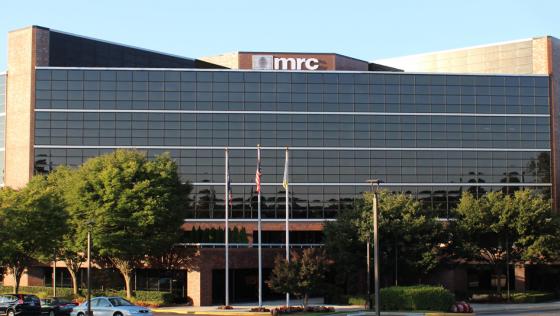 This topic of “liberal media bias” is one which I take particularly seriously because I have devoted an enormous amount of my life and career as a talk host, columnist, and documentary filmmaker to proving the case that vast majority of the news media is dangerously biased towards Democrats and liberal ideas (a case which gets even stronger literally every day). I have not only spent the time and effort in the trenches in defense of what I once perceived to be a just and critical cause, but I have the personal scars to show for it (unlike fake fighters against bias like the “conservative” “Media Research Center” which fundraises off of bad media coverage and wouldn’t exist if the problem ever really got solved).

Dear John: We don't know what we did to deserve this Breathalyzer-worthy rant. Many of us have spent most of our careers building the case against liberal media bias. There's nothing "fake" about it. You don't provide one "fake" example. If we are somehow insincere to fight the good fight for 30 years insincerely to keep the money coming in -- then can't it just be easily turned around on your career?

It's understandable that Ziegler is upset that many in the conservative media lined up with Trump in the primaries. It might even be understandable that Ziegler is mad that the MRC is still identifying how the media proves daily it's seeking a Trump defeat in the general election. Apparently we should somehow be taking two months off and knitting Reagan quilts. But it's offensive to insist anyone who disagrees with your tactics is whoring themselves out for (non)profit.

Ziegler then claims there's really nothing much in the Wikileaks emails:

At first glance, this argument may seem to have some merit. However, on further inspection, I defy anyone to tell me what has been learned recently from Wikileaks about Hillary Clinton herself which is remotely on par with the revelation that Trump is being accused of being a serial groper who likes to brag about grabbing “pussy” while in the process of doing job-related TV interviews, and then blatantly may have very well lied about it at a presidential debate. I have asked for an answer to this inquiry on both Twitter and Facebook several times and gotten nothing of substance in response.

Ziegler can't even stay consistent in the same article. Wikileaks is somehow a trivial trove, and then later he proclaims it could have been momentous enough to help Bernie Sanders defeat Hillary: "if they had been willing/able to strategically release this stuff during the primaries, we might all be seriously looking down the barrel of a Bernie Sanders presidency."