On NPR, WashPost Editor Says Trump's 'Against Everything About American Democracy'

On Tuesday’s Morning Edition on National Public Radio, they turned to a liberal media eminence to explain just how easily Hillary Clinton is winning this election. Washington Post assistant managing editor David Maraniss was just an “Author” in their online headline. NPR co-host Steve Inskeep began: “David Maraniss is with us next. He's an editor of The Washington Post, a biographer of Bill Clinton and a longtime observer of Hillary Clinton, here to talk about what the Clinton campaign does now that it has an advantage over Donald Trump.” 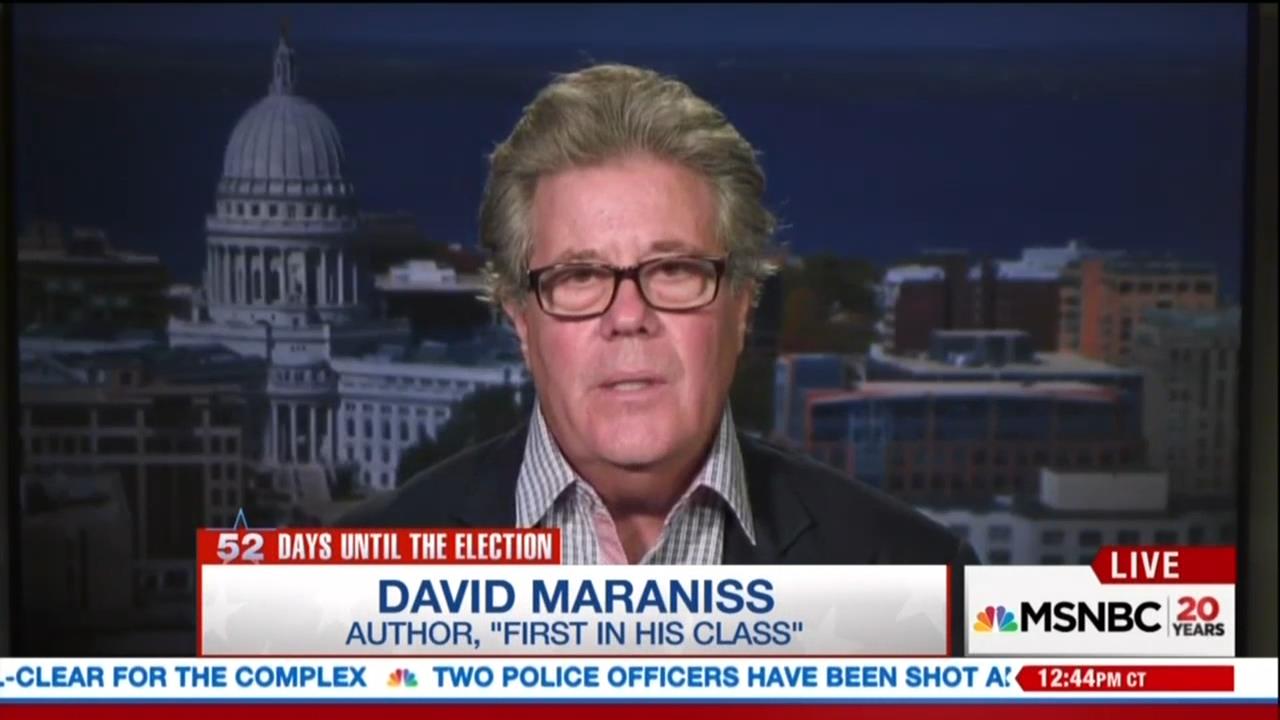 Armed with all this authority, Maraniss proceeded to talk exactly like a hyperbolic MSNBC surrogate for the Clintons, claiming that Trump’s jail quip in the second debate proved Trump was “against everying about American democracy” and represented the view of a “tin-pot dictatorship in which politicians jail the other side.” This is the actual debate transcript:

HILLARY CLINTON: I told people that will be impossible to be fact checking Donald all the time. I'd never get talk about anything I want to do and how we’re going to really make lives better for people....you know, it is -- it’s just awfully good that someone with the temperament of Donald Trump is not in charge of the law in our country.

DONALD TRUMP: Because you'd be in jail. [Whoops, applause.]

As MRC’s Brent Baker told the Washington Examiner, “All Trump did was quip 'you'd be in jail' if he were president – simply suggesting that she would have been held accountable by a fair and impartial Justice Department.” Well, that’s not how it was seen inside the liberal NPR bubble:

STEVE INSKEEP: There were some people observing the debate on Sunday night who made the comment that they thought that Hillary Clinton could have gone after Trump more, could have been more devastating in that debate than she necessarily was.

DAVID MARANISS: Well, you can make that argument. And she was criticized some for her performance in the debate, but her main objective had to be to just get through it and let Trump be Trump. So I think that all of the discussion about Hillary in that debate is almost irrelevant. The central point of that debate came when Trump said that if he were president, she would be in jail. It was against everything about American democracy and everything else in that debate should be sort of diminished in light of what - that particular statement. And so the discussion beyond that is almost useless.

INSKEEP: Would you explain why you say that's against everything that American democracy stands for?

MARANISS: Well, it's a tin-pot dictatorship in which politicians jail the other side - their opponents - without, you know - without going through the rule of law. Everything about the U.S. Constitution is based on the rule of law and that just sort of said I don't care about that.

At least Inskeep stepped outside the bubble to offer Maraniss an opposing view:

MARANISS: You know, you can make strong criticisms of Hillary Clinton's treatment of the emails, but it did go through the justice process. The FBI investigated it. The FBI director who is no friend of Hillary Clinton's decided not to prosecute, and in every case, that's the way the American system works -- or is supposed to work.

That is as close as NPR seems to be getting on why Clinton critics would be arguing that Hillary is the one in tinpot-dictator mode, with her team using “BleachBit” to cyber-shred her e-mails and taking hammers to cellphones so that Congress can't get information it requested. The FBI director, James Comey, is under new scrutiny, for his very generous grants of immunity to Clinton aides. If you put the names of top aides like Cheryl Mills or her server maintenance crew at Platte River Networks or the word “BleachBit” in a Nexis search of NPR transcripts, you get “No documents found.”

Somehow NPR has entirely forgotten the “tin-pot” echoes of former president Bill Clinton meeting at an airport with Attorney General Loretta Lynch just days before her department declined to prosecute Mrs. Clinton.NPR reported in July this meeting created a “real appearance problem,” but then the liberal amnesia sets in.

NPR’s “fact check” of this debate exchange carried this bit of analysis from legal reporter Carrie Johnson: “The FBI director said ‘no reasonable prosecutor’ would bring a case against Hillary Clinton over her email messages. Law enforcement, traditionally, operates independently of the White House. When that barrier breaks, bad things can happen, like Watergate-era firings and resignations.”