RuPaul Charles, America’s most famous drag queen and host of RuPaul’s Drag Race for the LGBT channel Logo, can also be politically flamboyant. In an interview with New York magazine’s Vulture blog, he dropped a pile of F-bombs and superlatives for Hillary Clinton. In an interview hailing RuPaul for his first Emmy nomination, he touted “how powerful, persuasive, brillant, and resilient she is.”

Her success in a “white-male-dominated culture” is “an act of brilliance, of resilience, of grit, of everything you can imagiine...I think she’s f—ing awesome.” 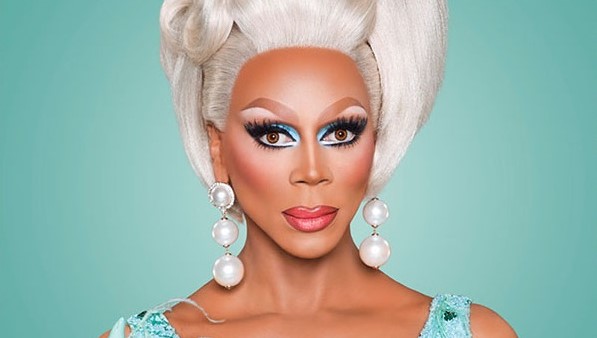 What do you think about Hillary Clinton and the Democrats?

[Laughs.] I fucking love them. I have always loved them. And let me just say this: If you're a politician — not just in Washington but in business and industry, you have to be a politician — there are a lot of things that you have to do that you're not proud of. There are a lot of compromises you have to make because it means that you can get this other thing over here. And if you think that you can go to fucking Washington and be rainbows and butterflies the whole time, you're living in a fucking fantasy world. So now, having said that, think about what a female has to do with that: All of those compromises, all of that shit, double it by ten. And you get to understand who this woman is and how powerful, persuasive, brilliant, and resilient she is. Any female executive, anybody who has been put to the side — women, blacks, gays — for them to succeed in a white-male-dominated culture is an act of brilliance. Of resilience, of grit, of everything you can imagine. So, what do I think of Hillary? I think she's fucking awesome. Is she in bed with Wall Street? Goddammit, I should hope so! You've got to dance with the devil. So which of the horrible people do you want? That's more of the question. Do you want a pompous braggart who doesn't know anything about diplomacy? Or do you want a badass bitch who knows how to get shit done? That's really the question.

Just before that, RuPaul was asked about Trump, and he suggested the GOP nominee represents our culture making a violent change from caterpillar to butterfly:

What do you think about what's going on with Donald Trump and the Republican Party?

When you break it down, this is about mankind moving forward and the people who are resisting that forward movement. When a butterfly makes a metamorphosis from being a caterpillar, there's a violent exchange between caterpillar and butterfly. And what we're witnessing is this violent exchange and a rejection of the movement forward. It's so uncanny, and it's so clear that that's what's happening, even as it relates to what's happening around the world, with these horrible tragedies. There are people who are rejecting the forward motion of mankind. And they don't want to be present for what's happening because they don't want to change, because change would mean they'd actually have to look at themselves and go, "Who am I? What am I? And how do I relate to this world?"

When the magazine asked about the Islamic terrorist who shot 49 people dead at the Pulse nightclub in Orlando, neither the interviewer or interviewee had a thing to say about Islamic radicalism. Instead, the mass murder was about egotism, so it more relevant to Trump than Islam:

All of us have been sold this idea that we deserve the whole world, and that everybody's going to get the big house, the big cars, the two and a half children, and all of this stuff that the media sells us. And then people who don't get it get angry. And they say, "Dammit, if I'm not going to get mine, no one's going to get it!" So we get angry, and from the anonymity of a keyboard online, we troll people, we put them down. Some people go to the extent of killing people or being horrible in that way. And that's obviously the extreme. But we all have that element. I think the way we approach this is we need to acknowledge that area of our consciousness that lives in all of us, and we need to start that dialogue. We need to recognize it when it pops up.

It's all throughout the whole Trump thing: Ego wants to divide us up. Ego wants to believe that we're separate from one another, but the truth is there’s only one of us here. So for us to move forward, we have to acknowledge that element in us, and then when it comes up, say, "Thank you for sharing, but I'm going do this, because I'm not going to act on my fragile ego."