When NPR Morning Edition anchor Steve Inskeep isn’t offering gentle interviews to President Obama and comparing him to Abe Lincoln when interviewing his aides, he goes out and interviews journalists who say that Obama is “the great terrorist hunter in the history of the American presidency.”

The journalist was Jeffrey Goldberg of The Atlantic, who's written a very long 20,000-word opus on "The Obama Doctrine," and as usual, the president grants access in exchange for gush: 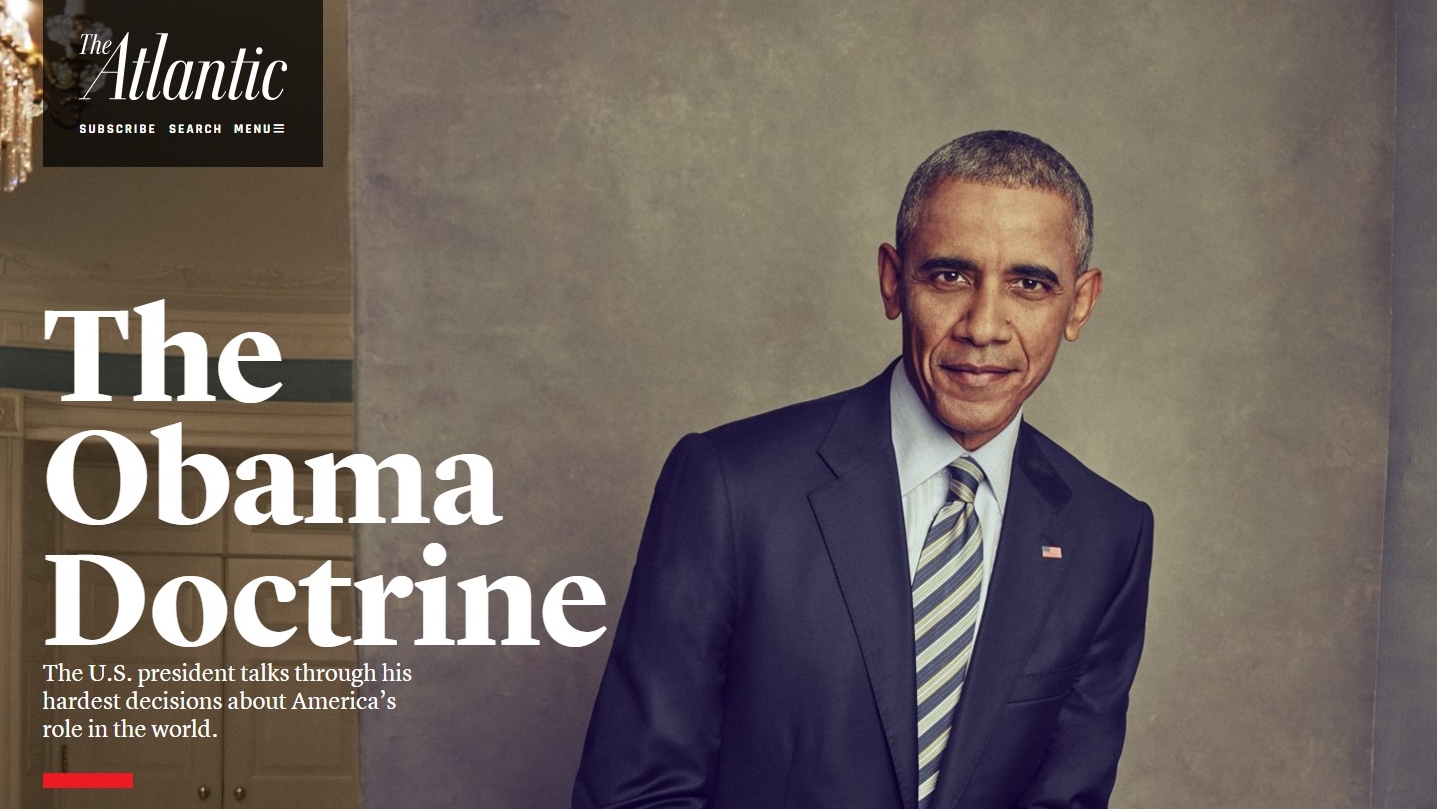 STEVE INSKEEP: You've got a quote here that I wrote down - nobody remembers bin Laden anymore, the president says to you. Nobody talks about ordering me 30,000 more troops into Afghanistan. The red line crisis, he said, is the point of the inverted pyramid upon which all other theories rest.

INSKEEP: What did he mean by that?

GOLDBERG: He's clearly bothered by the fact that people think of him as a weak national security president. And his argument is - and this is true, what I'm about to say - is this president who has this reputation is the greatest terrorist hunter in the history of the American presidency. I mean, we just saw in the last week the 150 militants in Somalia wiped out by a U.S. strike. Who ordered that strike? There's a record there, and he...

INSKEEP: This is a guy who used drones in ways that many people --

GOLDBERG: --This is a guy who has killed terrorists in seven or eight different countries.

Barack Obama, Super Hawk! When NPR stations are in their pledge-drive weeks, they should tell their liberal listeners "Your donations make it possible for us to present Barack Obama in the most favorable light possible!"

INSKEEP: President Obama contends his biggest foreign policy mistake was actually a success. He said that to Jeffrey Goldberg of The Atlantic. Obama spoke of a choice he made in 2013. He backed away from ordering an attack on Syria. The president did not enforce a red line he had been understood to draw against Syria's use of chemical weapons. Jeffrey Goldberg says this is how the president talks of that decision now.

INSKEEP: Why did you think it was important to dig in and better understand that foreign policy decision a couple years later? More than that, even?

GOLDBERG: Because he told me that this was a hinge moment of his presidency. He suggested this very strongly to me, that this was the moment that he, quote, "Broke with the Washington playbook," end quote. And I asked him what he meant by the Washington playbook, and he says, you know, there's literally a playbook on the shelf in the foreign policy establishment in the Pentagon, in the State Department that says if country X does this, then the United States does Y. And he believes that the playbook is over-militarized, that - and it's kind of a cruise missile playbook. If these people do this, then I'm going to fire this missile at them.

This is called having it both ways. On one hand, he's the greatest terrorist hunter ever; and on the other hand, he's the cool-with-force rebel who won't use the "cruise missle playbook." Make up your mind, you geopolitical myth-makers. Perhaps he's also a master politician:

INSKEEP: You're saying that the president not only defends that decision, but believes it was a success.

GOLDBERG: The quote from the president - and I was somewhat taken aback the first time I heard him say this - is he's very proud of this moment. He's very proud of the moment he decided not to do the thing that everyone seemed to want him to do. So you can interpret this two ways. One is that's true. The other is that this is a master politician at work, and he's kind of doing a little bit of jujitsu -- in other words, telling people, the moment that you think is my weakest moment as president is actually my best moment as president.