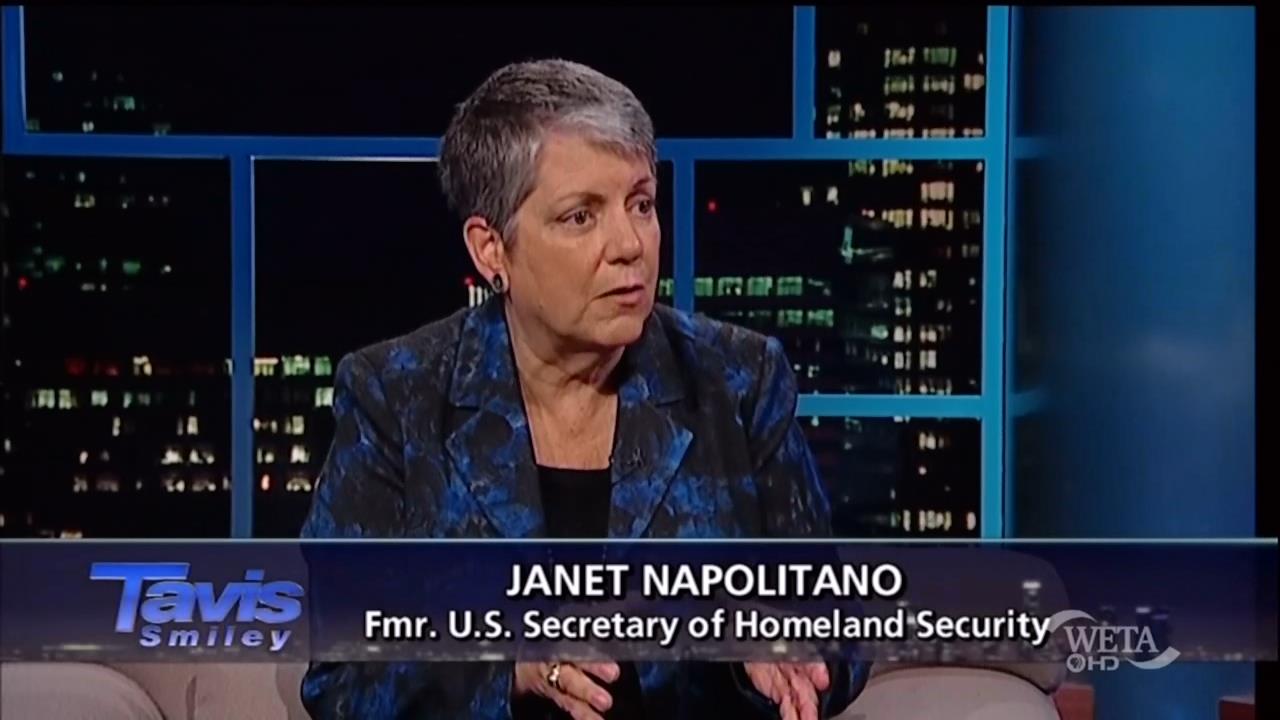 One might think the New York Times Book Review would never “stoop” to allowing a Bush cabinet secretary like Tom Ridge to review a book on the Bush record on terrorism. But on Sunday, they selected former Obama Homeland Security Secretary Janet Napolitano to review a new book titled United States of Jihad by CNN national security analyst Peter Bergen.

The beyond-weird headline in Sunday's edition – over courtroom drawings of Nidal Hasan, Faisal Shahzad, and Umar Farouk Abdulmutallab – was “All-American Terrorists.” Deep in the middle, J-Nap started sticking up Obama as a tough guy in fighting “man-caused disasters,” er, terrorism:

Social media, online magazines like Inspire and the virtual jihadist community also amplified the vitriolic messages of terrorists like the American-born cleric Anwar al-Awlaki, whose incendiary sermons and writings have had a profound effect. Immediately after Sept. 11, Awlaki had appeared as the face of moderate Islam in the United States — he condemned the attacks on television and even garnered an invitation to speak at the Pentagon. He later fled America and ended up in Yemen, where he became the foremost English-speaking advocate of jihad and, ultimately, the operational leader of Al Qaeda in the Arabian Peninsula.

Many of the jihadists Bergen profiles possessed Awlaki’s sermons or writings, and some even corresponded with him or traveled to Yemen to meet him; Nidal Hasan, the lone-wolf Fort Hood shooter, wrote so often to Awlaki without response that Bergen says his correspondence took on “the tone of an unrequited lover.” It is in part through his profile of Awlaki and the terrorism he plotted that Bergen effectively counters the narrative that Barack Obama is a “weak” president. Bergen notes that President Obama has authorized more military actions in Muslim countries than any previous president and that the most conservative estimate identifies more than 3,000 drone strike fatalities during his tenure, including much of Al Qaeda’s leadership. He is the first president since the Civil War to authorize the assassination of another American — Anwar al-Awlaki himself.

The credit line only says Napolitano was “president of the University of California” and  "a former secretary of Homeland Security and a former governor of Arizona." It doesn’t mention which president she served, or which political party she represents. Low-information readers wouldn’t understand the glaring conflict that’s being hidden.

Times public editor Margaret Sullivan previously reviewed complaints from the Left that they used a reviewer too close to Henry Kissinger, and yet that conflict was in no way as obvious as this.