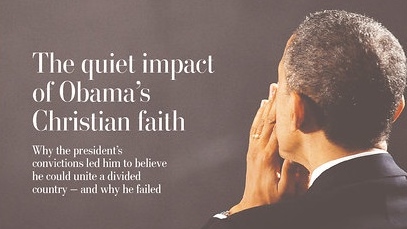 Within hours of sliming Ted Cruz’s daughters as cartoon monkeys, The Washington Post presses were churning out Wednesday’s front page. At the top, it read “The quiet impact of Obama’s Christian faith.”

Next to the beginning of this meandering 2,826-word opus was this summary in bold type, marinated in the usual scolding of Obama critics:

President Obama, who did not grow up in a religious household, has relied on his Christian faith in trying to bring civility to the nation’s political debates. But no modern president has had his faith more routinely questioned or disparaged, and the nation has grown more polarized during his presidency.

Fact checker, please? Does the Post really want to “scientifically” attempt to prove that George W. Bush’s faith was less disparaged? Or that he discussed his spiritual awakening less?

This sappy spectacle was authored by Post reporter Greg Jaffe, who back in 2010 pulled a similar trick in placing Obama next to the last president. He reported Obama was waging a far more aggressive war on al-Qaeda than Bush had.

A large chunk of this story, the beginning and the end, focused on an Obama speech at a Charleston church after nine people were senselessly murdered there after a Bible study in June – an occasion on which it would seem awfully hard to avoid talking about church. We're told Obama wrote large chunks of this speech in longhand and told speechwriter Cody Keenan it was okay: "When you've been thinking about this stuff for 30 years, you'll know what you want to say, too."

In the article, Jaffe makes clear his mention of unparalleled questioning of Obama’s faith is based on the polls:

Obama did not grow up in a religious household and became a practicing Christian as an adult. He has written more extensively about his spiritual awakening than almost any other modern president, addressing it in two books before he was elected to the White House and in more than a dozen speeches since.

His faith had been central to his identity as a new kind of Democrat who would bring civility to the country's political debates by appealing to Republicans through the shared language of their Judeo-Christian values.

With just one year left in his second term, Obama now holds a different distinction: No modern president has had his faith more routinely questioned and disparaged. Recent polls show that 29 percent of Americans and nearly 45 percent of Republicans say he is a Muslim.

He has repeatedly said in recent months that one of his biggest regrets is that he will leave behind a country that has grown more polarized and distrustful during his two terms in the White House. "There's all this goodness and decency and common sense on the ground, and somehow it gets translated into rigid, dogmatic, often mean-spirited politics," Obama said in a recent interview [in the liberal New York Review of Books].

Jaffe can’t seem to locate the notion that Obama’s attempt to implement policies based on executive orders is an example of rigid and dogmatic politics, or that some of his utterances are mean-spirited, like in August comparing Republicans to Iranian hardliners who chant “Death to America.” He claims to abhor “self-righteousness,” but routinely puts his on display.

Jaffe claimed Obama hopes to reach out for bipartisan work on criminal justice reform, gun control, and the closing of the prison at Guantanamo...as if there’s any reason for optimism. 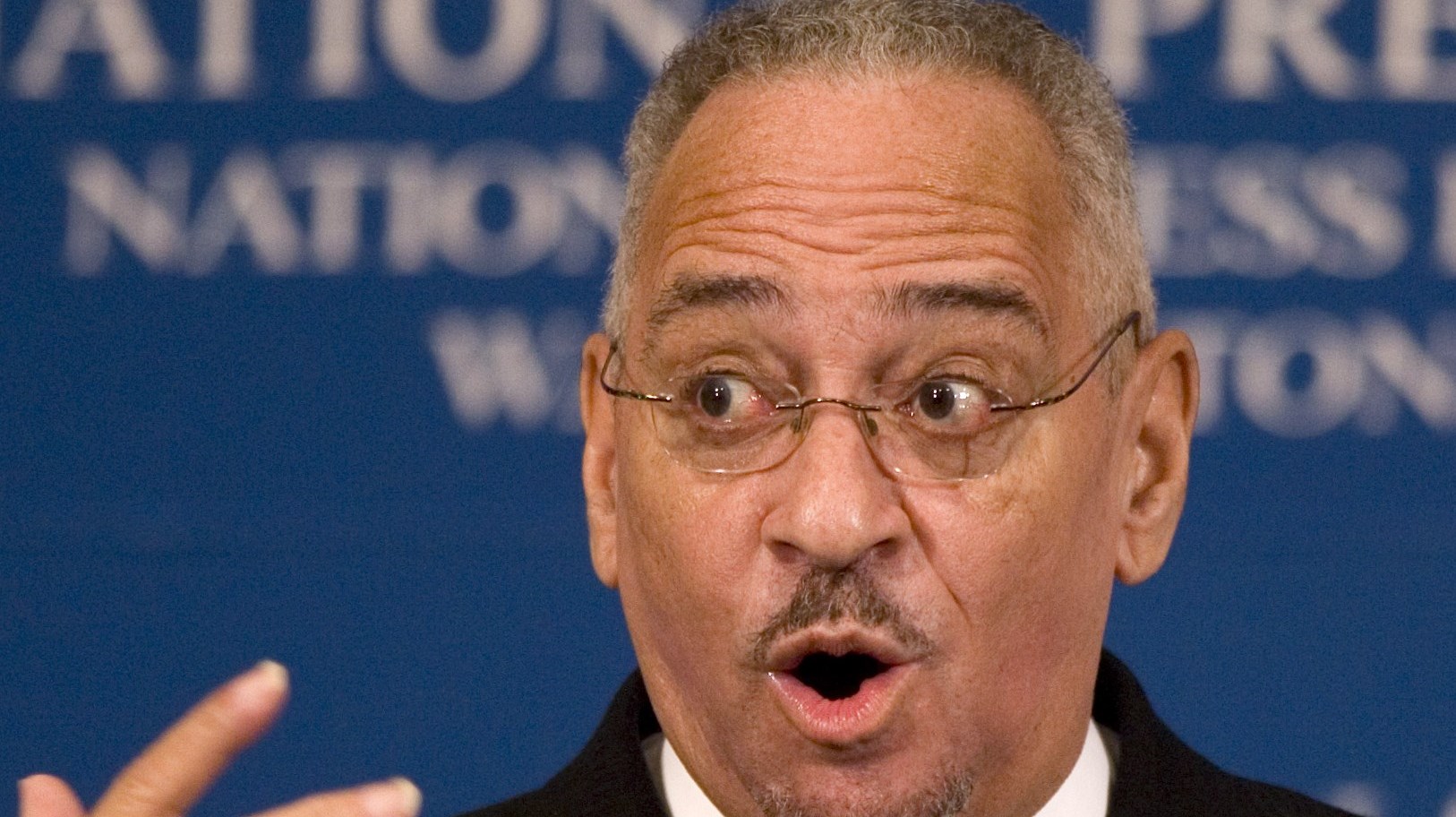 In paragraph 21, Jaffe arrives at an old and often-told story, of Obama’s 2004 email exchange with Dr. Farr Curlin,  a Catholic doctor in Chicago, and how Obama used that exchange to talk about faith in his campaigns and his campaign memoir The Audacity of Hope. (Naturally, Jaffe never goes anywhere near Rev. Jeremiah Wright or his church, despite that memoir's title being inspired by Wright. Jaffe only discusses what Obama wants discussed.)

By paragraph 39, Curlin eventually brought things up to date by protesting how his Catholic faith is being discouraged in Obama’s America. “We’re at a point eight years after he was elected where people who want to embrace and live out what the Catholic Church teaches about what it means to be human, including on issues of sexuality and marriage, are feeling much less free to talk about it in public than they were before.”

An actual rebuttal from Republicans on our divided politics didn’t come until paragraph 61. As usual, the opposing view is only briefly touched upon:

Republicans, meanwhile, have blamed Obama for the rift, arguing that he has used his faith to press for progressive change on issues such as immigration reform, accepting Syrian refugees and same-sex marriage, but has dismissed their faith-based opposition as intolerance. “He’s a lecturer. He finger-wags a lot,” said Peter Wehner, who ran the policy idea factory in George W. Bush’s White House and wrote admiringly of Obama’s evangelical outreach in 2008. “One gets the sense if you are a conservative Christian that he’s instructing you rather than trying to bring you along.”

As usual, Jaffe and the Post then make sure to rebut that view with a happy, glowing conclusion – despite the fact that we easily know that all of Obama’s words in June went nowhere until the Post tried to recycle them:

In the tragedy of the Charleston shootings, Obama saw a chance to recapture some of the spirit that had fueled his rise in 2004 and animated the early hope of his presidency.

“That’s what I’ve felt this week — an open heart,” he told the mourners in Charleston. “That, more than any particular policy analysis, is what’s called upon right now.”

Twice Obama spoke the opening words of the Christian hymn “Amazing Grace.” He then closed his eyes and bowed his head. Slowly and hesitantly, he began to sing.

In the middle of all of Jaffe’s sugary and dated text, the Post put a poll on “Democratic/Republican friendliness toward religion” and how “Democrats win more support form less religious voters.” It seems to rebut the article, in that Obama’s political base wants his faith to be as “quiet” as possible, almost nonexistent -- unless it can be put on display after a church shooting.