James Taranto of The Wall Street Journal wrote his last column of 2015 on a John Kerry profile by New Yorker editor David Remnick, and a Rolling Stone interview with Kerry. He found this exchange with Jeff Goodell in the aging-hippie magazine “unhinged” in tone: 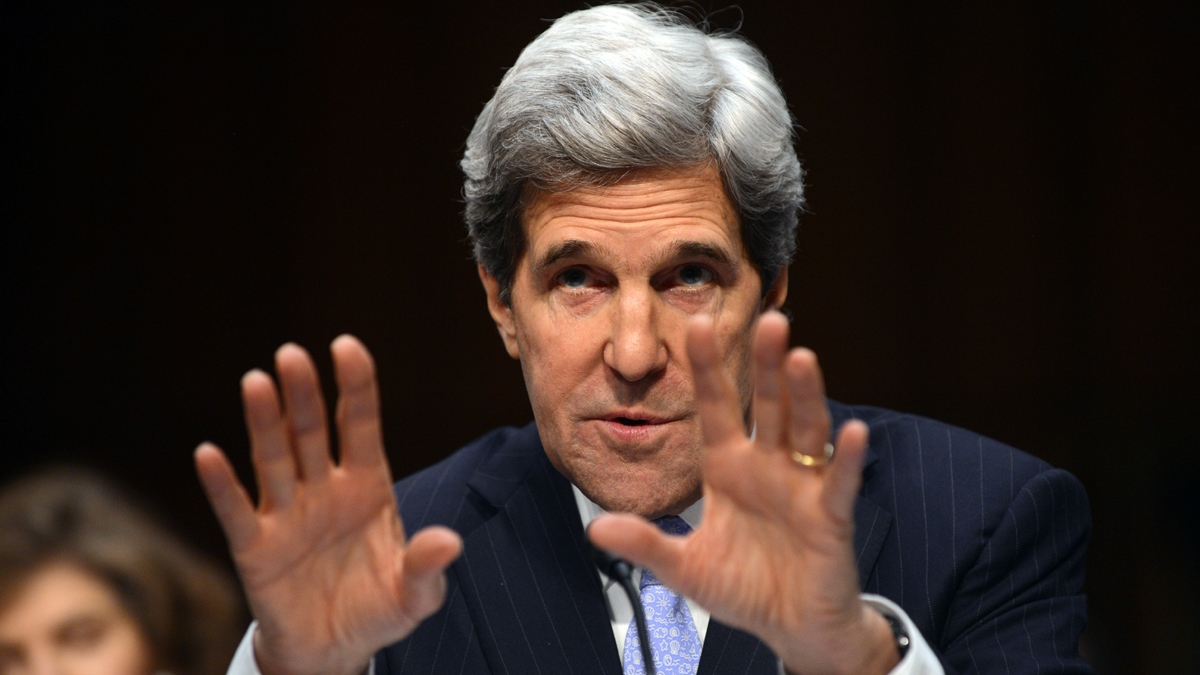 Q: Given your characterization of climate change as a national-security threat, when you look at what the Koch brothers and Exxon Mobil are doing—as you know, Exxon Mobil is being investigated by the New York state attorney general for lying to investors about what it knew about climate change—

Q: Given what’s at stake, do you consider Exxon Mobil or the Koch brothers an enemy of the state?

Kerry: Well, I’ll leave it to other people to assign metaphors or allegories. I would prefer to try to build the consensus necessary, and we don’t get there if we start accusing people of things. So we need to try to bring people into an understanding. I don’t think we’re going to do it with the Koch brothers. But I think that Exxon Mobil stands potentially to lose billions of dollars in what I would imagine would be one of the largest class-action lawsuits in history.

Taranto responded: “Imagine if a supporter of Donald Trump called a domestic political adversary an “enemy of the state” and Trump responded in a similarly noncommittal way. The liberal media would denounce not only Trump but every other Republican who refused to repudiate such irresponsible and hateful rhetoric. Here, the source of the rhetoric is the liberal media.”

It is a bit bizarre that a hippie magazine founded in part on resisting the American "national security state" would start identifying traitors.

Much of Taranto’s piece noted how Remnick picked a scab by asking Kerry and his wife about the 2004 election, and how Teresa Heinz Kerry is still bitter over it, and her husband tells her to ifle-stay in front of the ournalist-jay. But Kerry does tell an Afghani candidate he needs to concede a fraudulent election....like Kerry did in the American election of 2004. (?)

“Several days later,” Remnick notes, “Abdullah Abdullah conceded and joined the Afghan government.” So it’s possible Kerry succeeded in making a virtue not only of necessity but of his own rather unhinged view of the 2004 election.