This is how AP is promoting the story on Twitter: 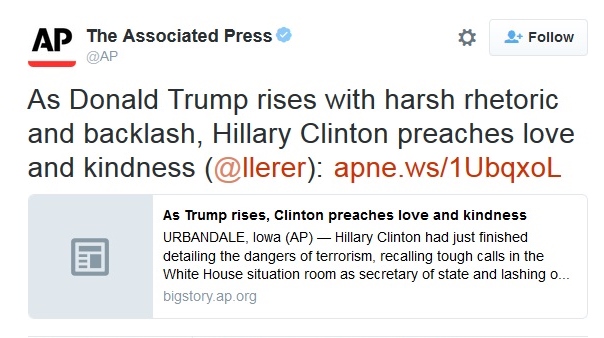 AP’s Lisa Lerer and Ken Thomas began oddly, noting the “kindness” message came on the heels of her accusing Republicans with threatening the safety of the American people:

Hillary Clinton had just finished detailing the dangers of terrorism, recalling tough calls in the White House situation room as secretary of state and lashing out at her Republican rivals for threatening the safety of Americans. 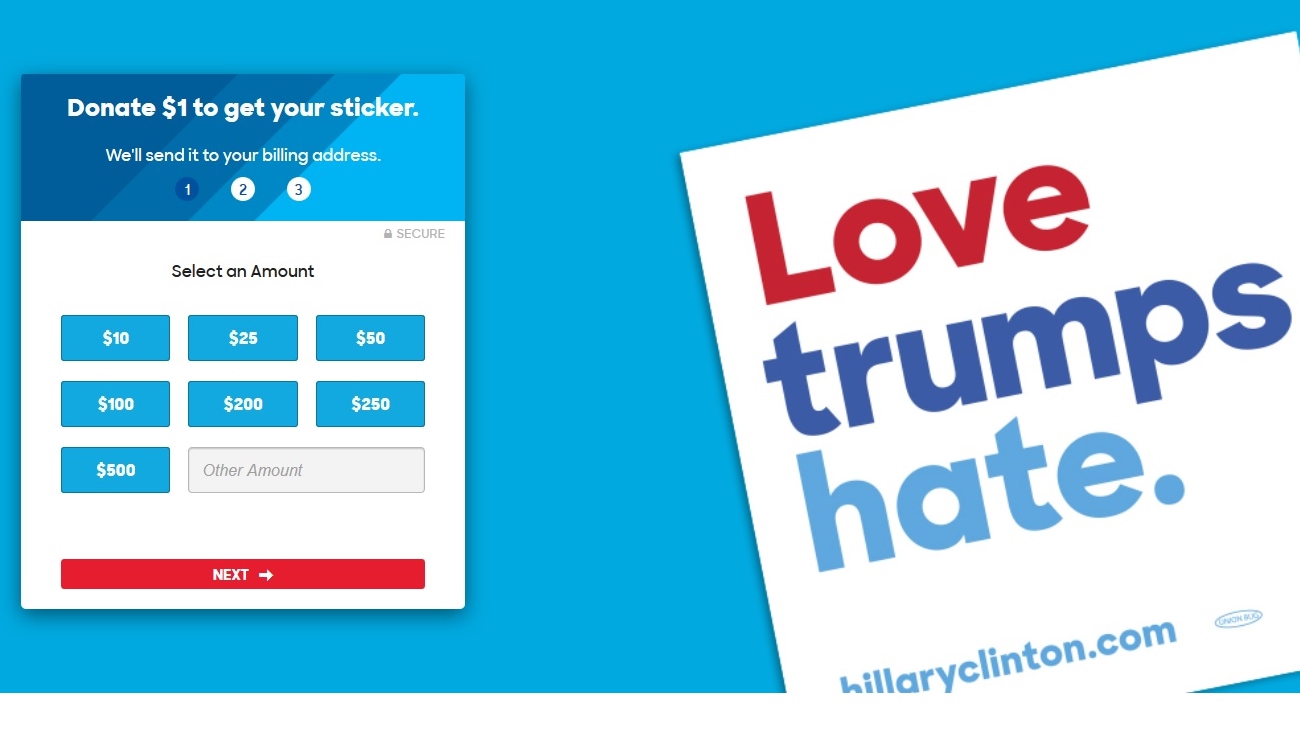 But when an Iowa man broke into her riff with a question about how the country could confront a new wave of hate and fear, her response sounded less like that of a commander in chief than of a soothing self-help guru. "We've got to do everything we can to weed out hate and plant love and kindness," she told a crowd of several hundred.

The lovey-dovey message seems surprising coming from a Washington veteran so battle-hardened that she often cites Eleanor Roosevelt's mantra about women in public life needing "skin like a rhinoceros." But as she grapples with Donald Trump's prominence in the Republican race, she's embraced a little love and kindness as a near-constant refrain.

In Alabama, she told lawyers celebrating the 60th Anniversary of the Montgomery bus boycott that justice means "standing beside love." In Atlanta, Clinton promised black ministers she'd run on a "love and kindness platform." After Trump said he'd block Muslims from entering the country, her campaign quickly churned out a new catch phrase: "Love trumps hate."

The AP duo allows that Mrs. Clinton is a “divisive” figure remembered for screaming "vast right wing conspiracy" on TV, someone Republicans think comes across “as warm and cuddly as a porcupine,” but they’re enjoying promoting this theme:

Today, Clinton rarely ends her remarks without asking her audience to consider adding some "love and kindness" to their daily lives. The line entered her stump speech as an ad-libbed aside during an address to mayors days after the Charleston church shooting that killed nine in June.

"It may be for unusual for a presidential candidate to say we need more love and kindness in this country, but I think that's exactly what we need," she said in Salem, New Hampshire, on Tuesday.

Her approach — and the implicit contrast with Trump — has attracted some people.

This is not the first time Lerer and Thomas have carried Clinton water. After the Benghazi hearing in October, their dispatch began with, well, love and kindness:

Hillary Rodham Clinton turned an 11-hour congressional grilling into a campaign call to action on foreign policy, using a make-or-break appearance before the Republican-led Benghazi committee to display a commanding, presidential presence under a barrage of questions.