On the front page Saturday, Eric Lichtblau of The New York Times chronicled another example of the Obama administration’s historic resistance to the free flow of information: an “aggressive assault” curtailing the ability of inspectors general to get access to records inside their agencies.

This inspector-general system was created in 1978 as a post-Watergate reform, so it looks a little ironic that a liberal Democrat is trampling on the Watergate reformers of his own ilk. Lichtblau explained: 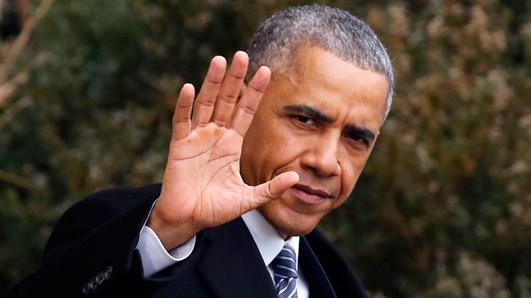 Not surprisingly, tensions are common between the watchdogs and the officials they investigate. President Ronald Reagan, in fact, fired 15 inspectors general in 1981. But a number of scholars and investigators said the restrictions imposed by the Obama administration reflect a new level of acrimony.

“This is by far the most aggressive assault on the inspector general concept since the beginning,” said Paul Light, a New York University professor who has studied the system. “It’s the complete evisceration of the concept. You might as well fold them down. They’ve become defanged.”

While President Obama has boasted of running “the most transparent administration in history,” some watchdogs say the clampdown has scaled back scrutiny of government programs.

Unsurprisingly, the TV news networks are too busy pounding on Donald Trump's 9-11 memory lapses and questioning if "anti-abortion" activists are causing violence to spread this substantive story. It didnh't help that the Times gave it a snoozer of a headline: "Inquiries Stall As U.S. Limits Access to Data." It's not Obama and his team who are preventing transparency, it's just the "U.S."?

Lichtblau began with the story of a Drug Enforcement Agency raid in Honduras that killed four civilians – “drug agents in a helicopter in 2012 reportedly killed four unarmed villagers in a boat, including a pregnant woman and a 14-year-old boy.”

The continuing Honduran inquiry is one of at least 20 investigations across the government that have been slowed, stymied or sometimes closed because of a long-simmering dispute between the Obama administration and its own watchdogs over the shrinking access of inspectors general to confidential records, according to records and interviews.

The impasse has hampered investigations into an array of programs and abuse reports — from allegations of sexual assaults in the Peace Corps to the F.B.I.’s terrorism powers, officials said. And it has threatened to roll back more than three decades of policy giving the watchdogs unfettered access to “all records” in their investigations.

“The bottom line is that we’re no longer independent,” Michael E. Horowitz, the Justice Department inspector general, said in an interview.

The restrictions reflect a broader effort by the Obama administration to prevent unauthorized disclosures of sensitive information — at the expense, some watchdogs insist, of government oversight.

The Times story noted and quoted senators from both political parties objecting to the clamping down on inspectors general, who are used to a much freer rein in previous administrations. Shouldn’t this weigh on how journalists evaluate the legacy of President Obama? His legacy, in part, is squashing all information that might cast a shadow on his legacy.