Dan Zak the Hack Pats Hillary's Flack Sid On the Back

The liberal bias of Washington Post Style section writer Dan Zak emerged again at the top of Style on Wednesday, lionizing Sidney Blumenthal, Hillary’s controversial private adviser. Less that two weeks ago, the Post’s Amber Phillips offered a more balanced and informative take. Zak could only cite him as a man of “ruthless intelligence” who’s a magnet for “Benghazi inquisitors” and “Hillary nuts.”

The latest batch of Sid-grams dropped on Friday, like Halloween candy for a community of junkies that had gone a full week without a fix — the Benghazi inquisitors, the Hillary nuts, the Beltway journalists who’ve spent 30 years looking askance at that sharp-elbowed insider named Sidney Blumenthal. 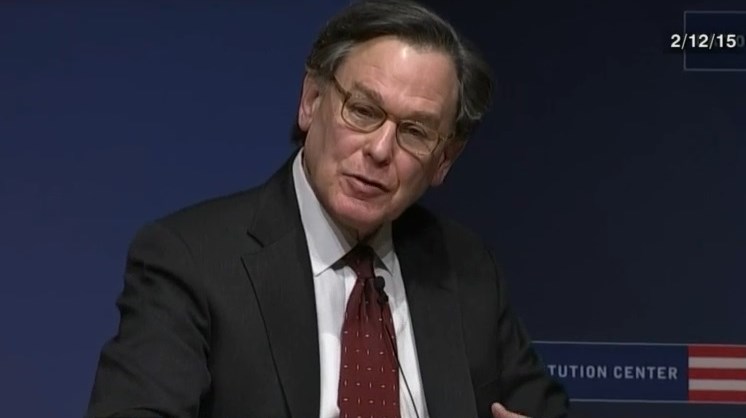 While Phillips noted he was nicknamed “Grassy Knoll” in the Clinton White House for his love of conspiracy theories and that he’s a private adviser to Hillary – paid by the Clinton Foundation – because Team Obama wouldn’t allow him to join the government, Zak carefully tiptoed around that sad fact. “His e-mail address begins with ‘SBWHOEOP,’ a cocktail of his initials and the White House e-mail domain '@who.eop.gov.' It seems this ex-adviser to President Bill Clinton wanted to preserve the West Wing cred he surrendered at the turn of the millennium.”

Neither Phillips nor Zak could manage to locate any mention of Blumenthal’s financial interest in all his advice to Hillary on Libya – in a private security company called Osprey Global Solutions. Too “grassy knoll” to mention?

Zak assembled Democrats and Republicans alike who think he’s a “public intellectual” with “very unique insight.” You get the sense Blumenthal will happily put this sticky valentine in a scrapbook on his “fascinating career.”

"I think he is, in some ways, a public intellectual who is also capable of being -- and I don't mean this in the bad sense of the word -- a propagandist," says longtime Democratic political consultant Bob Shrum, a friend of Blumenthal's. "He's trying to advance a message. And he's deeply loyal to the Clintons."

...To partisans, he’s either the polestar of Clintonian malfeasance or a symptom of Republican mania. From the subject lines of his e-mails, though, “Sid” just seems like a pal who’s always got the inside scoop.

He’s just a pal with the inside scoop! A public intellectual and a propagandist in the best sense of the word! Only the “nuts” truly object to his sage and loyal advice to Hillary.

Usually anonymous sources are used by the Post to trash their named rivals, character assassination with all the rewards and none of the drawbacks. But Zak finds a “former Republican campaign strategist” with a bleeding heart for Blumenthal’s pain. Does that mean the source is a former strategist, or a former Republican? I’d guess the latter.

His fluency in both spin and policy, his true-believer passion, his ruthless intelligence — all of these are likely reasons that the Clintons haven’t blocked his e-mail address.

“He is someone who has cultivated and nourished relationships with a wide array of people over the span of a long and just fascinating career,” says a former Republican campaign strategist who has been friends with Blumenthal for three decades. “That he’s been thrust into the light as a Fox News cartoon of a conspiracy-minded Democratic operative is, I think, painful for everybody who knows him, and especially for him and for [his wife] Jackie. You can’t talk about Sid as a human without ultimately coming back to his very unique insight into American politics and the way things work, which people really should respect and revere.”

When the source is anonymous, we don't know if he or she is a business partner or a relative or a college friend...or a former Republican. But Zak should be embarrassed to portray Blumenthal as a innocent, wronged individual -- as if Blumenthal isn't the most aggressive of character assassins.

This is the man who in his book The Clinton Wars approvingly quoted his son Max – as a college student – writing amateurish poetry after the 1998 midterms asserting Newt Gingrich was homosexual:

Goodbye Newt you fat fruit
Go back to Georgia and play your skinny skin flute
Goodbye Ken Deathstar
You can’t shine a light when you hyde from your own shadow
Your lizardly molestigation is
Just a crutch for pale political pyromania
Burning America in a cast of stagnation
But that cast cracked when we turned our votes in...