Perhaps the only anti-gun blowhard less surprising than Geraldo Rivera after a mass shooting is ex-CNN host Piers Morgan, still prattling on about how his biased journalism in Britain stopped school shootings for good in the UK.

In the London Daily Mail, Morgan emptied out a thesaurus of synonyms for evil on the National Rifle Association, claiming like Ed Schultz that they love it when people get shot to death on campus: 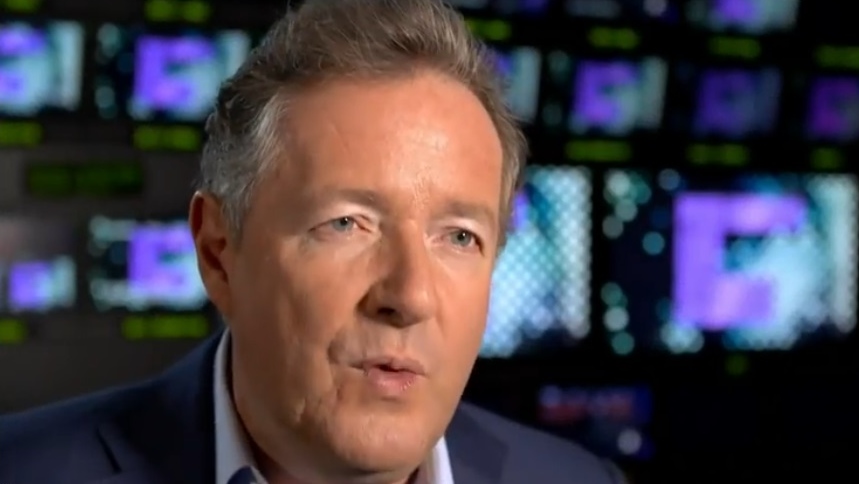 The National Rifle Association is responsible for America’s appalling culture of violence.

It is the most invidious, vile, greedy, callous, selfish, brutal, uncompromising and nasty lobby group on the planet.

The NRA doesn’t care how many people die, how many men, women and kids get blown to pieces.

It cares solely about selling guns and ammunition because it is directly financed by the billion-dollar gun manufacturers....

Obama also directly addressed the NRA’s much-vaunted claim that ‘more guns’ is the only solution: ‘How can you, with a straight face, make the case that more guns will make us safer?’ he asked.

The truth is that the NRA doesn’t have a straight face.

It has a twisted, deviant face. One that cons and cajoles, bullies and threatens, lies and smears.

The blood of those poor students in Oregon will mean yet more gun sales, yet more money pouring into the NRA and yet more massacres.

This sickening cycle will continue until enough decent Americans rise up and say: ENOUGH.

PS: Morgan did blame the media and Obama as he wound up for the anti-NRA rant. (Apparently, Morgan is indicting himself for failing to fix America while he bloviated on CNN):

We could blame the U.S. media for collectively failing to put enough pressure on legislators to do anything about such a catastrophic, ongoing epidemic of death and horror. In Britain, after the Dunblane school massacre in 1996, the media were instrumental in persuading politicians on all sides to come together and ban most guns from civilian hands.

I know, because I was running one of the newspapers, the Daily Mirror, at the time. Britain hasn’t had a single school shooting since that day. America, which did nothing after Sandy Hook, has endured 142 more school shootings since that horrible day alone....

We could blame President Obama. A man who has now served for six years in the White House and who has made, by his own admission, public on-camera statements about 15 mass shootings in his tenure. Each time, Obama frowns, he scowls, he grits his teeth, he feigns a tear or two, and he bangs on about how America must do something to stop these massacres. But what has he actually achieved? Nothing.

But the NRA is "deviant" and "evil," Piers said in a tweet:

The deviant, evil NRA is to blame for Oregon massacre. My new column: http://t.co/LePXByoUAO