While Chris Cuomo worried out loud on Friday about The New York Times questioning an excessive focus on the religion inspiring ISIS when they resort to rape, the same concern about stereotypes didn’t come up pseudo-Catholic Cuomo for the Catholic-bashing front of The Washington Post. In “Pope urged to address clergy sex abuse in visit,” religion correspondent Michelle Boorstein repeats the never-ending stream of allegations that the Vatican has never done enough to appease critics and accusers and their trial lawyers on commission. 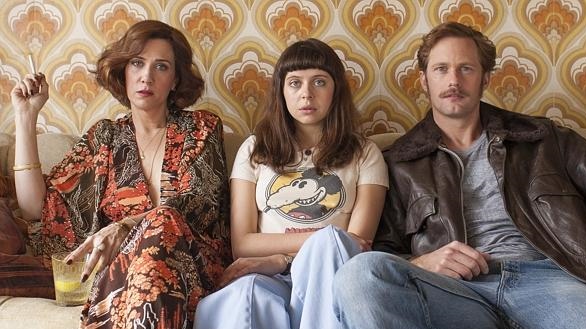 It’s quite a contrast with the Post’s Weekend section, where film critic Ann Hornaday is praising the new movie Diary of a Teenage Girl (four stars out of four stars!), where a 15-year-old girl is seduced by a 35-year-old “man-child” who’s dating her mother. Online the headline called it "funny, forthright, and daringly frank." Since there’s no organized global religion involved, the child abuser “isn’t so much the villain of this piece as one more misguided seeker whom [filmmaker Marielle] Heller treats with more amused compassion than disdain.”

Hornaday doesn’t suggest this plotline of statutory rape is a good idea – it’s “understandable, if woefully ill-advised” – she finds the film’s moral landscape so bleak that “his interest in [the 15-year-old] Minnie begins to feel almost reassuring in comparison.” It’s all just a “chapter of her sentimental education.”

Boorstein’s article on allegations of clergy sex abuse are, as usual, centered on an activist who claims he was abused by a priest from 1969 to 1976, and his “activism toward [against] the church.” John Salveson founded a group called the Foundation to Abolish Child Sex Abuse, which favors the complete elimination of any statute of limitations on abuse lawsuits.

(By the way, in 2013, Salveson was elected Vice Chair of  the Board of Directors of Philadelphia’s NPR powerhouse WHYY, which might raise questions inside the liberal PBS/NPR sandbox if he were an “Islamophobe” instead of someone who written about “my unlimited anger against the Catholic Church and all it stood for.”)

Salveson claims that Father Robert Huneke first performed oral sex on him when he was age 13 in 1969. Boorstein added “Huneke eventually followed Salveson to college to pursue his own academic work, and the relationship continued until Salveson was 20 and broke things off with the priest.”

Clergy sex abuse is a crime and a dreadful mortal sin. But a seven-year “relationship” that lasts into the college years starts to cross the line into consent. Salveson wrote it this way for a Notre Dame magazine:

This was the start of seven years of sexual abuse, which included most any sexual activity between two males that you can imagine Through all of this, I took frequent trips with Father Huneke and often spent time in his room in the rectory. We drank a great deal of alcohol. This helped me cope, and I was kind of proud that I could tell the difference between Johnnie Walker Black Label Scotch and Johnnie Walker Red Label by age 15...

Then, he wrote, when he went to Notre Dame, the priest followed:

When he arrived, I tried to stop the sexual activity in the relationship. I would resist him and tell him I couldn't continue. He responded in one of the usual ways. One was the screaming, angry Father Bob, who told me how ungrateful I as for all he had done for me. The other was the tearful, pitiful Father Bob, who told me no one else loved him in the world but me. Both worked.

There were a few paragraphs in Boorstein's article for the child-abuse activists who have some praise for Pope Francis and his movements toward reform, but no space for the defenders of priests like Opus Bono Sacerdotii, who could talk about unjustly accused priests -- a category of people which to newspapers like the Post seem unimaginable.