Whacking Tim Scott At Bloomberg View: 'Do Republicans Lower the Bar for Blacks?'

Francis Wilkinson at Bloomberg View used to write on politics for Rolling Stone, and it shows. He went on the warpath against Sen. Tim Scott in a column titled “Do Republicans Lower the Bar for Blacks?”

This is not a serious question from the Democrats who wouldn’t call it “lowering the bar” to give race-baiting huckster Al Sharpton an hour each night on MSNBC to mangle the English language. He’s angry Sen. Scott has no challenger since he’s “so far to the right” that he’s upset the NAACP:

A South Carolina Republican told me that Scott's immunity from challenge stemmed from two sources: First, Scott placed himself so far to the right that there was no space for a Tea Party challenge on ideological grounds. He has an "F" on the NAACP legislative scorecard and a higher score on the right-wing Heritage Action scorecard -- 94 out of a possible 100 -- than fellow South Carolinian Joe "You Lie" Wilson.

Second, Scott benefits from a widespread recognition among Tea Partyers and conservatives in general that a high-profile black conservative is a thing most rare and precious. The act of supporting a black conservative is both an absolution for the past and a shield for the present and future. In South Carolina, where the Confederate battle flag still flies on the state capitol grounds, and where a recent lieutenant governor seemed a little too enthusiastic about all things confederate, that matters. 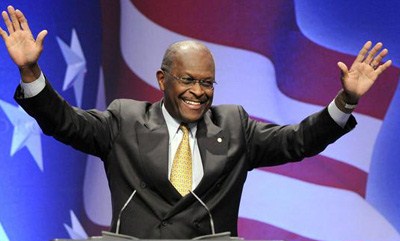 In effect, South Carolina Republicans treat Scott like the national party previously treated the ham-handed presidential candidate Herman Cain and the party's not-quite-competent chairman during Obama's first term, Michael Steele: They are members of an endangered political species for whom the bar is effectively lowered.

At worst, you could argue that Republicans are practicing “affirmative action,” which is hardly something the Democrats never practice. Isn’t “absolution for the past” exactly what they insist is the rationale for never-ending racial quotas? Notice that Wilkinson somehow thinks Herman Cain or Michael Steele are clowns, and Sharpton is not, and he ran for president in 2004 with rew Democrats wondering in print if they were “lowering the bar."

But if we're debating competence, I'm not sure Wilkinson would want to put Sen. Scott up against Sharpton in a debate and see which one seems overmatched.