Is The Washington Post a rag for liberal Democrats? It’s certainly striving for that reputation today. On the front page (above the fold) is this story, trying to ruin another GOP presidential hopeful like Chris Christie: “Gov. Walker, eyeing 2016, faces fallout from probes: Release of ex-aide’s e-mails could stall rise of national Republican.”

Meanwhile, on the front page of the Style section is a picture of ex-Republican Charlie Crist hugging Barack Obama on a card that says “Happy Hug-iversary.” The headline over the aticle is “Charlie Crist: Embraceable Blue.” Newly arrived Post reporter Ben Terris reports Crist loves a good hug:

FORT MYERS, Fla. — Charlie Crist doesn’t take to bed when he gets sick. He takes three Red Bulls, two cups of coffee, a glass of Mountain Dew, Sudafed and cough drops. Then, he discards the box of Mucinex his 81-year-old father suggested he take, pushes through the back door of a Fort Myers restaurant and wraps his arms around his Democratic supporters.

“I can’t help it; I have to hug,” he says afterward, when asked whether he worries about passing on his cold to voters. “Can you even imagine not hugging?” 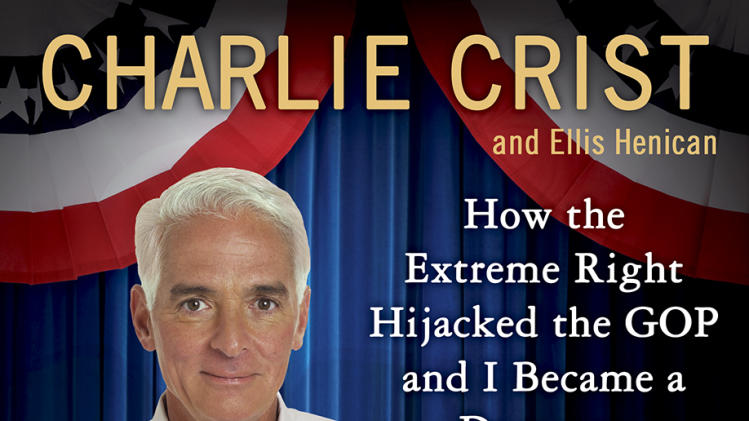 This leads in to that memorable scene with Crist hugging Obama and his "stimulus" program in February of 2009, and Terris quotes from liberal “fake conservative” Stephen Colbert, who called it a “terrorist nipple bump.” Eventually, Crist lost a Senate primary to Marco Rubio, a political shocker.

Terris did explore how Charlie Crist has changed his positions like a political chameleon, and lets GOP consulant say Crist “has all the intellectual horsepower of yogurt...But I admire his political skills. If [GOP Governor] Rick Scott could work a room like Charlie Crist, he’d be up by 25 points.”

The pull quote for Post glancers said “Democrats might be slow to embrace him, but they’ll get there. The reality will kick in that he’s the best shot,” said Will Prather, a former chairman of the Lee County Democratic Party.  This is the gooey ending of the story:

“I want one of these,” Crist says when a supporter brings in one of the Hug-iversary posters for him to sign. Here, Crist isn’t seen as a flip-flopper, but as a guy willing to “evolve.”

It’s a pretty good mantra for someone who has changed it up so many times. By this definition, Crist just might be the sanest candidate to ever run in Florida.

The funny part of the Post’s front page story on Walker is that while two aides were convicted for performing political business on Milwaukee County time, Walker was not a target:

Prosecutors have said Walker was never a target, and he was not charged. Walker said Wednesday that the new disclosures revealed nothing beyond what authorities already had reviewed, and he predicted that Democrats would exaggerate their importance.

Yes -- like the Washington Post-Democrat putting it on the front page, eh?

The obvious irony for Post critics is that if the shady use of private e-mails to conduct public business is a front-page outrage, why didn’t the Post do that when it exposed Obama’s Energy Department hacks in the Solyndra scandal?

Answer: the Post is a liberal Democrat rag, and doesn’t care who notices it.