Jeffery Taylor, a liberal writer for The Atlantic, took to Salon this week to try and ease his conscience on the issue of Christianity. He did this, naturally, by completely blasting the faith of millions of Americans, Catholics and otherwise, with obscene and offensive comparisons and descriptions, along with a few slaps directed toward GOP candidates who confidently profess their faith.

Taylor started his op-ed by offering his disapproval that the Guinness Book of World Records lists the book at “non-fiction,” and suggested they should consider placing it in the “fantasy” section:

These politicians are hardly alone in supersizing the Good Book’s stature. 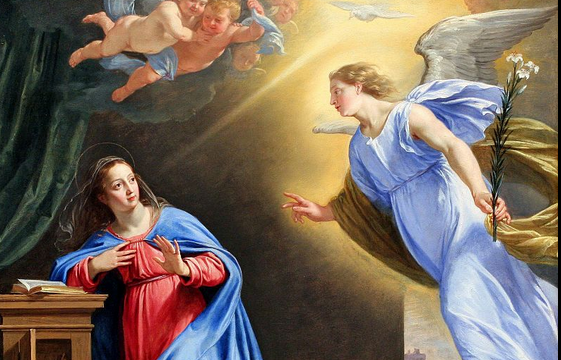 The masses throughout history have used their cash and credit cards to assert the Bible’s primacy; they have, in fact, made it the best-selling book of all time, though Guinness World Records commits the unpardonable error of listing it in the non-fiction category. Fantasy would have been a better choice, if fantasy of a particularly absurdist bent.

Taylor immediately continued the tirade by insisting that the “Bible is brimming with rank absurdities that insult our intelligence and affront our dignity as twenty-first-century, post-Enlightenment humans residing in one of the most developed countries on Earth." Following that are five points that supposedly prove how absurd the Bible is, starting with the Virgin Mary of course. Taylor suggests that if the story were true, God is a creepy old man who raped a consenting young teenager:

Our soi-disant “savior” was born not following intercourse between a man and a woman, but as a result of God “debauching” (to use Thomas Paine’s word) an unconsenting (per Matthew) virgin two millennia ago. (By today’s standards, Mary would be entitled to file sexual assault charges against the Lord, all the more so since He, according to the Bible, must have been at least four thousand years her senior, and occupied a position of authority over her.

After this disgusting insult, Taylor went on with his points by laughing about the concept of heaven and the miracle of Jesus walking on the water. He also insults the Twelve Apostles by snarking that Saint Peter’s triple denial of Christ proves that Jesus should “have vetted his apostles a bit more thoroughly.”

Taylor also made sure to toss in the typical rhetoric that the rise of the scientific revolution should have spelled the end of Christianity:

…it insults our intelligence to be enjoined to believe, now that we have split the atom, discovered the Higgs Boson, and sent a probe to Pluto, in the veracity of a supernatural account of the origins of our cosmos.

It insults our intelligence to be enjoined to believe, now that we have mapped the human genome and fathomed our manifest kinship to other species of the animal kingdom, that a supernatural being verbally conjured us into existence.

After more supposed proof that Christ and the Bible are faked, Taylor ended his article with a parting dream of how awesome it would be if we would stop trusting those who have faith in a Judeo-Christian deity—including less stigma attached to the killing of unborn babies and those who wish to commit physician-assisted suicide.

If we reject the Bible, we are left with one conclusion: no respect can be accorded to the cult of Christianity. No credibility can attach to any organization in based on, trafficking in, or promoting this cult. No individuals, be they popes, priests, or pastors, merit deference when acting in their official capacity. No policy, be it regarding contraception, biological research, abortion, marriage, or the right to die, should enjoy our favor if it takes as its basis doctrines arising from this cult. No tax advantages (exemptions, that is, or de facto subsidies) should accrue to any organization claiming Christ as its raison d’être.

And no politicians flaunting their religion or pandering to the faithful should be trusted. They are not working for the common good.

There is one question that begs to be asked after reading such an unbridled temper tantrum against Christianity: Where are Salon’s articles that suggest Islam is a religion of “fantasy” and “sexual assault,” and an “insult to intelligence”? We probably shouldn’t hold our breath while waiting for one.