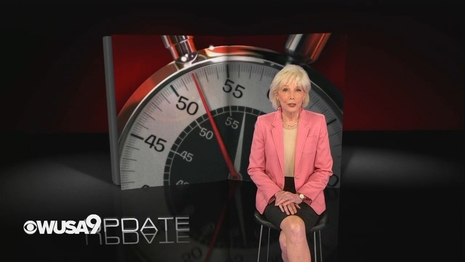 The corrupt 60 Minutes on CBS won’t correct the record. Last week, The New York Times belatedly admitted that the Hunter Biden laptop story was, in fact, real. Media outlets that shamefully pushed Democratic talking points that the blockbuster story was “Russian disinformation” need to correct the record and apologize. On Sunday, 60 Minutes failed.

Despite an hour of air time, host Lesley Stahl completely avoided the topic. At the very end of the show, she began an update: “Now an update on a story we first reported nearly two years ago....” But it was an unrelated topic and update.

On the October 25, 2020, however, 60 Minutes colleague Norah O’Donnell interviewed Biden for the show and scoffed at the story, broken by the New York Post: “In the closing days of the campaign, Joe Biden has been forced to address new and unverified claims that he was involved in his son Hunter's foreign business dealings.”

Giving the Democrat a platform to push the very real scandal as somehow false, she tossed this embarrassing softball: “Do you believe the recent leak of material allegedly from Hunter's computer is part of a Russian disinformation campaign?”

Stahl interviewed Donald Trump for the same October 25, 2020 show. Three days before the program, the White House released unaired footage of the then-President debating the journalist about the Hunter Biden laptop. Of course, it wouldn't make air, but here’s the contempt 60 Minutes had for the laptop story:

LESLEY STAHL: So this story about Hunter and his laptop, some repair shop found it. The sources, Steve Bannon and Rudy Giuliani.

DONALD TRUMP: I don’t know anything about that, I just know it’s a laptop. And they haven’t –

STAHL: And you’re making this one of the hottest, most important issues.

TRUMP: I don’t know about the two gentleman you mentioned –

STAHL: I mean, this is the most important issue in the country right now?

TRUMP: It’s a very important issue to find out whether or not a man is corrupt, who’s running for president, who’s accepted money from China and from Ukraine and from Russia. Yeah, I think that’s an important issue.

STAHL: All these things have been investigated and dismissed.

TRUMP: Of course it can be verified. Excuse me, they found the laptop. Lesley, Lesley.

STAHL: It can’t be verified.

TRUMP: What can’t be verified?

TRUMP: Why do you say that?

A poll conducted by the Media Research Center in November of 2020 found that 45 percent of Biden voters were unaware of the story. According to then-MRC Research Director Rich Noyes: “Full awareness of the Hunter Biden scandal would have led 9.4% of Biden voters to abandon the Democratic candidate, flipping all six of the swing states he won to Trump, giving the President 311 electoral votes.”

No wonder the corrupt liberal media refuses to revisit this story. 60 Minutes failed this week. Will they fail to correct their 2020 laptop story next week? We'll be watching.

60 Minutes hiding any update or correction of the laptop story was sponsored by Chevrolet, Popeyes, and Aleve. Click on the links and tell them to either stop sponsoring lies or make CBS apologize.