It must be nice to live in the hypocritical world of CNN hacks. After all, you can spew vile sexism and you don’t have to feel bad about it. That’s what Bill Weir did on Wednesday as he went after incumbent Republican Senator Kelly Loeffler.

The Georgia senator tweeted this : “I’ve lived the American dream. I went from the farm to the Fortune 500. I want Georgians to have the same freedom & opportunities I had. And it won’t be possible if we go down the road to socialism. We must hold the line and protect the American Dream." 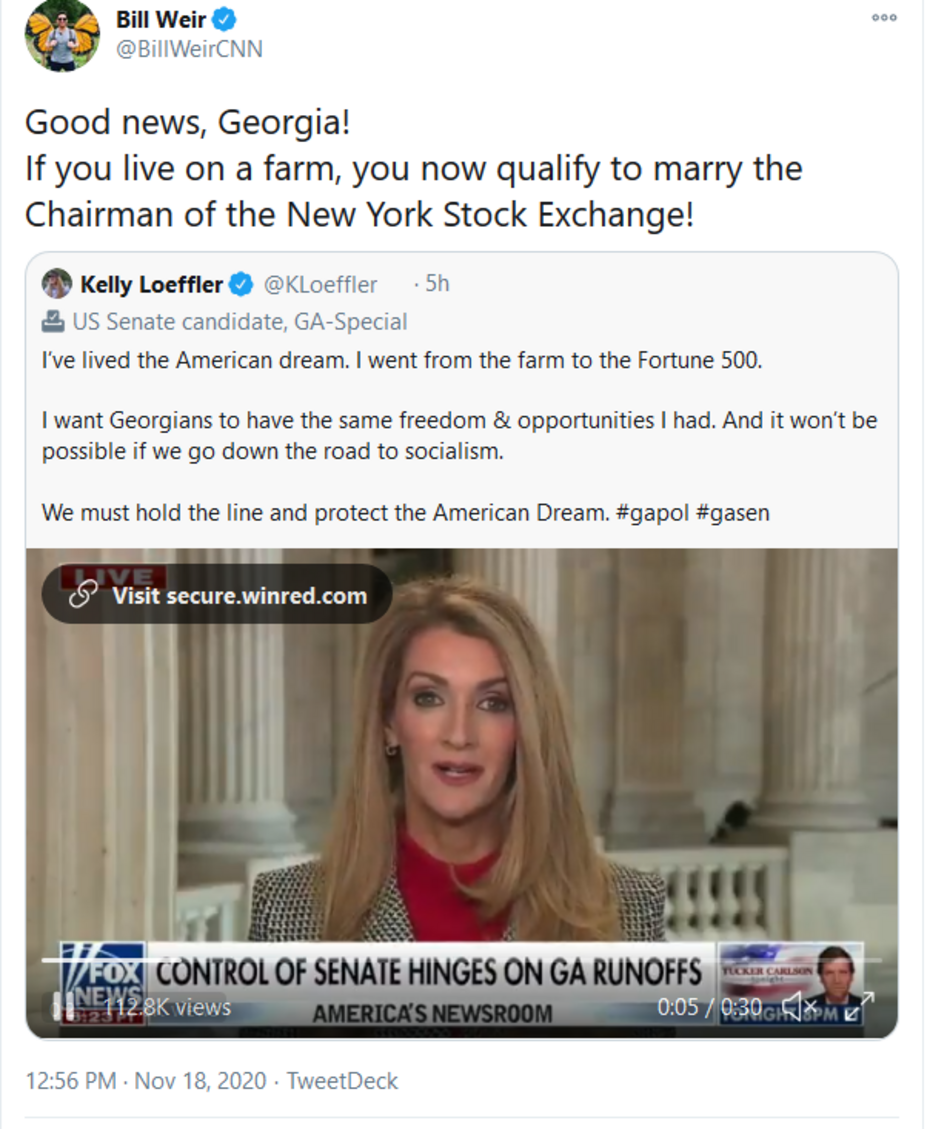 Called out on his sexism, Weir doubled down: 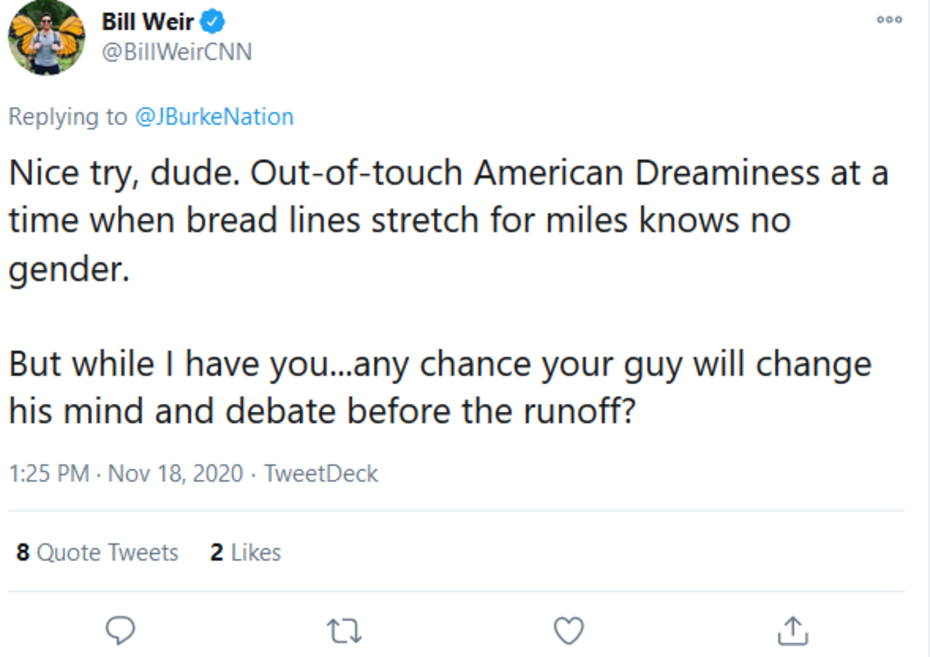 Can you imagine Weir pushing that kind of bile from CNN against Kamala Harris or Hillary Clinton? Not likely. But this the same Weir who said in regard to the 2020 election, “For anyone that cares about land, and water, and animals, and climate, this is an obvious choice.”

Remember, at CNN you can say anything about someone, so long as they are a conservative or a Republican.

As of 5:30 PM, the tweet hasn't been deleted. You can let Weird know what you think on Twitter.