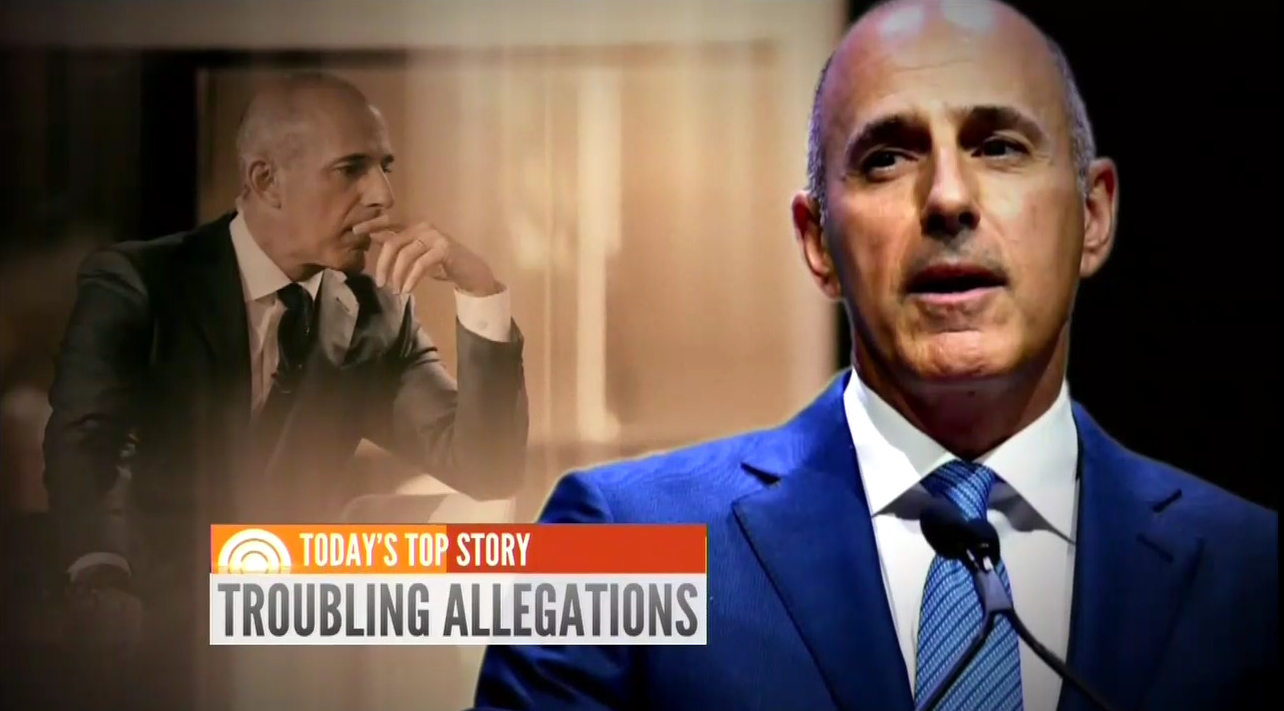 The networks and cable channels have been dragged, very slowly to the Tara Reade sexual assault allegations against Joe Biden. After not covering it at all, CNN last Saturday broke down and offered stories. So did ABC on Thursday. NBC finally did so on Thursday, previewing Biden on Friday's Morning Joe. But what took the network so long?

One might recall that NBC hired and employed Matt Lauer for 20 years. If you’ve forgotten what Lauer was accused of, here’s Vanity Fair from 2017 for a refresher:

Shocking new allegations have emerged about the sexual misconduct scandal that is quickly enveloping Matt Lauer. On Wednesday, mere hours after NBC announced that it had fired the Today anchor because of a complaint about alleged sexual misconduct, Variety has dropped a report with hideous allegations about the TV star’s alleged behavior. The claims run the gamut: he made lewd sexual remarks about female colleagues; he once invited a female employee to his secluded office, then showed her his penis; he gave one female colleague a sex toy with “an explicit note about how he wanted to use it on her,” Variety writes.

The article also pointed out this creepy detail: “Lauer would also reportedly quiz female producers about their sex lives, and play a crass, office-themed version of the game ‘fuck, marry, or kill.’ He also reportedly had a button on his desk that allowed him to lock the door.”

Two years ago, on May 1, 2018, Katie Couric spun the disturbing report about her ex-co-host: “I think the whole button thing.... a lot of stuff gets misreported and blown out of proportion…. “A lot of NBC executives have those buttons that opened and closed doors.”

Lauer also apparently urged NBC not not to fire another alleged sexual harasser.

Speaking of Trump’s vulgar language in the Access Hollywood tape, the now-fired Today host chided, “Is this the final, final straw in this campaign?”

So, there are many reasons why NBC avoided the Reade sexual abuse accusations for 37 days. One of them, perhaps, could be unpleasant memories about a former employee.