In case you were worried, CNN is here to tell you: The death of Abu Bakr al-Baghdadi at the hands of the U.S. military over the weekend won’t interrupt the impeachment push. In a series of articles on CNN.com, the liberal cable channel showcased a single-minded focus on impeachment, as well as irritation at how Donald Trump announced the death of the brutal thug.

Cillizza devoted 41 different complaints about how Trump announced the death of the terrorist. Here are just a few quotes from Trump and then the CNN journalists’s moping: 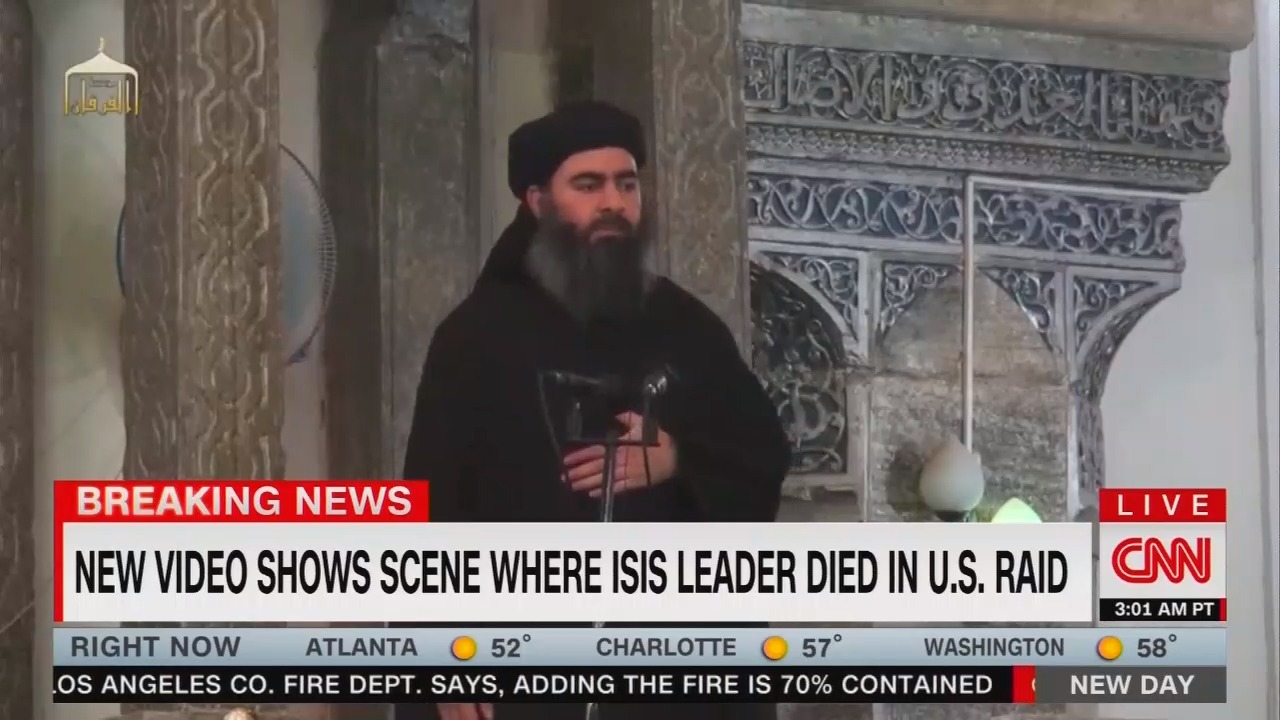 1. "He died after running into a dead-end tunnel, whimpering and crying and screaming all the way."

Trump is very interested in painting a specific picture of Baghdadi for the public -- of a cowardly fake tough guy. His detailed description of how Baghdadi met his end is a direct contrast to the light-on-details presentation by President Barack Obama when announcing the death of Osama bin Laden in 2011.

Again, Trump is making very sure you know that the world knows that Baghdadi was no hero -- far from it.

When killing terrorists, you always have to go for the big names. Also: Sort of weird that the President admits he didn't know the names of some of the terrorists the US has killed under his watch, no?

Here’s how impeachment connects with the death of al-Baghdadi: In a separate “analysis,” Zachary B. Wolf assured, “If you think something like the sensational killing by US Special Forces of the world's most wanted terrorist is going to quiet calls for President Donald Trump's impeachment, you are going to be sorely mistaken.”

Rather than focus on the death of the monstorous leader of ISIS, Wolf touted Democratic complaints:

Far from shying away from criticism of Trump as he announced the death of Abu Bakr al-Baghdadi, House Speaker Nancy Pelosi pointed out the President didn't officially brief Congress as is the custom, but did tell the Russians something was coming.

This will do nothing to ease tensions.

In a separate story, Stephen Collinson chided Trump: “He relished the demise of ISIS founder Abu Bakr al-Baghdadi, playing the role of a ruthless commander-in-chief to silence critics of his impulsive foreign policy leadership.”

While allowing that this might “even offer an unusual opening” for Trump to “reach beyond his core of loyalist voters,” Collinson insisted:

Yet it's likely that any political bounce Trump gets from his triumph will be short-lived, partly owing to his propensity to trigger controversies that shatter national unity and the explosive revelations coming from the impeachment hearings.

How sad is it that obsessed CNN journalists can’t take a break from Trump bashing to appreciate the death of a brutal terrorist monster?