Did CNN offer an assist to far-left Democratic presidential candidate Tom Steyer on Tuesday? At of the start of the presidential debate, a CNN graphic described Steyer with the somewhat toxic label of “former hedge fund manager.” It’s not a popular term. For example, the website Efinancialcareers recently declared, “Why only the worst people tend to work for new hedge funds.”

So, it’s interesting that for the rest of the debate the graphic for Steyer was changed to “businessman.” Here’s the before and after graphics: 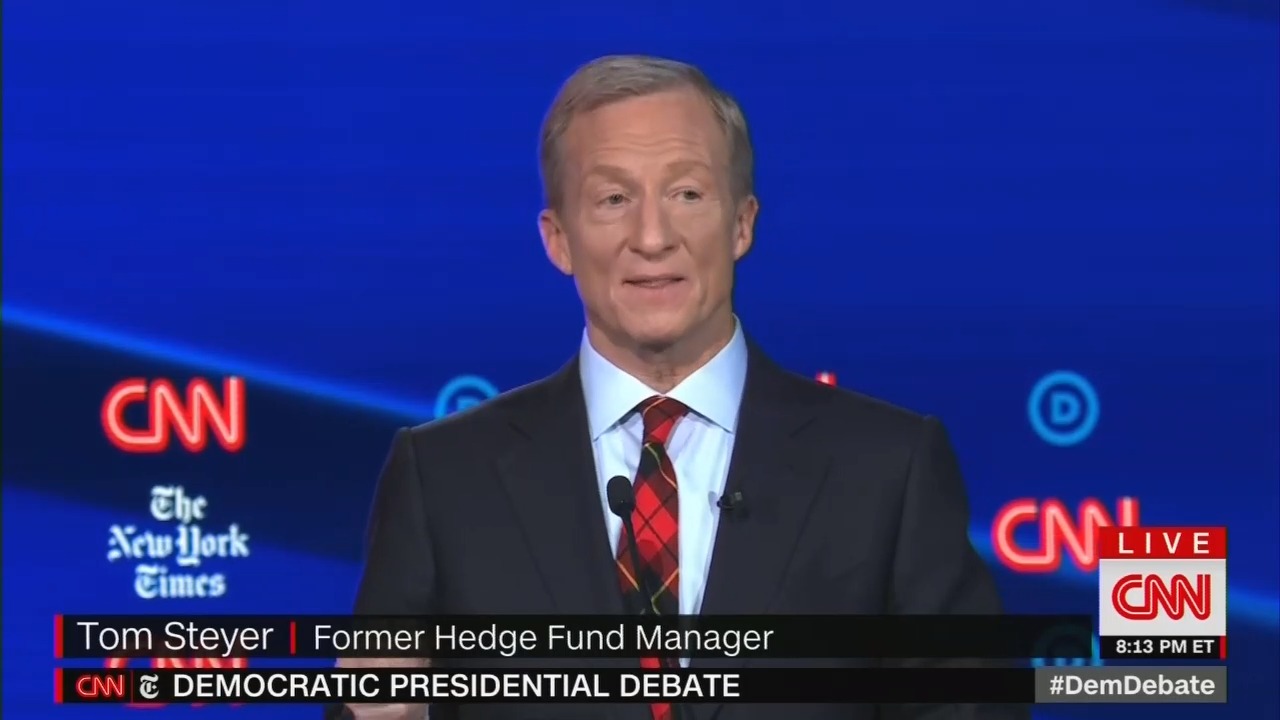 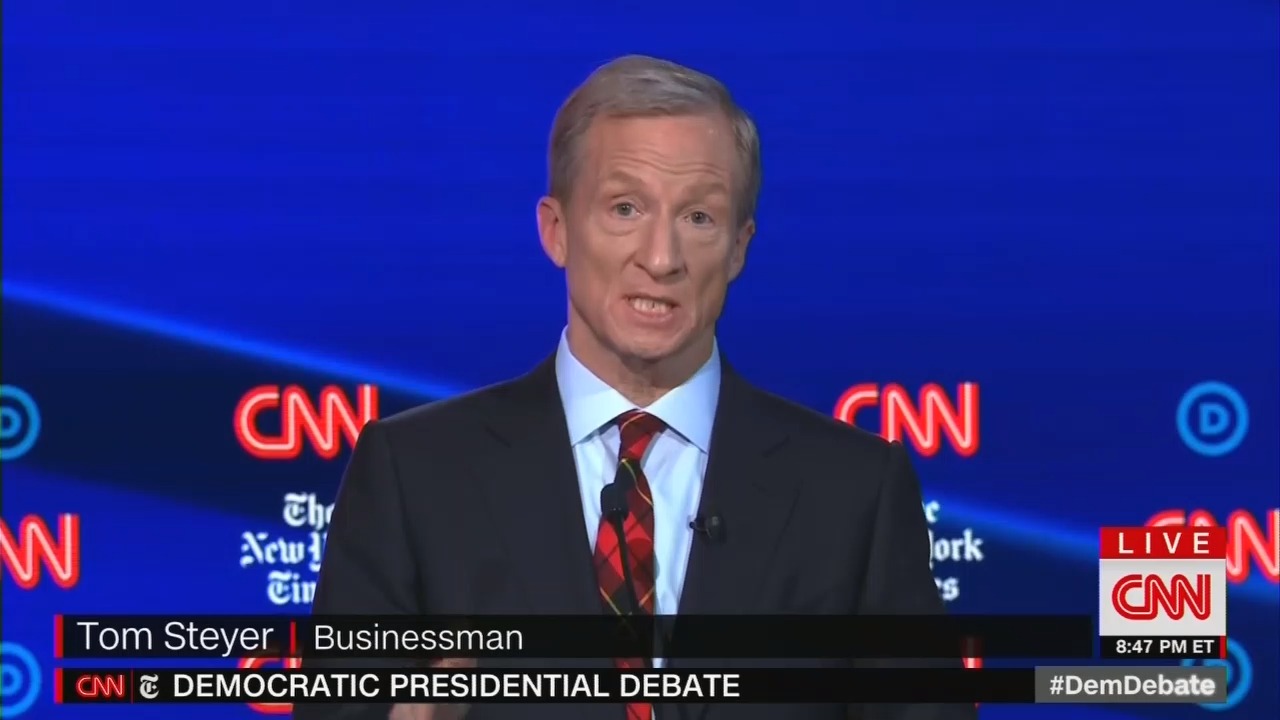 Here’s video with the first graphic and then with the second:

There's still a little joy in the ranks of hedge fund managers. Last year, the 25 best-paid earned a total of $13 billion, up 10 percent from the year before.

Yet there are clouds on the horizon. While New York City Public Advocate Letitia James, a hedge fund critic, won't convince mediocre fund managers to "sell their summer homes and jets and return those fees to their investors," it does seem likely that the 20-year hedge-fund party may finally be over.

Maybe CNN assumes that if the journalists at the network aren’t fans of hedge fund managers, Democratic viewers might not be either?

COOPER: Mr. Steyer, you have been calling for impeachment for two years. Does there need to be bipartisan support?

TOM STEYER: Well, Anderson, this is my first time on the stage. I want to remind everybody that every candidate here is more decent, more coherent and more patriotic than the criminal in the white house.

ERIN BURNETT: Mr. Steyer, you are the lone billionaire on this stage. What's your plan for closing the income gap?

[CNN graphic changed to “Businessman.” for rest of debate]

STEYER: First of all, let me say this. Senator Sanders is right. There have been 40 years where corporations have bought this government and those 40 years have meant a 40-year attack on the rights of working people and specifically on organized labor.

MARC LACEY (New York Times): Mr. Steyer, would you are publicly reveal what the U.S. knows about Putin's corruption or work to freeze his bank accounts?

LACEY: Thank you, senator. Mr. Steyer, how would you address the opioid epidemic that exists here in Ohio around and the country this?