Speaking as though she was blurbing a movie poster, King cheered, “They don't call their company Higher Ground for nothing. They want to do something that celebrates our core values as a country, and certainly celebrates the struggle and the triumph of the human spirit. I can’t wait to see it.” It always needs to be pointed out, King has vacationed with the Obamas, so she’s not exactly neutral on the two Democrats.

Co-host Tony Dokoupil also promoted the production company and the new documentary: “[It] helps people get outside themselves. I love that. And if people want to check it out, American Factory is streaming now on Netflix.”

The documentary, which debuts on Netflix on August 21, never mentions President Donald Trump by name—but its message is clear: Trump’s promise to reinvigorate the industrial heartland is going to take a lot more than a campaign slogan. There are no easy solutions. And if some manufacturing jobs do come back, they’re going to look nothing like they used to. Americans will have to accept a new reality to stay competitive in the global marketplace—one that they might not like, and one that Trump doesn’t acknowledge. 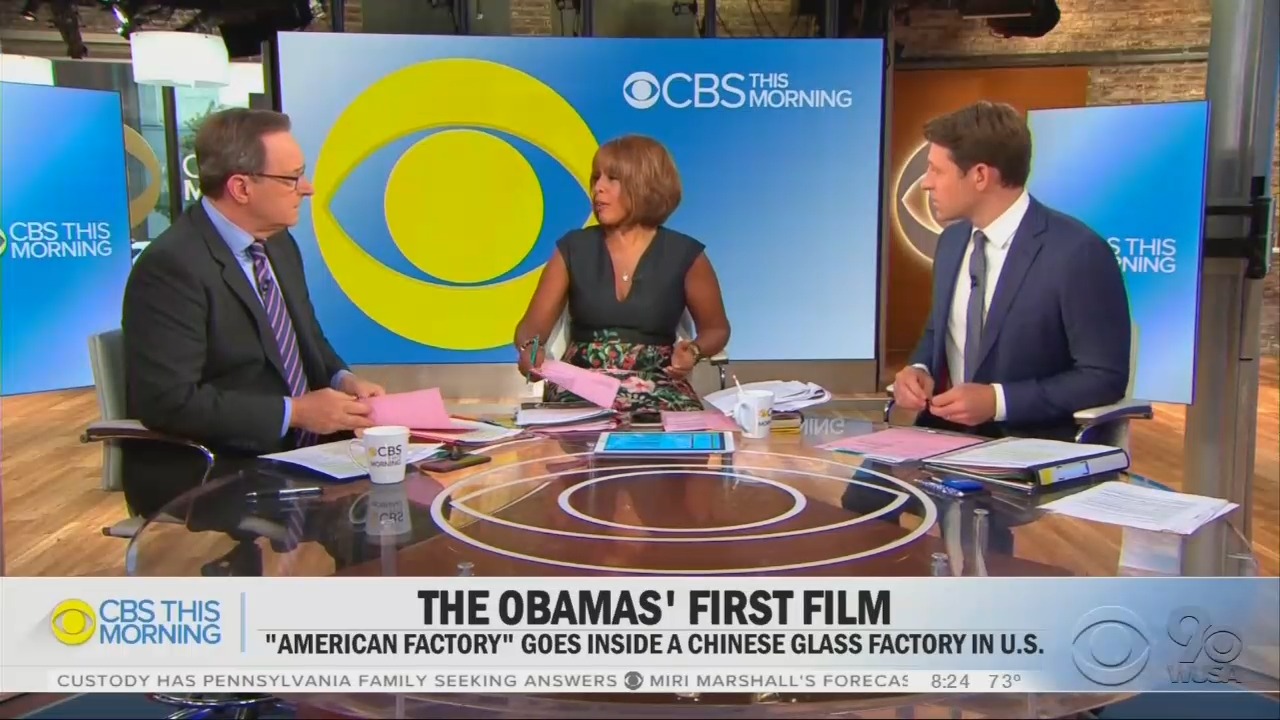 ANTHONY MASON: Overnight, former President Barack Obama and former First Lady Michelle Obama released their first documentary on Netflix. American Factory is the first film from the Obamas' production company Higher Ground. It takes viewers inside a Chinese glass company's new factory in Dayton, Ohio, where Chinese and American employees work side-by-side. In this clip, the Obamas talk to the American Factory’s award-winning filmmakers Julia Reichert and Steven Bognar about why they connected with the story.

MICHELLE OBAMA: Those first scenes of the folks on the floor in their uniforms. That was my background. That was my father. That was reflected in this film. 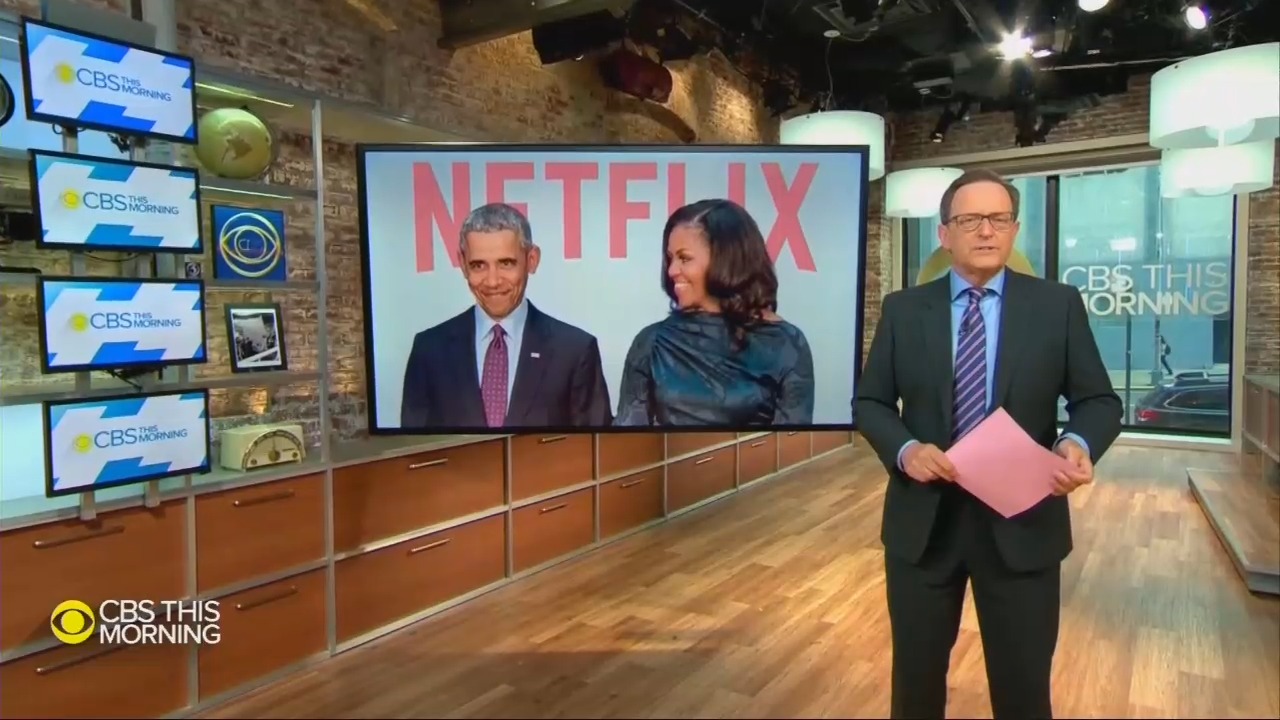 BARACK OBAMA: Yeah. We all have a sacred story in us, a story that gives us meaning and purpose and how we organize our lives. If you know someone, if you talk to them face-to-face, you can forge a connection, you may not agree with them on everything. But there's common ground and you can move forward together.

MICHELLE OBAMA: And Higher Ground is a reflection of both of us. Our platform is going to look a little bit like everything.

BARACK OBAMA: We want people to be able to get outside of themselves.

BARACK OBAMA: And experience and understand the lives of somebody else, which is what a good story does. It helps all of us feel some sort of solidarity with each other.

ANTHONY MASON: The former First Lady also said she chose the film because the filmmakers let people tell their own stories.

KING: Well, they don't call their company Higher Ground for nothing. They want to do something that celebrates our core values as a country, and certainly celebrates the struggle and the triumph of the human spirit. I can’t wait to see it.

TONY DOKOUPIL: And helps people get outside themselves. I love that. And if people want to check it out, American Factory is streaming now on Netflix.