Oh, NOW Robin Roberts Thinks There Were ‘a Lot of Red Flags’ in Smollett Case?

Good Morning America co-host Robin Roberts, the woman who refused to say the word “alleged” when interviewing Jussie Smollett, has suddenly discovered that there were “a lot of red flags” in the hate crimes case, now widely dismissed as a hoax. Roberts got a do-over on Monday as she interviewed Chicago’s superintendent of police, Eddie Johnson.

At times, Roberts seemed tougher on Johnson than Smollett, demanding details and offering follow-ups. But first, the host tried to rewrite history and pretend she saw problems from the start: “Even though you were saying early on that there was no reason not to believe his story, there were a lot of red flags that a lot of people saw and you all had questions.”

If the attackers are never found, how will you be able to heal?

It's been two weeks since that night left actor Jussie Smollett bruised but not broken. And he's still processing the raw emotions. Have you ever been threatened before?

To restate, she never once even called the claims “alleged.” (As the MRC’s Tim Graham noted, the GMA co-host was tougher in fictional form when she interviewed Smollett’s character on his show Empire.) Days later, as the allegations continued to unravel, ABC defended the softball interview.

On Monday, Roberts demanded details and offered follow-up questions to Superintendent Johnson. Here, she wanted certainty in how/why the two men allegedly involved in plotting the hoax were paid: 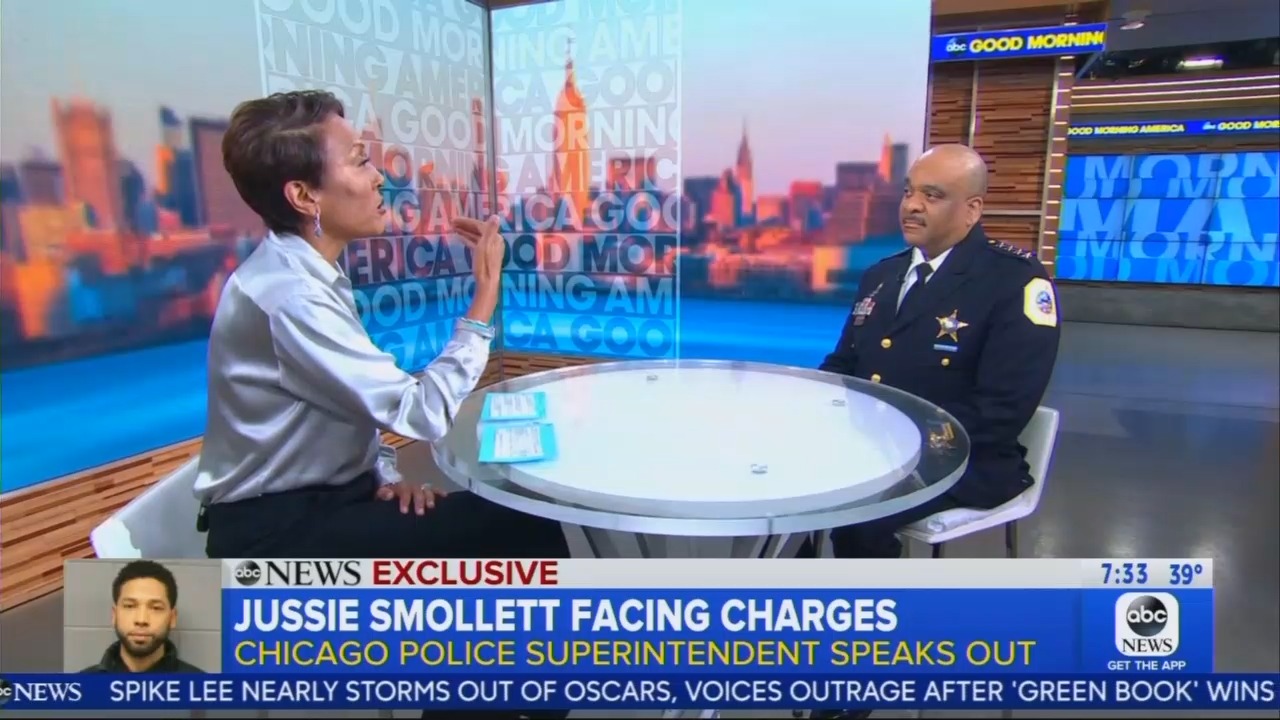 ROBIN ROBERTS: The check that we saw in Eva Pilgrim's report. The $3500. Did the brothers specifically say that was for the attack?

CHICAGO SUPERINTENDENT EDDIE JOHNSON: They said that he paid them $3500 with a check.

ROBERTS: But did they say what it was for?

JOHNSON: Yeah. To carry out this incident. 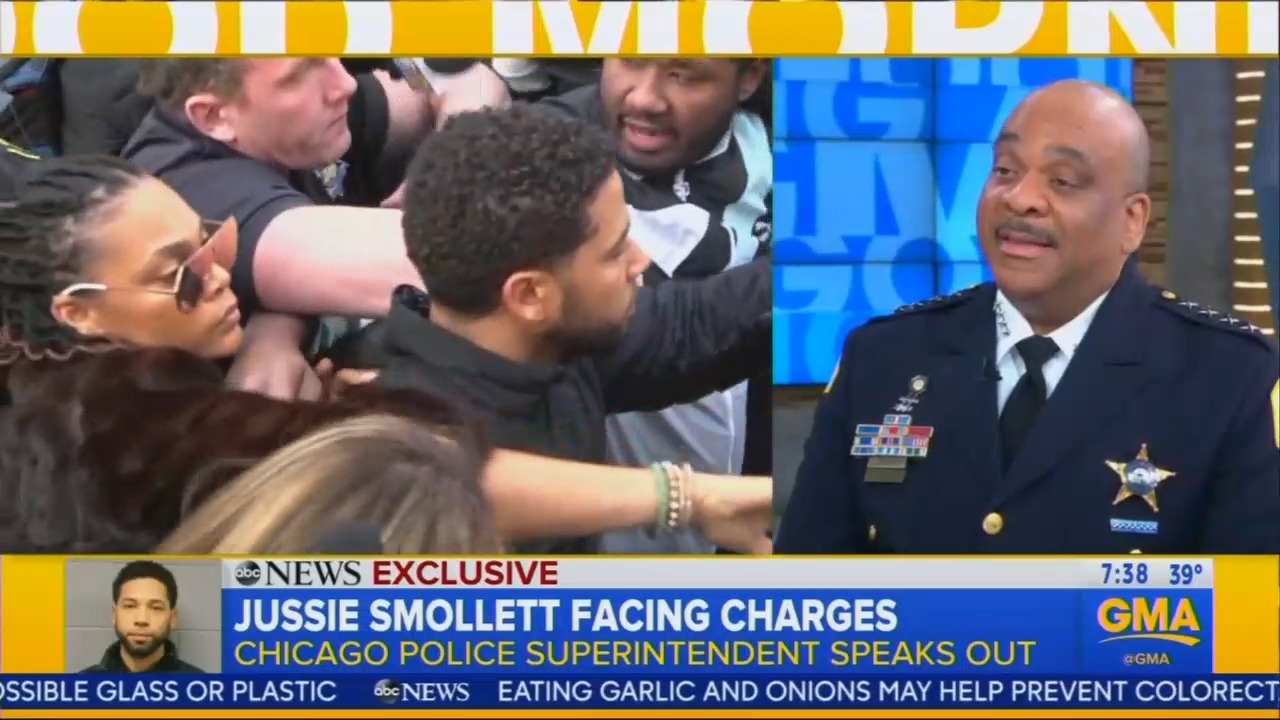 ROBIN ROBERTS: The superintendent of the Chicago police department, Eddie Johnson joins us now, live sir. Thank you for taking the time to be with us this morning. We know it’s been a very emotional, very tense few weeks. And initially, all accounts from police that you were treating Jussie Smollett as the victim. When did it turn from being a possible hate crime to a possible hoax?

CHICAGO SUPERINTENDENT EDDIE T. JOHNSON: So, let me just put this out there, first and foremost. That right now, he's still —  he still has the presumption of innocence until he has his day in court.

ROBERTS: What changed I that 47th hour?

ROBERTS: Was their a reason why they became cooperating witnesses in the 47th hour?

ROBERTS: Even though you were saying early on that there was no reason not to believe his story, there were a lot of red flags that a lot of people saw and you all had questions. Even though you all weren’t, of course, going to be public about that.

ROBERTS: The check that we saw in Eva Pilgrim's report. The $3500. Did the brothers specifically say that was for the attack?

ROBERTS: But did they say what it was for?

JOHNSON: Yeah. To carry out this incident.

ROBERTS: Your press conference was so passionate and it seemed quite personal. The words you talked about being angry and offended. You often referred to the noose. That was a real breaking point for you.

JOHNSON: Yeah. You know, Robin, I grew up in the tail end of the civil rights era. I lived in the Cabrini-Green housing project, you know, when I was a kid. That could easily be characterized as one of hte most notorious housing projects in the country. And the symbolism of a noose is very offensive. The city of Chicago has it’s issues. The police department has issues with racism and excessive force. I'm acutely aware of that. But we didn't earn this particular incident. I just refuse to let us have to take that shot if I have evidence to the contrary. So, I just want people to understand that's a damaging thing to do to a city and, to a police department. You know, so, it's my responsibility to ensure that -- the record gets set straight.

ROBERTS: You were up front about the issues within the Chicago police when it comes to race relations and the mistrust from some in the public. So, how do you address that going forward?