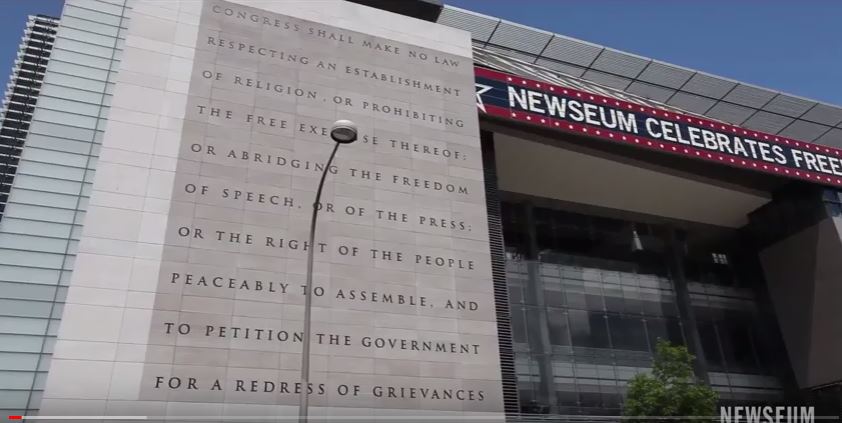 After 11 years of hemorrhaging money, the Baltimore Sun on Friday announced that the Newseum, a 250,000 square foot temple dedicated to journalists by journalists, will close.

The Sun reported that the $500 million building will shut down at the end of 2019, finally ending the saga of a Washington D.C. museum that was always in debt and had five chief executives in the last nine years. In 2017, the Washington Post announced it was on “death watch” after a “stunning decline.”

One thing that didn’t help the Newseum is the expensive ticket prices. It costs $21 for adults (down from a high of $25) and almost $13 for children. In a city of free museums, this isn’t exactly enticing.

Over the years, NewsBusters has reported on the problems with the self-indulgent shrine to journalism. In 2008, The MRC’s Kyle Drennen noted that “the exhibit on journalistic ethics took up less space in the seven floor building than the gift shop.”

In 2009, I toured the museum and found that the Newseum downplayed bias and derided the “advocacy journalism” of conservative talk radio. One section read:

News Sometimes Gets a Partisan Slant

Patriot journalists in Colonial America didn’t always tell all sides of the story. They mostly told one side- their side. They were far from "objective" -a word that journalists would not use to describe their work until the late 19th century. Anyone and anything were fair game for the "scandalmongers" of the Colonial era. Their mixture of news and opinion was the forerunner of advocacy journalism in the United States- a style of partisan commentary that eventually found its way into editorial pages, which were introduced in the 1850s, and then into talk radio and internet blogs.

See? It’s just the bias of the internet and talk radio that’s the problem. In 2018, journalists pressured the Newseum to pull “fake news” t-shirts.

How bloated and ridiculous is the seven floor Newseum? Even the liberal Politico in 2017 opined that “it deserves to die.” Well, now it is. If you’re a family of five interested in spending over $80 to see journalistic self-praise, you have until December 31st, 2019. But if you would rather go to better, free museums, they are all over Washington D.C.