Liberal CBS host Stephen Colbert is quickly becoming the home of choice for 2020 Democrats announcing they are running for president. On Tuesday’s Late Show, Colbert went so far as to hold hands with Senator Kirsten Gillibrand as he excitedly wondered, “So I'm just curious: Do you have anything you would like to announce?”

There were no tough questions. Quite a contrast to when the host grilled actor Kevin Hart last week about years-old politically incorrect comments, telling the movie star “It’s my show, I’ll do whatever the f**k I want.”

On Tuesday, however, after Gillibrand announced an exploratory committee to run for president, Colbert compared the current president to an arsonist: “Can we all agree that the world's on fire?... And America right now is interviewing for new fire chiefs? Because the present fire chief likes to play with matches.”

The most embarrassing part came when the CBS host gave Gillibrand a gift basket of presents. He even offered what looks like an official campaign donation: “We have — and this is the most important thing — this is an actual plane ticket to take you to Michigan to campaign there!” 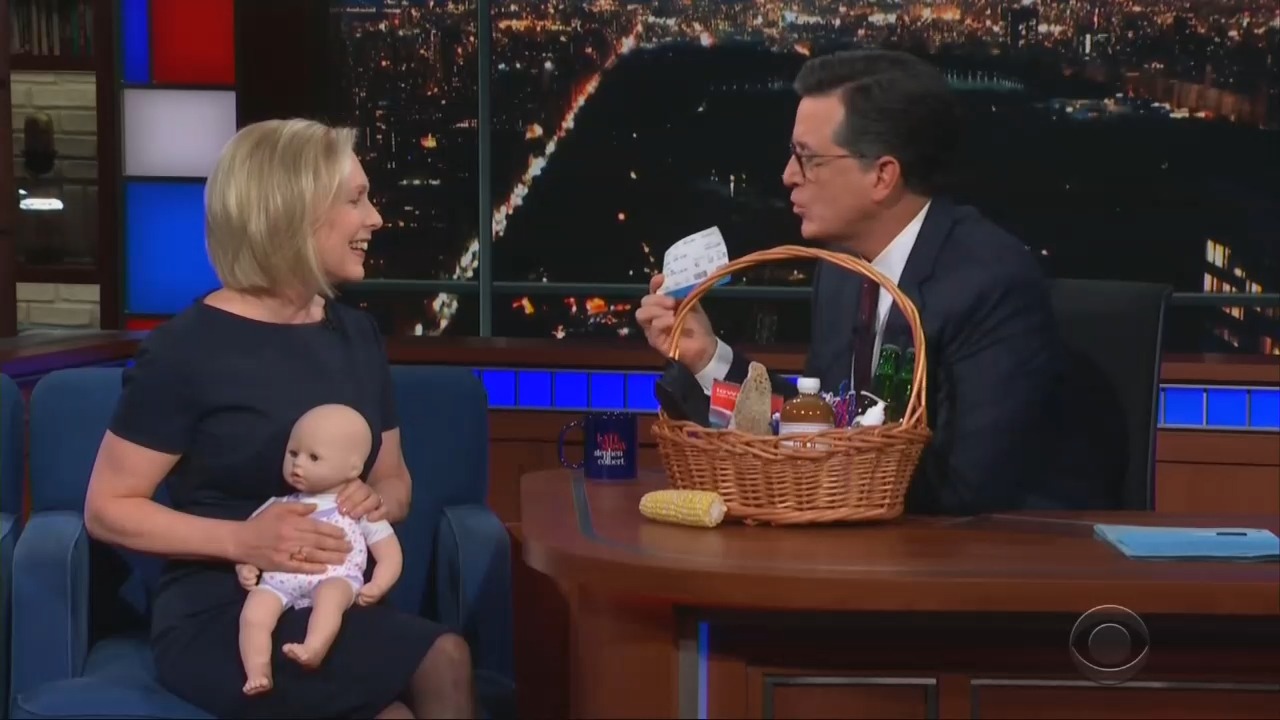 Last week, Colbert tossed softballs to another 2020 Democratic contender, Senator Kamala Harris. He gushed, “What makes you happy? Where does your hope come from?”

In comparison, the liberal host grilled someone who wasn’t a politician, demanding more contrition from Hart for old comments about gays. Colbert hammered Hart for not being contrite enough, despite repeatedly apologizing. “Anything else you want to say about it,” he pressed.

The irritated actor replied, “You can do what you want” as far as bringing it up yet again. Colbert shot back, “It’s my show, I’ll do whatever the f**k I want.” Colbert continued lecturing, “Is there anything about the way you handled this situation over the last month that you would go back and change if you had a time machine?”

Hart explained, “Here is the difference. You can continue to live to please others or you can have a position when you know that you literally done what you can to try and please.... You have to make a decision to say I’m done trying to please.”

If only Colbert pressed 2020 Democratic contenders the same way he does an actor for old jokes.

A partial transcript of the Gillibrand interview is below: 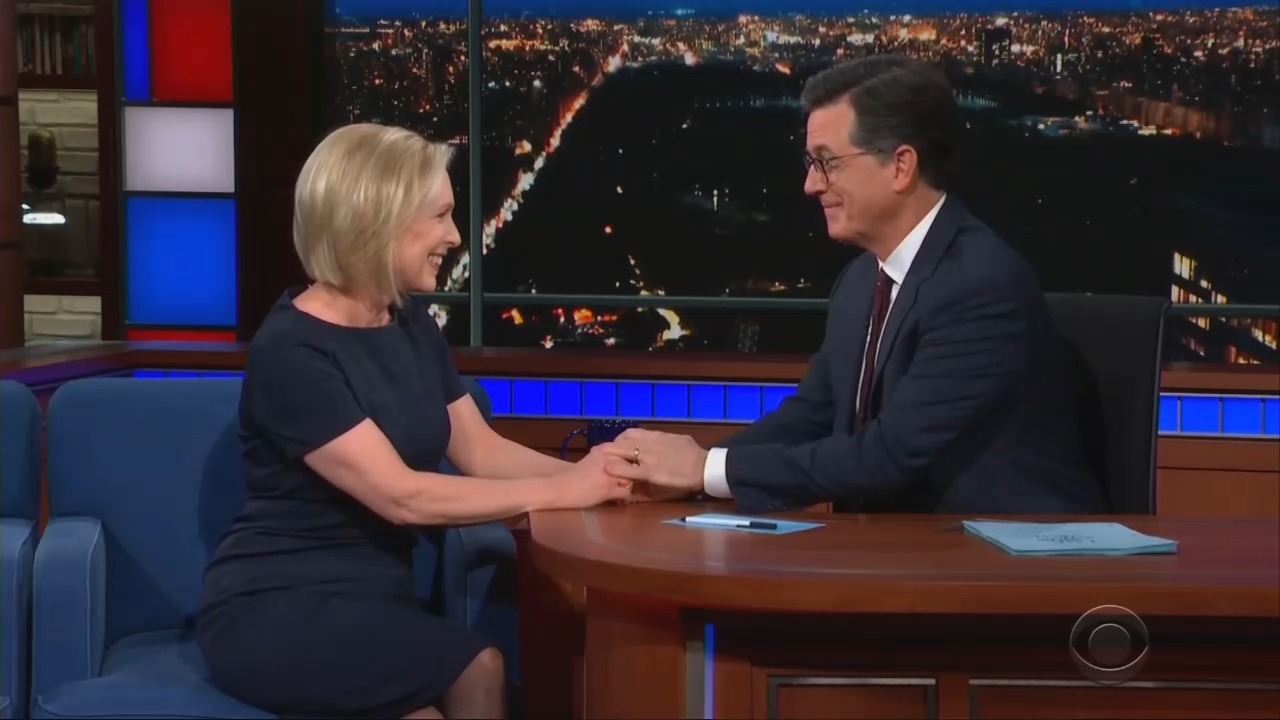 STEPHEN COLBERT: My next guest has served the great state of New York in both the House and the Senate. Please welcome back to The late Show senator Kirsten Gillibrand. Well, there's opinion a lot of speculation as to why you’re here tonight, and I just wanted to point out to everybody, what could she possibly have to talk about? She was here in November. I mean, November, take out the holidays, you were basically here last week. So I'm just curious, do you have anything you would like to announce?

COLBERT: And what would that be, madam?

GILLIBRAND: I’m filing an exploratory committee for President of the United States tonight!

COLBERT: Okay, well, thank you for telling everybody here. Thank you very much. I'm honored that you're here. Why do you want to be president of the United States?

COLBERT: Sure. Right now is a very interesting time to be announcing your candidacy for president because the crisis going on in the White House right now and the shutdown of the government makes-- things couldn't get worse. How about that? You know, a change is as good of a vacation. We talk about it on the show a lot here, the world's on fire. Can we all agree that the world's on fire? Can we debate about whether that part of it or this part of it be on fire? And America right now is interviewing for new fire chiefs? Because the present fire chief likes to play with matches. What is the first thing you would do on day one of office?

COLBERT: Would you back down —  if you were Trump at this point, would you back down? His poll numbers are dropping. The Democrats are getting more support. He's being blamed for the shutdown. Is the strongest thing he could do would be to lose right now for the country?

COLBERT: I and everybody likes the idea of bringing people together for shared values. What are those shared values? Do you think that's a—  let's take the Senate. Let's take the Democratic members of the Senate, and the Republican members of the Senate. What are the things that would force them to come together because, certainly, we are in a moment of crisis, and they're not coming together. How do you get people to come to the table when —  both their constituencies will vote them out of office if they budge an inch. How do you move the needle that's been nailed in place.

COLBERT: We have — and this is the most important thing — this is an actual plane ticket to take you to Michigan to campaign there!