Liberal journalists don’t like conservatives bringing up religion and faith, but it’s apparently okay for them to insist God supports Democratic political goals. On December 4, 2013, then-MSNBC host Ed Schultz weighed in on how God feels about ObamaCare: “I’ll tell you what I think God thinks of the Affordable Care Act. It’s a big ‘amen.’”

Speaking of someone that journalists view as God-like, ex-CNN host Piers Morgan on December 5, 2011 gushed over Barack Obama: “He’s handsome, he can be funny.... A lot of things are just perfect about Barack Obama.”

On December 1, 1992, then-Today co-host Bryant Gumbel smeared Americans, saying: “The game of baseball is an American as apple pie. Unfortunately, in many corners, so is racism.”

Below are Rich Noyes’s collected tweets from the 49th week of This Day in Media Bias History. To get the latest daily examples, be sure and follow Noyes on Twitter. (To see full recaps of the first 48 weeks, go here.) 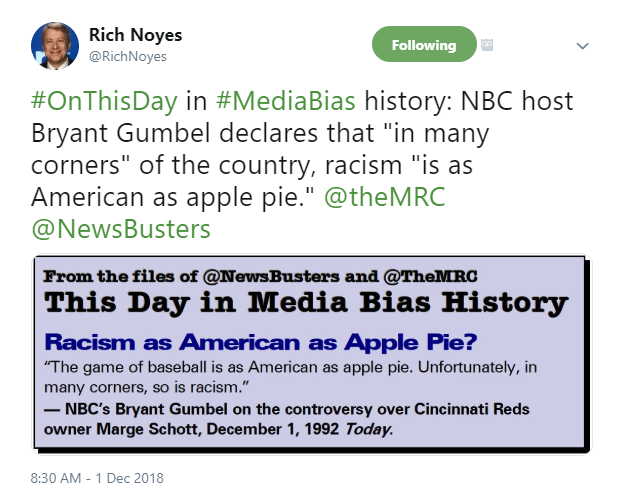 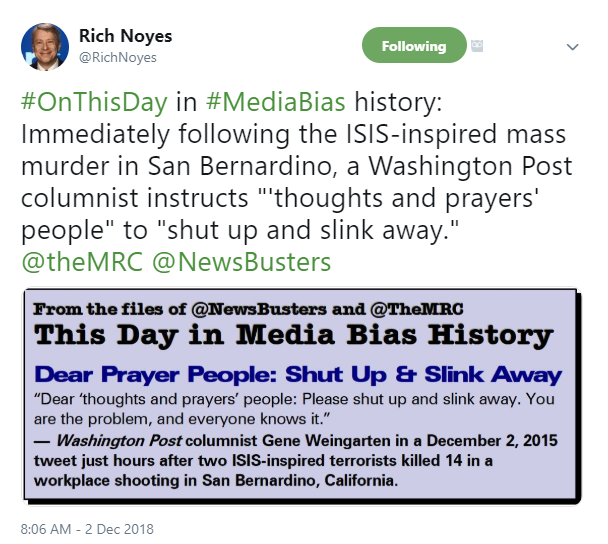 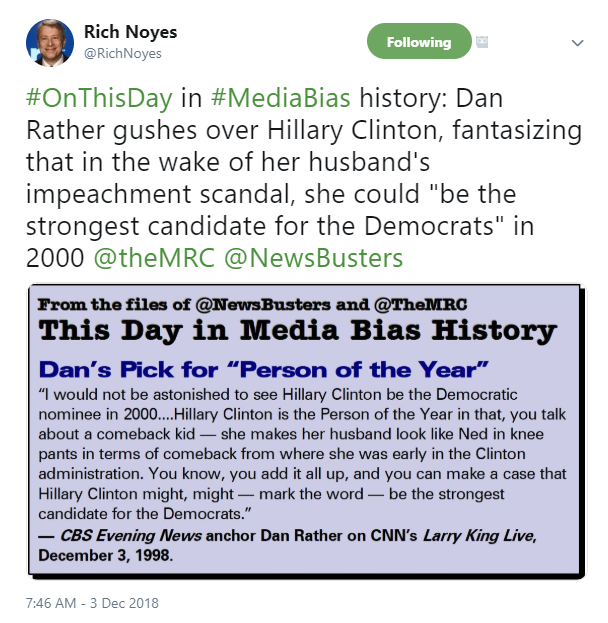 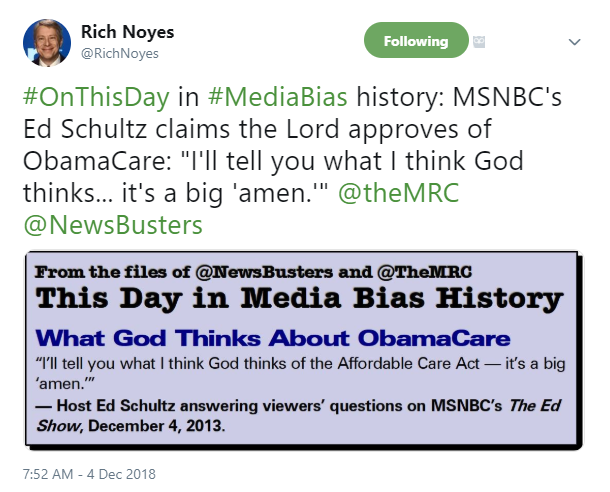 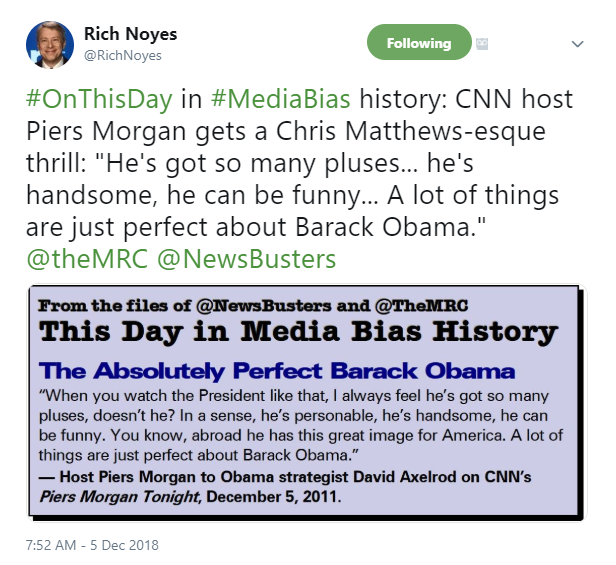 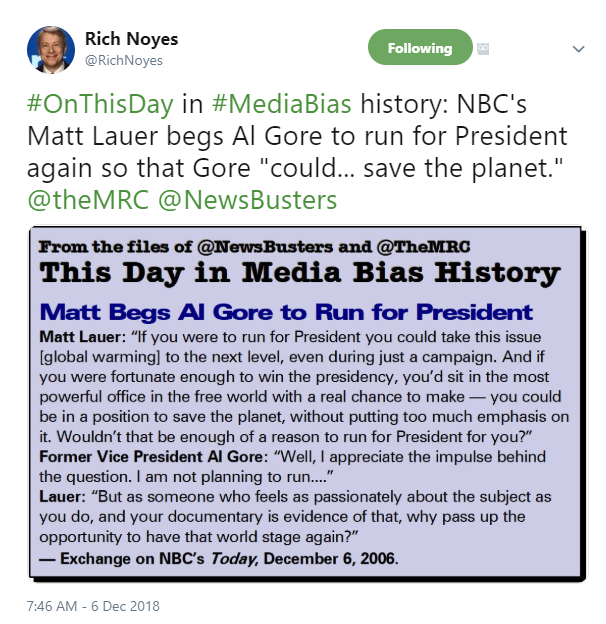 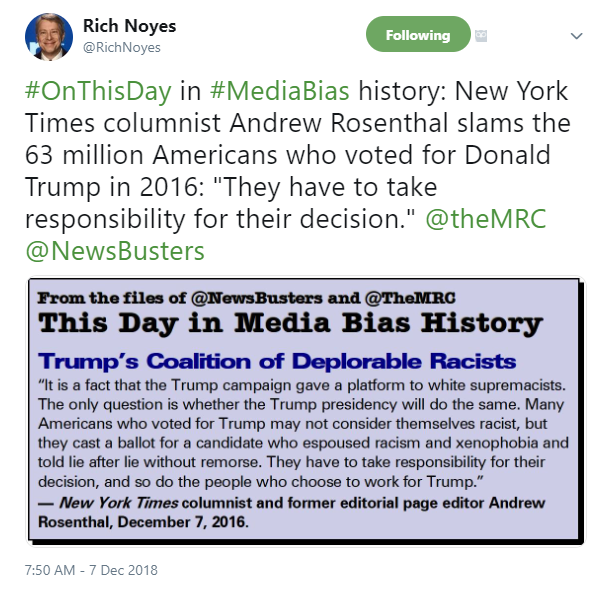