This Week in Media Bias History: Finally a President We Want to Have Sex With

Before journalists were fantasizing about having sex with Barack Obama, they were musing about sex with another Democrat, Bill Clinton. On November 16, 1992, Time Senior Writer Walter Shapiro cheered that “for the first time in more than 30 years the nation has elected a President with sex appeal.”

Shapiro related, “Cheryl Russell, editor of The Boomer Report, a monthly newsletter on consumer trends, captures a new dimension in the national psyche when she confides, 'Every woman I know is having sex dreams about Bill Clinton. We're finally getting a President our own age who we can imagine having sex with.’”

In one of the more famous examples of insulting the voters, the late Peter Jennings dismissed the 1994 Republican landslide as nothing more than a “temper tantrum.” Doing a radio commentary on November 14, 1994, the then-World News Tonight anchor compared Americans to babies: “The voters had a temper tantrum last week.... The nation can’t be run by an angry two-year-old.”

Below are Rich Noyes’s collected tweets from the 46th week of This Day in Media Bias History. To get the latest daily examples, be sure and follow Noyes on Twitter. (To see full recaps of the first 45 weeks, go here.) 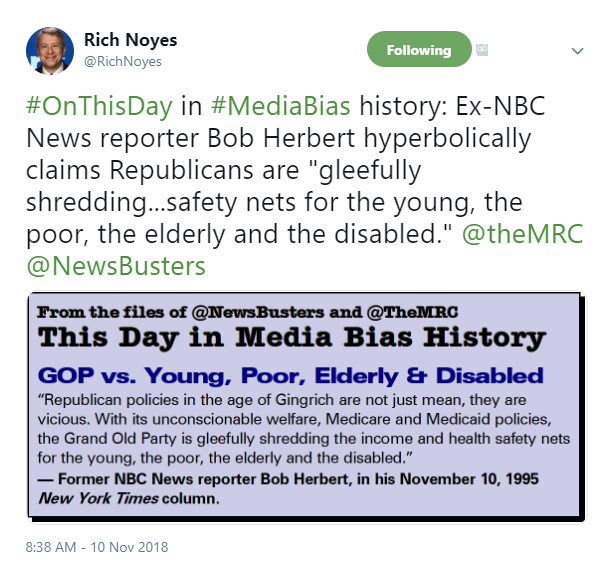 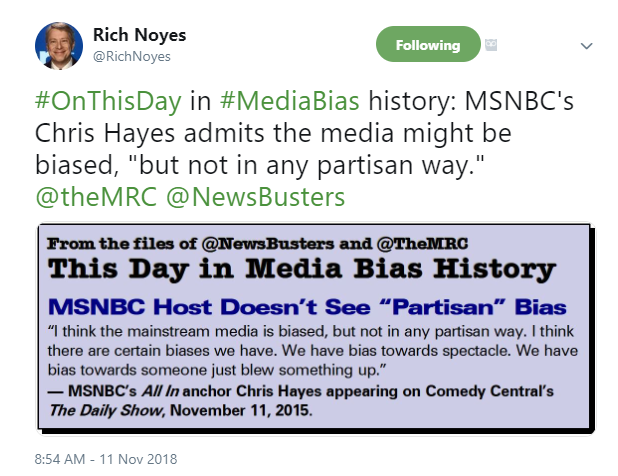 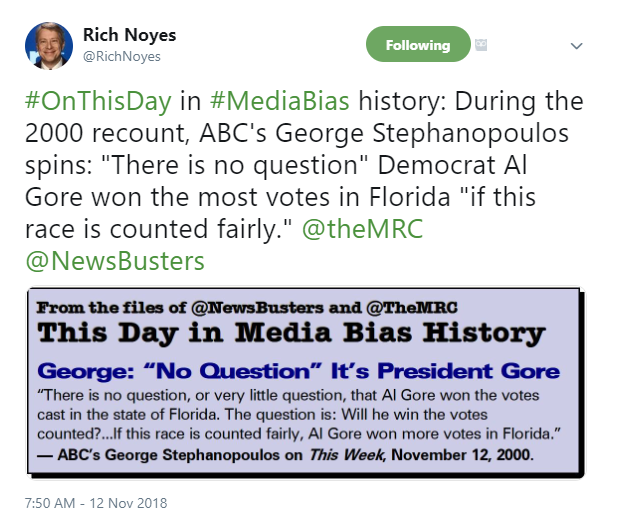 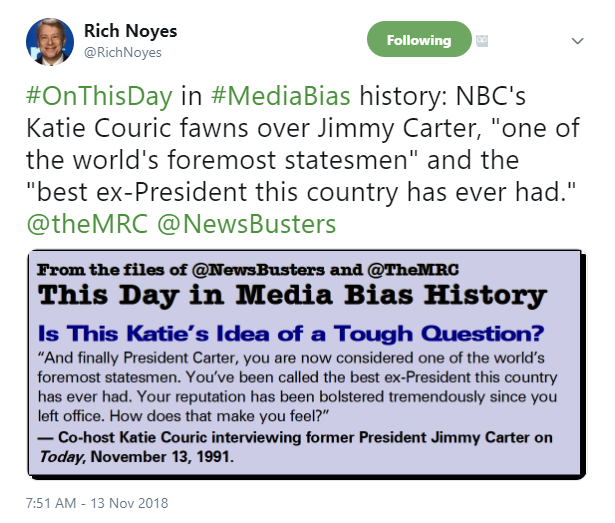 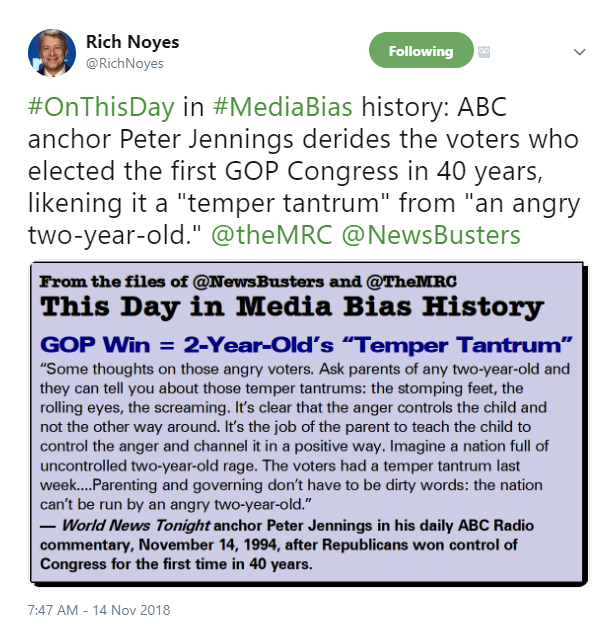 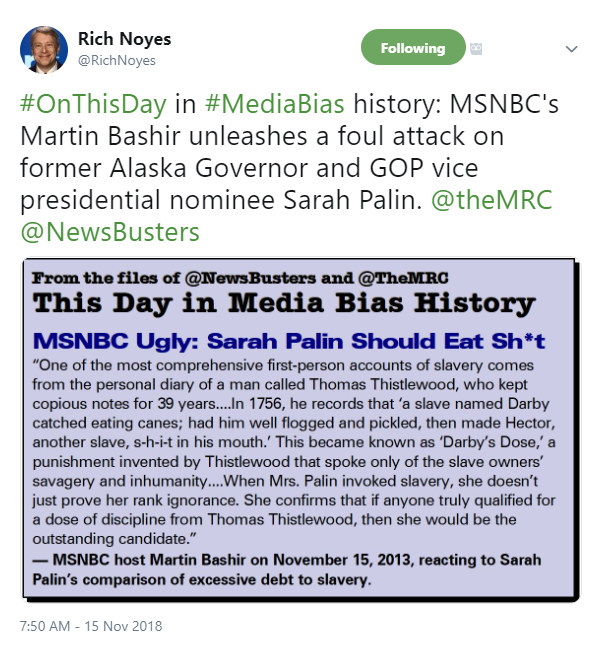 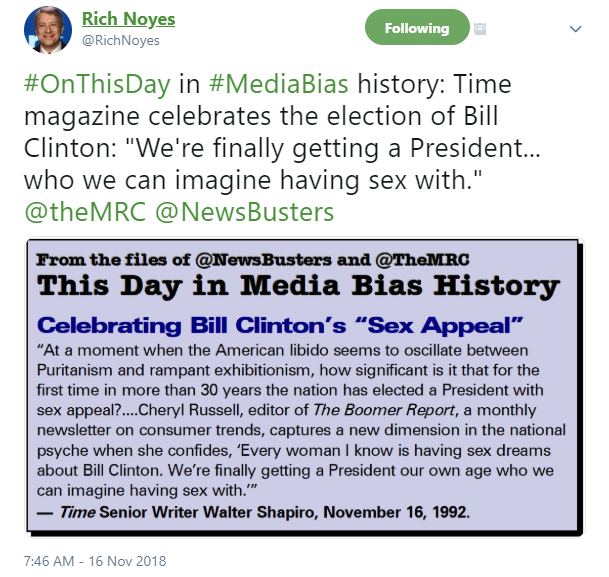