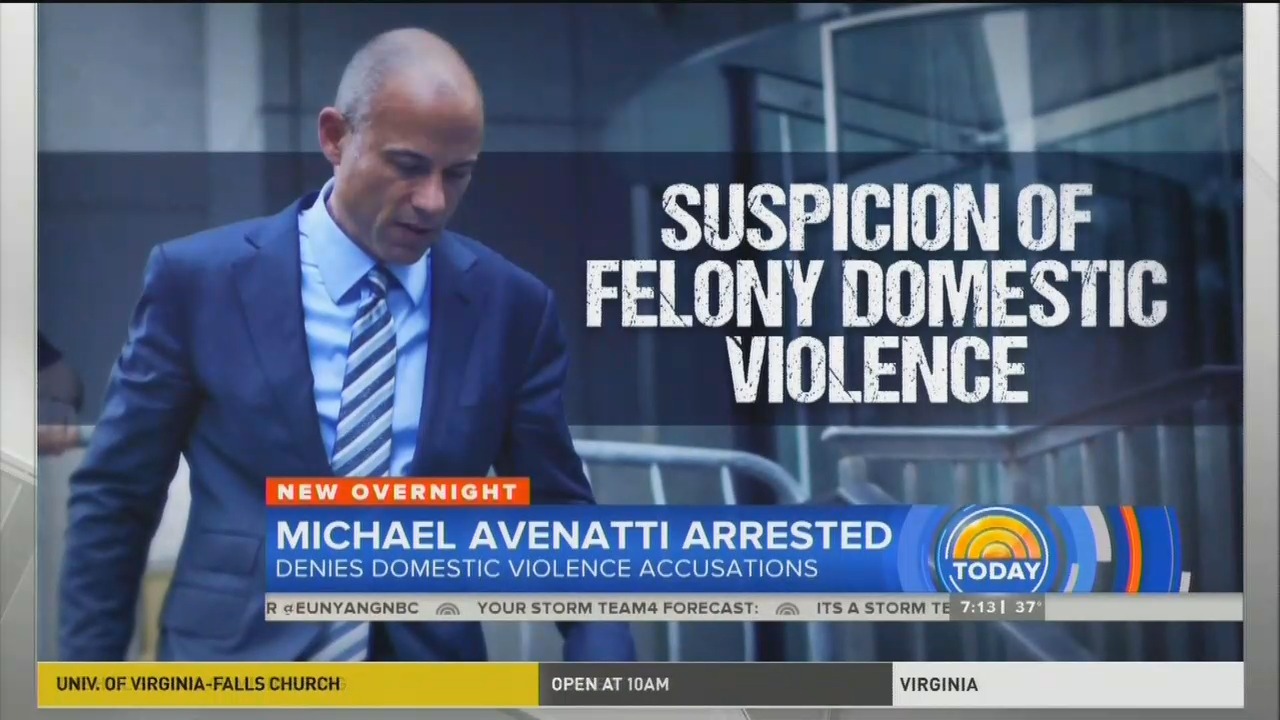 Even the headline of the print edition touted what may be most important to NYT liberal journalists: “Crusading Critic of Trump Is Arrested After a Report of Domestic Violence.” The online version is a little more vanilla: “Michael Avenatti Arrested on Suspicion of Domestic Violence in Los Angeles.”

Michael Avenatti, the lawyer who rose to fame representing the pornographic film actress Stephanie Clifford and positioned himself as a crusading critic of President Trump and fierce advocate of women’s rights, was arrested in Los Angeles on Wednesday afternoon on suspicion of domestic violence, a spokesman for the city’s Police Department said.

Based in Newport Beach, Calif., Mr. Avenatti — 47 and recently divorced — took up residence in a New York City hotel starting last spring, capitalizing on his new fame and becoming a fixture on the cable news circuit.

He has quoted Maya Angelou on women’s rights while labeling the president a misogynist — and calling himself a strong ambassador of feminism who would be well suited to representing the Democratic Party in the 2020 race for president.

In July, Brent Bozell and Tim Graham explained how infatuated the Times seemed to be with Avenatti:

But the Times gushed all over Avenatti, over his “blatant blue eyes,” and his “steely and composed” face with the “Cubist” geometric angles. He “traffics primarily in a commodity in short supply among left-leaning voters: hope.” He has a “messianic standing among liberals.” Among his Twitter fans “canonization proceedings were under way.” One tweeted “There is a God. He sent us Avenatti.” Another wrote “You and Stormy may be the saviors of our democracy.”

Apparently his arrest isn’t worthy of the same prominent coverage.

MSNBC’s Morning Joe and CNN’s New Day, Thursday allowed a combined 67 seconds on the Avenatti arrest. This is despite a six hour run time.