CNN: ‘Trump Has No Plans to Claim Any Personal Responsibility’ for Inciting Bombs

CNN’s liberal bias is so overt and obvious these days, you don’t even have to hear the journalists speak. Just reading the onscreen graphic will explain everything you need to know. In the wake of Wednesday's attempted mail bombings, here’s how the CNN graphics department responded.

At 12:19pm, the chryon (electronic caption) convicted: “CNN: Trump Has No Plans to Claim Any Personal Responsibility for Inciting Serial Bomber.” Gee, why hasn’t Trump taken “personal responsibility” for terrorism and attempted murder? Perhaps the person who mailed the bombs is responsible? 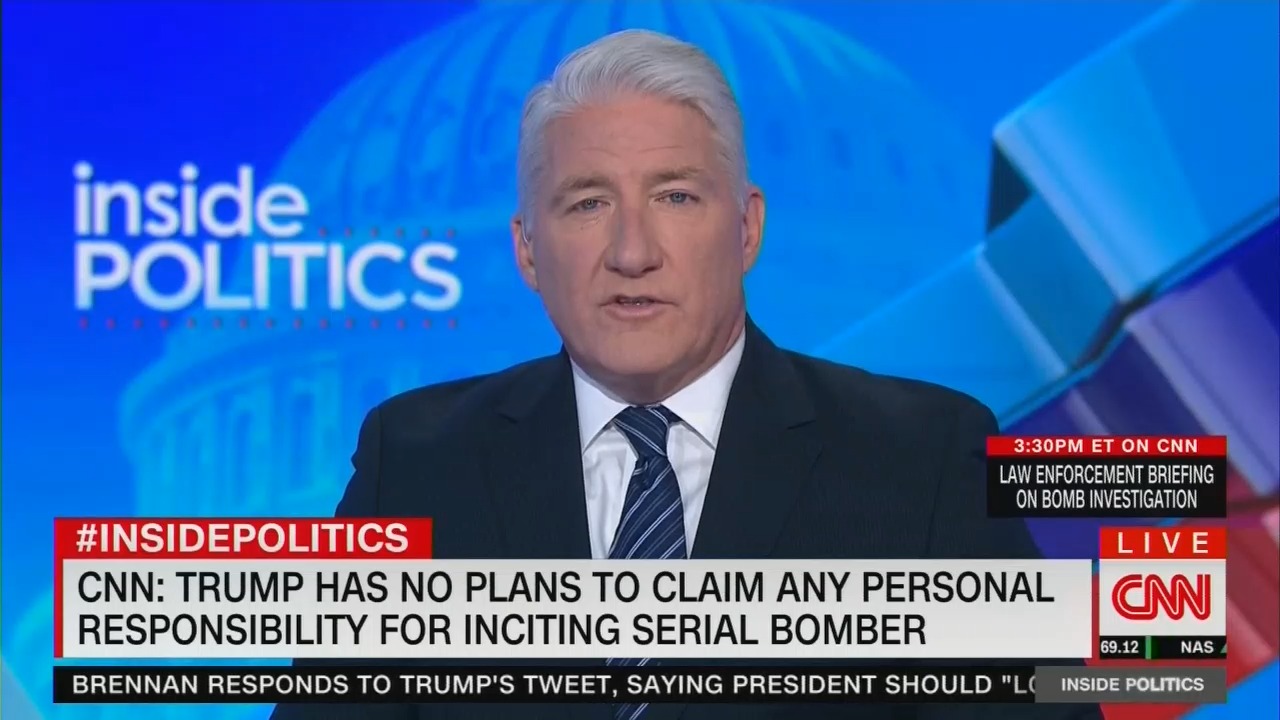 Remember the ongoing criticism of Bernie Sanders after James Hodgkinson, a supporter of the socialist senator, attempted the mass slaughter of Republican Congressmen at a baseball field? Neither do we. 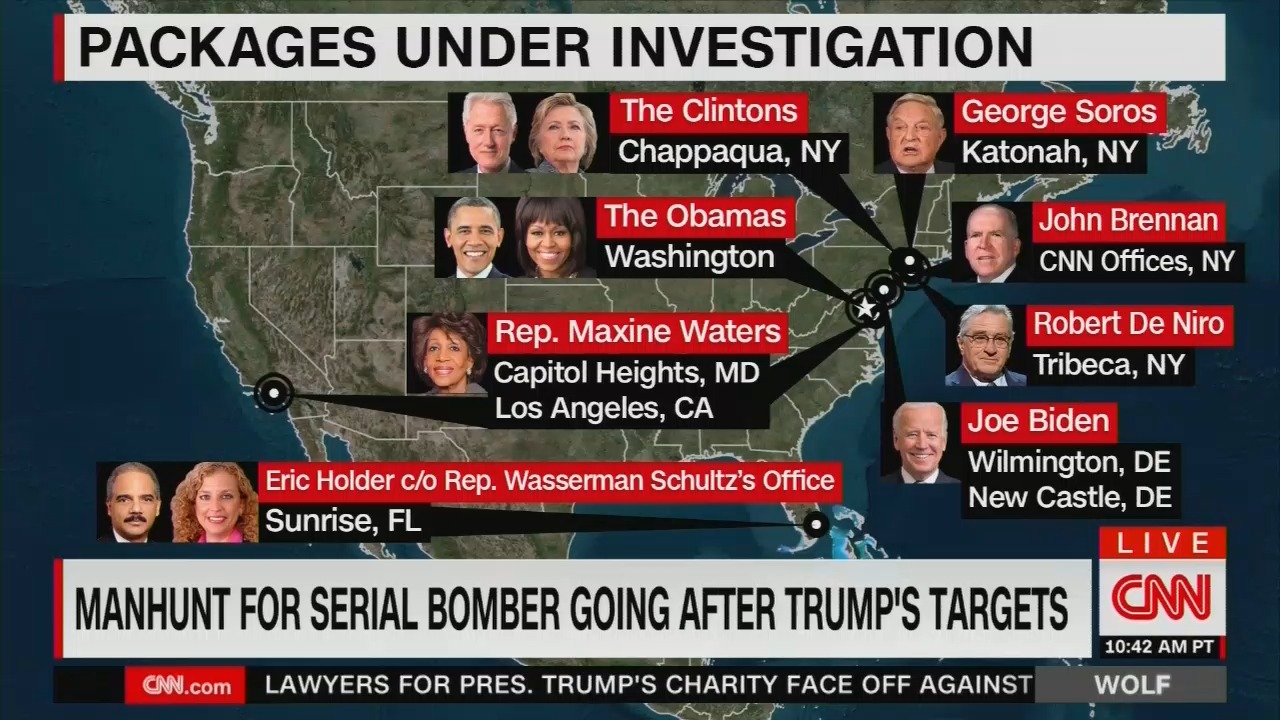 At 1:43pm ET, the chyron chided the President’s “lecturing” by lecturing over hypocrisy: “Trump Lectures Critics & Media, But Ignores His Own Rhetoric.” 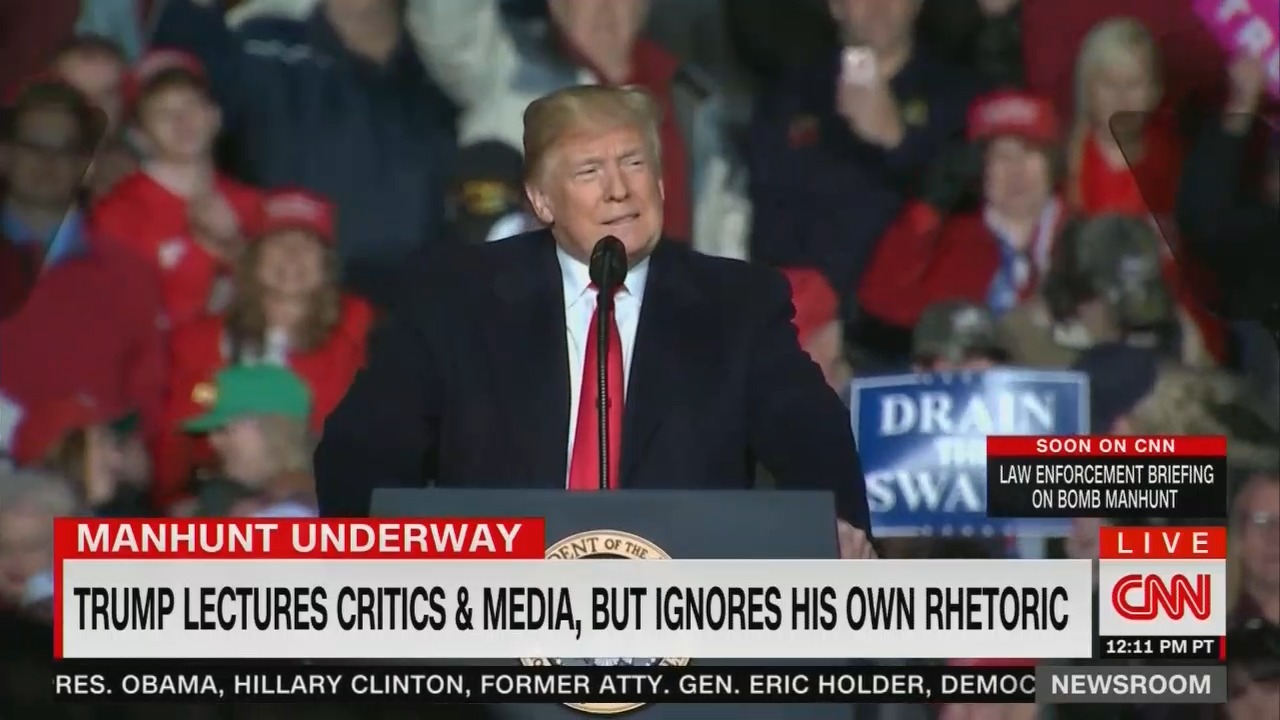 At 3:36pm, CNN kept up the graphic bias by underlining, “FBI on Suspicious Packages Sent to Trump’s Critics.” 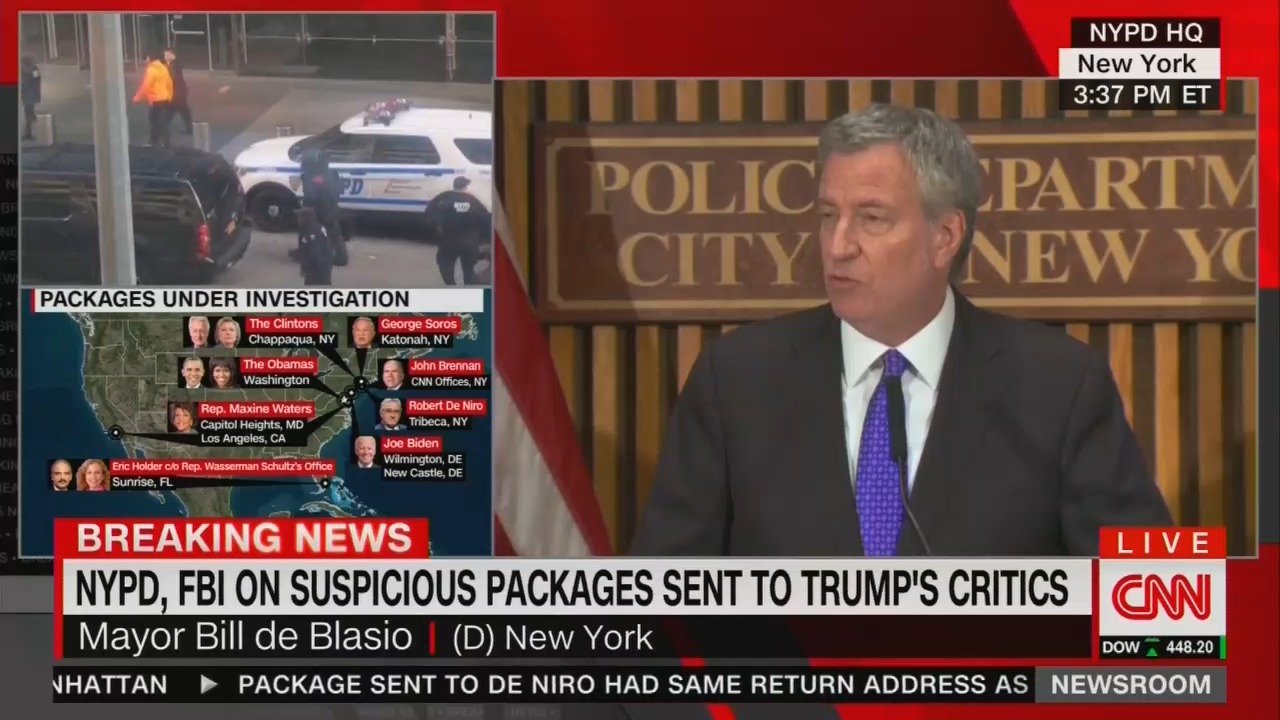 Okay, CNN. We get it. One thing no one could accuse CNN of: Subtlety