While devoting a full report to celebrity Taylor Swift endorsing Democrats in her home state of Tennessee, the journalists at ABC’s Nightline on Monday couldn’t help but compare the situation to past liberal champions: The Dixie Chicks. Journalist Linsey Davis reminded, “The Dixie Chicks certainly know what it's like to be punished for getting political. Back in 2003, they triggered a landslide of criticism after saying they were ashamed then-president George W. Bush was from their home state of Texas.”

Recounting the backlash against the singers, she detailed, “People responded by bulldozing Dixie Chicks CDs, boycotting concerts, blacklisting their music from the airwaves. It took years before the group made a comeback.”

Of course, the history of all this is more nuanced. It’s true that actual country music fans objected in 2003 when band member Natalie Maines defensively told Europeans: “Just so you know, we're on the good side with y'all. We do not want this war, this violence, and we're ashamed that the President of the United States is from Texas.”

But liberal media outlets swooned at the attack on George W. Bush. Entertainment Weekly featured them on the May 2, 2003 cover, portraying them as martyrs for free speech. The New York Times later decried the “patriotic fatwa” against the women. ABC's Diane Sawyer interviewed the singers in primetime. 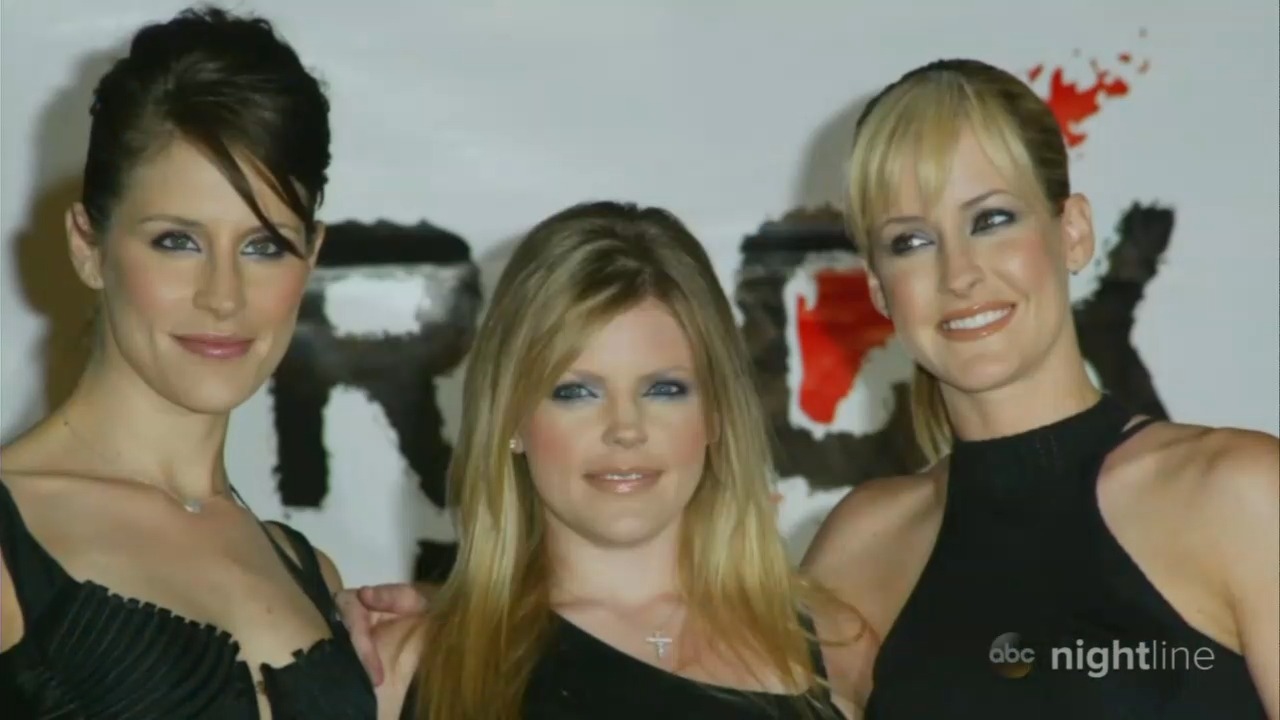 Three years ago, as everyone knows, [Dixie Chicks] lead singer Natalie Maines said — about the impending war in Iraq — said she was ashamed that President Bush was from her home state, Texas. The reaction to her words was seismic and from some people even vicious....[Today] they are spirited, unbowed and they are back with a new single called 'Not Ready to Make Nice.'
— Sawyer introducing a taped interview with the Dixie Chicks on ABC's Good Morning America, May 23, 2006. 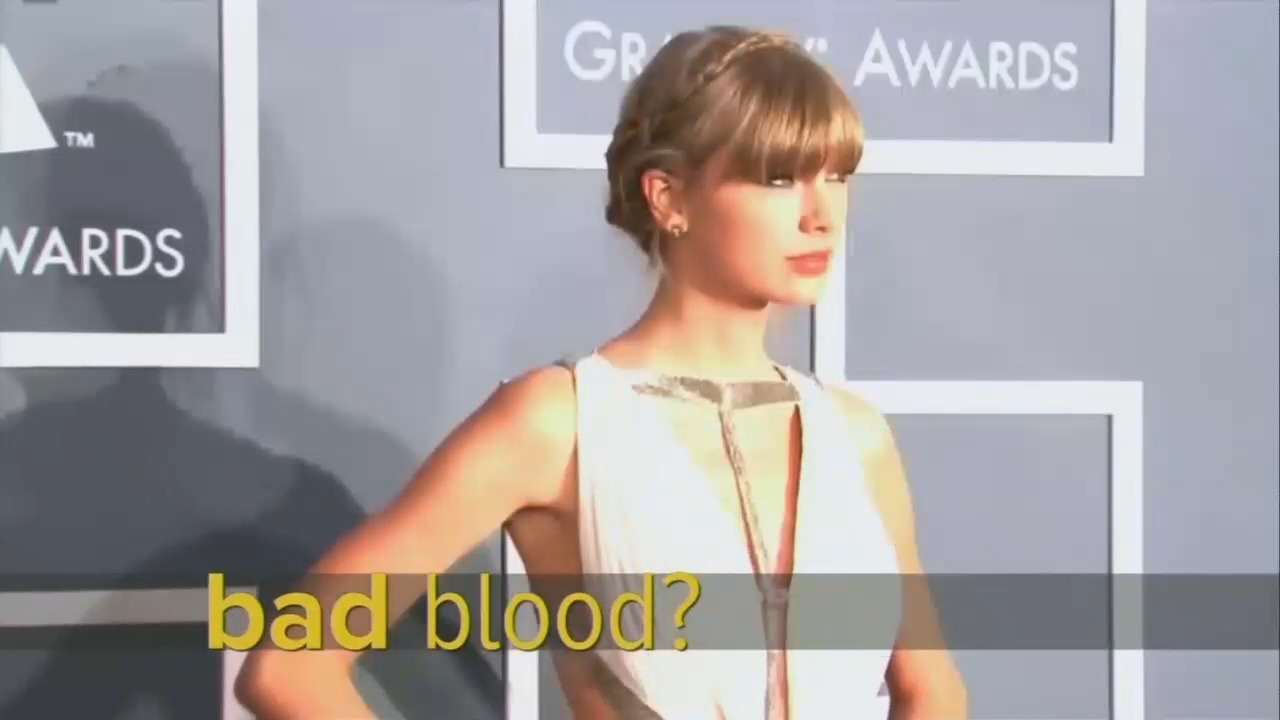 The idea that someone could just disagree with Swift’s lecturing wasn’t considered. All the “scorn” will be “ugly” and “disrespectful.”

LINSEY DAVIS: Taylor Swift breaks her political silence and says it's the pop princess fueling the nation's political clashes as the newest Supreme Court justice gets his ceremonial swearing-in.

DAVIS: Tonight, we begin with the latest mix of politics and showbiz. Taylor Swift going public with her political views for the very first time, deepening the divide that has been center stage with the bitter Supreme Court battle. The President clapping back at but she isn't the first celebrity to weigh in politically. A look back now at the backlash and support for the stars.

DAVIS: Taylor Swift is taking on politics. Wading into unfamiliar waters. Pitting the pop princess against the president.

DAVIS: Like her hit song "Look what you made me do," Swift explained in a lengthy Instagram post Sunday night she felt she had to speak up. She wrote, “In the past I've been reluctant to publicly voice my political opinions. But due to several events in my life and in the world in the past two years, I feel very differently about that now." She says she's speaking now because, quote, "I believe in the fight for LGBTQ rights and that any form of discrimination based on sexual orientation or gender is wrong. I believe that the systemic racism we still see in this country toward people of color is terrifying, sickening, and prevalent.” Then the niceties were over. And the singer took aim at the Senate race in her home state of Tennessee. Specifically the Republican candidate. "As much as I have in the past and would like to continue vote for women in office I cannot support Marcia Blackburn. Her voting record in Congress appalls and terrifies me." Blackburn is currently a member of Congress in the House.”

RICK KLEIN; It is striking to see a celebrity endorsement that goes into detail, doesn't just give a slogan, gives an explanation.

DAVIS: Swift says Blackburn voted against equal pay for women, against the reauthorization of the Violence Against Women Act. She also disagrees with Blackburn's stance against gay marriage and protections for LGBTQ rights. "These are not my Tennessee values.”

DAVIS: This year, Swift says she's throwing her support to Democrats, including Blackburn's opponent, former Tennessee governor Phil Bredesen, who thanked swift on Twitter. “I'm honored to have your support and that of so many Tennessean who are ready to put aside the partisan shouting and get things done.” President Trump was swift to disagree with the pop star's criticism.

DONALD TRUMP: Marcia Blackburn is doing a very good job in Tennessee. She's leading now substantially which she should. She's a tremendous woman. I'm sure Taylor Swift has nothing —  doesn't know anything about her.

KLEIN: The fact that it's a fight is a bad sign for Republicans. The fact that they have to play defense in places like Tennessee tell you why that Senate race is suddenly in play for Democrats.

DAVIS: The timing of Swift's announcement comes just hours after the U.S. Senate confirmed Brett Kavanaugh as the newest supreme court justice, despite allegations of sexual assault and misconduct.

DAVIS: A process that exposed just how angry and did divided the country’s politics have become. Tonight, Trump taking another victory lap, standing side by side with Kavanaugh at his ceremonial swearing-in.

DAVIS: The Dixie Chicks certainly know what it's like to be punished for getting political. Back in 2003, they triggered a landslide of criticism after saying they were ashamed then-president George W. Bush was from their home state of Texas.

MAN: I think they should send her Natalie to Iraq, strap her to a bomb, drop her over Baghdad.

DAVIS: People responded by bulldozing Dixie chick CDs, boycotting concerts, blacklisting their music from the airwaves. It took years before the group made a comeback. Levy says swift won't suffer the same blow back.

DAVIS: Swift's message appears to be especially targeting those younger fans, writing, "So many intelligent, thoughtful, self-possessed people have turned 18 in the past two years and now have the right and privilege to make their vote count."

PERRY BACON: A lot of the evidence suggests younger voters lean Democratic. So the higher the young vote, the better it is for the Democratic Party.

DAVIS: But rallying young voters is often an uphill

BACON: Voters under 30 consistently, in almost every election cycle, voted at much lower rates than voters over 60.