Some quotes need no introduction because they are just so insane. On July 20, 1998, Time contributor Nina Burleigh said this of Bill Clinton: “I would be happy to give him a blow job just to thank him for keeping abortion legal. I think American women should be lining up with their presidential kneepads on to show their gratitude for keeping the theocracy off our backs.” Wow. How does that quote look after the Me Too revolution?

Talk about a quote that didn’t age well: MSNBC host Rachel Maddow on July 14, 2015 was VERY excited about Barack Obama’s nuclear deal with Iran (an agreement that the United States is now no longer apart of). She gushed: “We don’t know if the Iran deal is going to work. If it does, it will be the major policy achievement, not only of this presidency, but of this American generation.”

Below are Rich Noyes’s collected tweets from week 29 of This Day in Media Bias History. To get the latest daily examples, be sure and follow Noyes on Twitter. (To see recaps of the first 28 weeks, go here.)

Keep reading until the very end for a special This Week in Media Bias bonus quote! 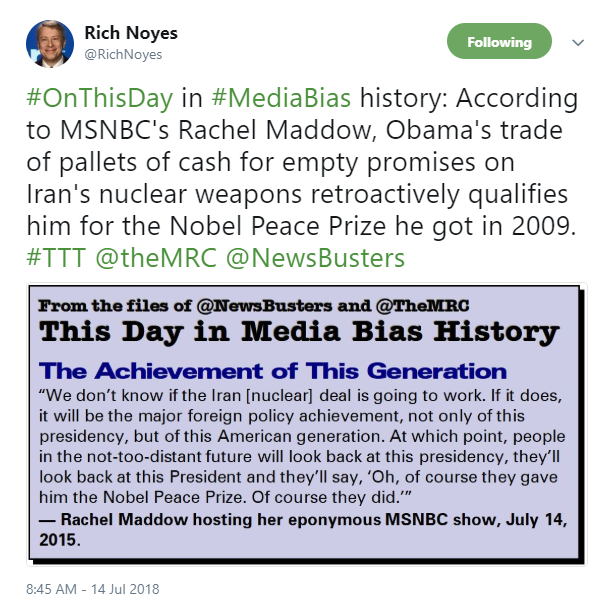 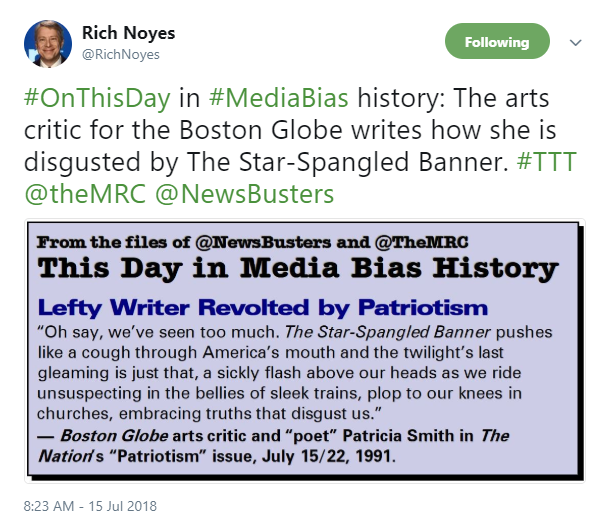 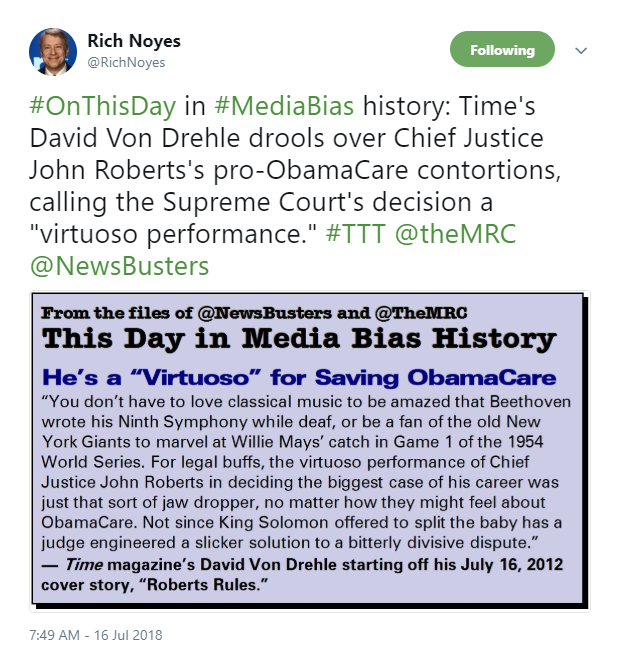 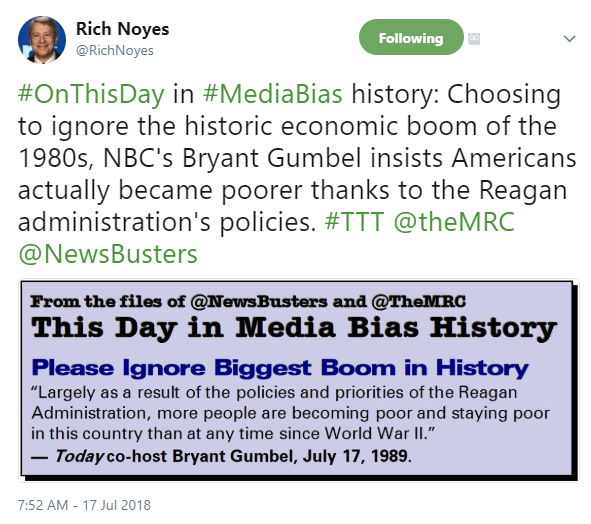 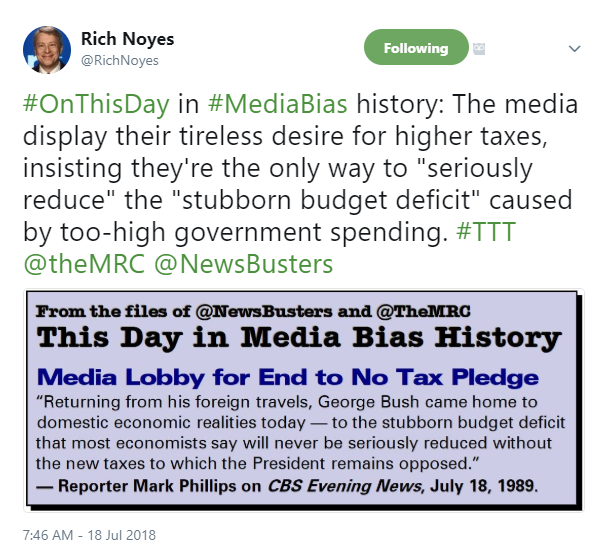 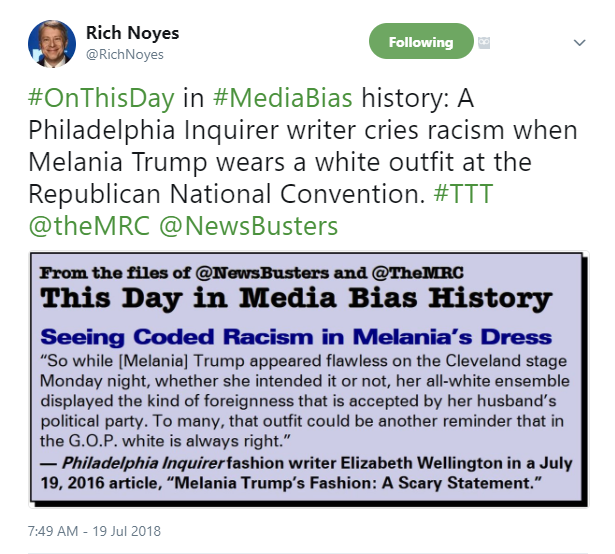 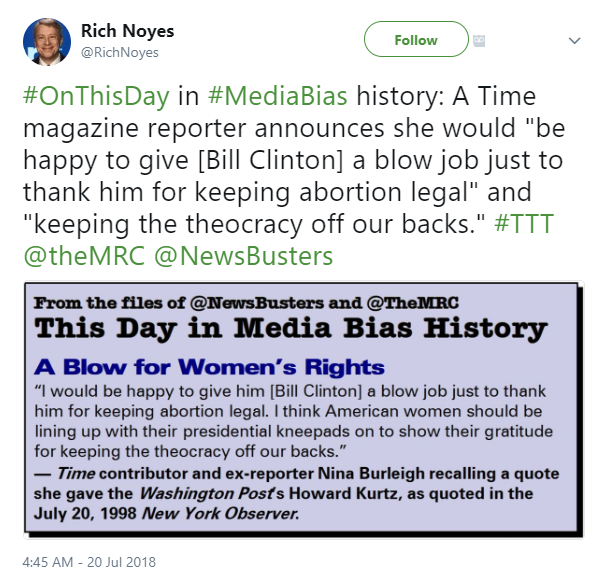 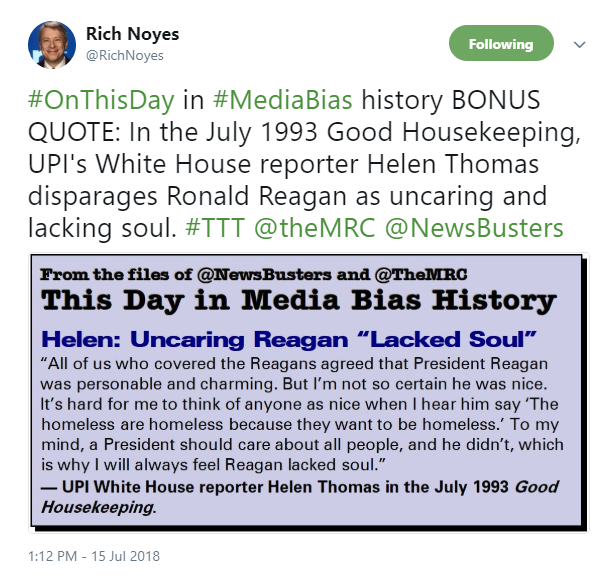