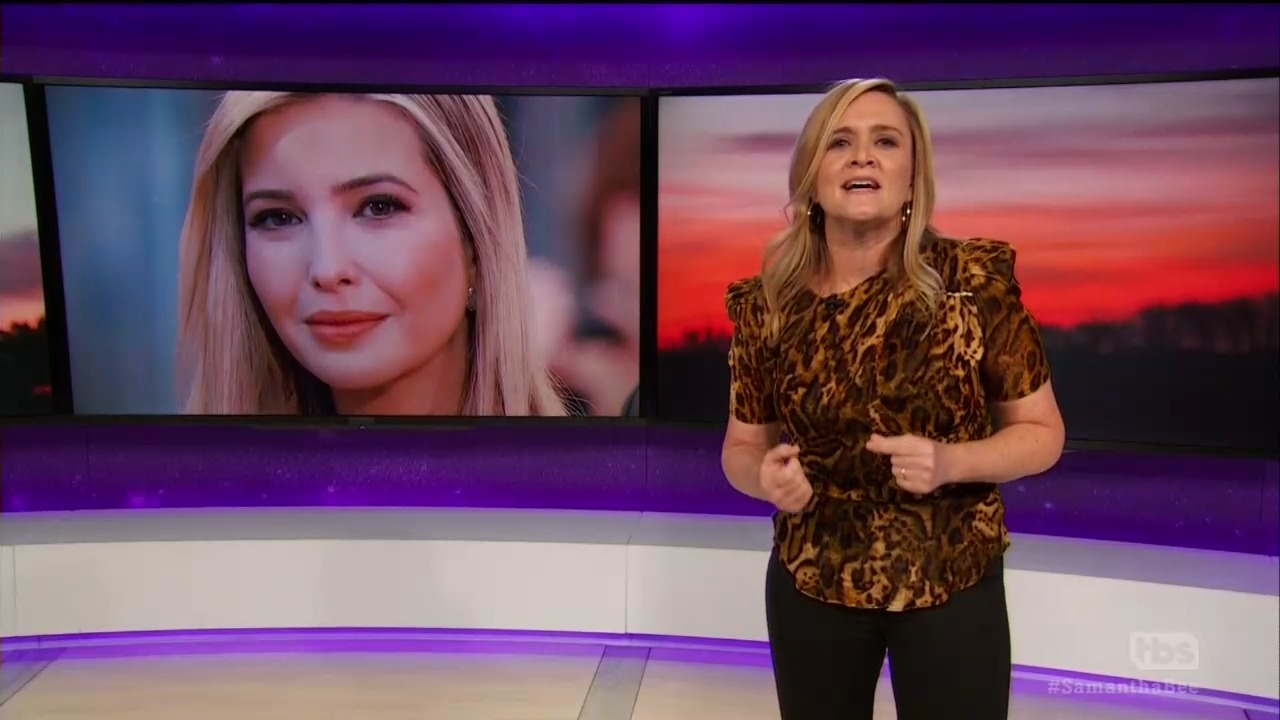 One week after TBS host Samantha Bee unleashed an obscene attack on Ivanka Trump, most of the advertisers seem to have disappeared from her Full Frontal show. Bee on Wednesday night returned to blame the media for playing up her vulgar comments, but companies like Taco Bell, Jim Beam, Geico and others did not.

TBS mostly filled the June 6 program, the first since the original remarks, with commercials promoting other TBS and TNT shows. There were only six national spots. They included: Playstation 4, Cascade, upcoming movies like Oceans 8 and the Jurassic World: Fallen Kingdom. Also, the EPIX TV show Deep State and AMC’s Dietland.

On May 30, the date Bee called Mrs. Trump a “feckless c**t,” State Farm, Snickers, Discover, Taco Bell and others advertised. None were back on June 6. State Farm and Autotrader announced they were dropping Bee. Others seem to have just quietly pulled out. 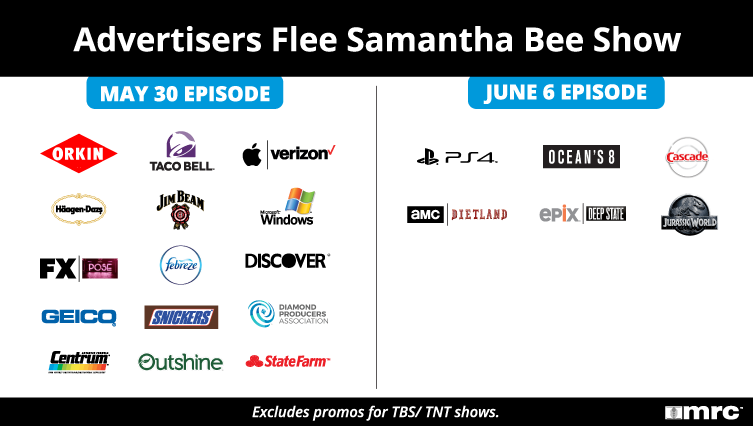 (If one follows the corporate trail, the film Oceans 8, which advertised on Full Frontal on June 6, is being distributed by Warner Bros. The parent company? Time Warner. TBS is also under the umbrella of Time Warner.)

On May 30, Bee showed a picture of the President’s daughter and ranted: “You know, Ivanka, that's a beautiful photo of you and your child.... But let me just say, one mother to another, do something about your dad's immigration practices, you feckless c**t. He listens to you!”

On June 6, she apologized: “I used [the c-word] as an insult. I crossed a line, I regret it, and I do apologize for that.”

Speaking of the c-word, Bee claimed she is trying to “reclaim” it: “I have used on the show many times, hoping to reclaim it.” Is that the official policy of TBS? To try and promote the use of such a disgusting term? The host partially blamed the media: “I hate that this distracted from more important issues. I hate that I did something to contribute to the nightmare of 24-hour news cycles that were all white-knuckling through.”

The next scheduled Full Frontal show is June 13. On that date, which advertisers will still be supporting this vulgar, hateful program?

[Thanks to Curtis Houck for comparative information on Full Frontal advertisers.]