WashPost Remembers ‘Chappaquiddick’ as ‘a Camelot Made of Sand’

The Washington Post on Thursday complained about Chappaquiddick, a new film that exposes Ted Kennedy’s appalling actions after a car accident in 1969. The movie, in unflinching terms, shows Kennedy abandoning victim Mary Jo Kopechne to die in an overturned, submerging car.

After fleeing the accident, he did not report the crime for 10 hours. Sometime during that period, the woman drowned. Yet, Post writer Dan Zak fretted:

For those of a certain age, Chappaquiddick is the sound of a Camelot made of sand, dragged away by the tide. In conservative media, the word is still brandished as an insult, or a meme, to undermine any accomplishment of the Kennedy family, which remains the focus of dark conspiracy theories. 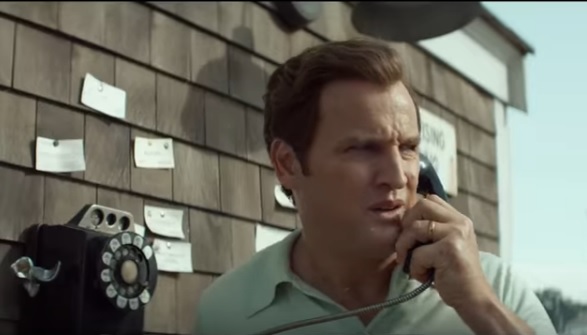 The print edition of the article includes this headline: “In film depicting tragedy involving Sen. Ted Kennedy, the women remain out of focus.” Yet phrases like “Camelot made of sand” parrot the tired trope that Chappaquiddick is something that happened to Kennedy. It was something he did to Kopechne.

Despite the headline that “the women remain out of focus,” Zak’s own article admits:

Kopechne’s relatives are happy to see her given new meaning on-screen.

Kopechne relatives were reportedly pleased with the film after seeing a preview in Wilkes-Barre, Pa., last month.

“Maybe now Mary Jo will be brought to the forefront and remembered not just for how she died but for who she was,” her first cousin Georgetta Potoski told People magazine recently.

Zak means other women. His big complaint is that Kennedy aides at the party don’t get enough attention:

On the big screen, he has been brought back to life and surrounded by the six women at the cookout. They were referred to as “the boiler room girls,” because they worked the phones and wrangled party delegates for Bobby Kennedy’s 1968 presidential campaign.

The boiler room girls, on-screen and in real life, remain frustratingly out of focus.

The filmmakers did not contact the boiler room girls — though one contacted them, to demand her name be removed.

Zak described the Kennedy loyalists at a party on Chappaquiddick island as “idealists in their prime.”

Of course, the focus of the movie is --- and should be --- justice for Ms. Kopechne. (Zak is the partisan Post writer who smeared Nancy Reagan shortly after her death.)

On March 21, the Post compared Kennedy’s actions that night to… the Trump era. CNN, ignoring the victim, saw Chappaquiddick as "one of Ted Kennedy's darkest hours."