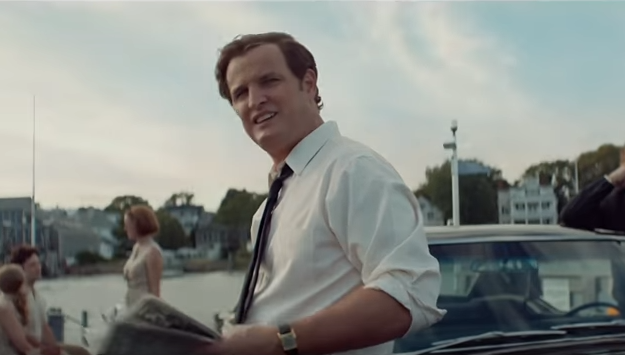 The producer and CEO behind a new film that bluntly exposes the drowning of Mary Joe Kopechne says “powerful people” tried to stop the Ted Kennedy expose from ever being released. Bryron Allen talked to Variety on Thursday and revealed: “There are some very powerful people who tried to put pressure on me not to release this movie.”

He added: “They went out of their way to try and influence me in a negative way. I made it very clear that I’m not about the right, I’m not about the left. I’m about the truth.” Chappaquiddick will debut on April 6 and has a lot of buzz as a movie that finally exposes Kennedy's sins.

Mary Jo Kopechne, left to drown in the waters of Martha’s Vineyard in July 1969, was the first #MeToo victim. Her death, suggested here as caused by the late Senator Edward Kennedy, is the paradigm for everything being discussed today.

Forty-eight years later, let’s be clear on what the meaning of Chappaquiddick is. Ted Kennedy should, by all rights, have stood trial for involuntary manslaughter, which would likely have ended his political career. The fact that the Kennedy family — the original postwar dynasty of the one percent — possessed, and exerted, the influence to squash the case is the essence of what Chappaquiddick means. The Kennedys lived outside the law; the one instance in American history of an illegally stolen presidential election was the election of John F. Kennedy in 1960. He in all likelihood lost the race to Richard Nixon, but his father tried to steal the election for him by manipulating the vote tallies in (among other places) Illinois. That’s the meaning of Chappaquiddick too.

But that doesn’t mean that all media outlets will keep this discussion of Ted Kennedy’s culpability on Ted Kennedy. On March 21, The Washington Post compared the drowned Kopechne to the... Trump era.

On March 27, CNN described Chappaquiddick was “one of Ted Kennedy’s darkest hours.” One of? What’s worse than abandoning a woman to drown?

During his life, media coverage of Senator Kennedy was more like this: On January 5, 2003, Boston Globe columnist Charles Pierce famously gushed over Kennedy: “If she had lived, Mary Jo Kopechne would be 62 years old. Through his tireless work as a legislator, Edward Kennedy would have brought comfort to her in her old age.”

As the MRC’s Brent Bozell and Tim Graham concluded, “For more than half a century, the media elite has presented the Kennedys in oozy, honorific terms as a gallant band of devout Irish Catholic public servants. And they wonder why people denounce them for spreading ‘fake news.’”

Chappaquiddick comes out on April 6. The trailer can be found below: