Just False: Cuomo Bizarrely Claims ‘No One’ Wants to Repeal the 2nd Amendment

What world is Chris Cuomo living in? The liberal CNN anchor on Wednesday falsely tweeted that “no one [is] calling for” a repeal of the Second Amendment. Except liberal politicians and journalists are expressly doing just that. The cable journalist has been lobbying for gun control on Twitter and fighting with pro-Second Amendment conservatives.

He responded to one person with this bizarre (and false) claim: 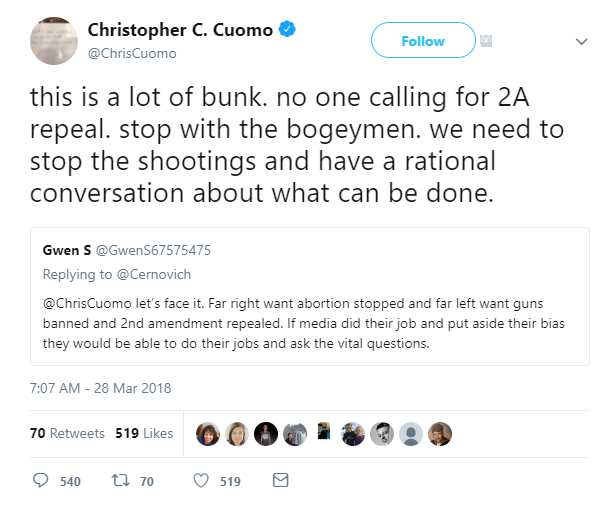 No less than a powerful, retired Supreme Court Justice, John Paul Stevens, used the pages of The New York Times on Tuesday to urge repeal. The headline, in case Cuomo found it confusing: “John Paul Stevens: Repeal the Second Amendment.”

Commentary editor Noah Rothman nailed Cuomo on Twitter, pointing out liberals who, just this week, have called for the abolishment of the Second Amendment: 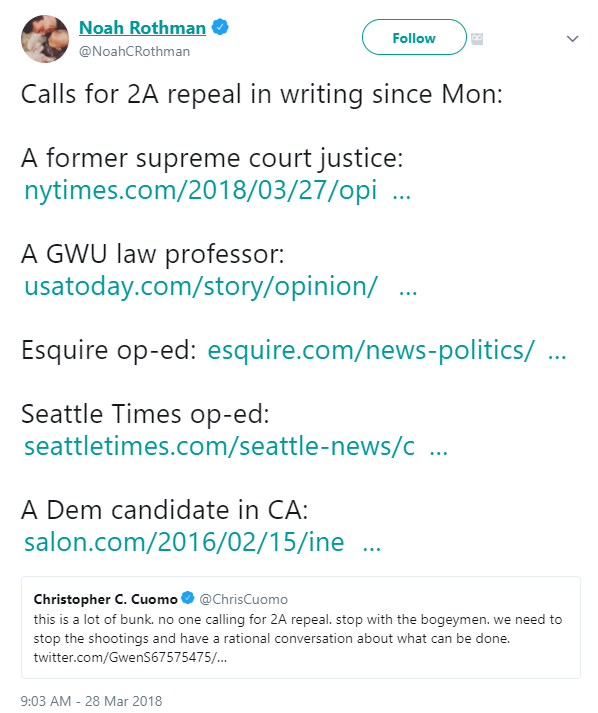 Caught by his totally inaccurate assertion, Cuomo lamely tried to spin Justice Stevens as unimportant, a person who simply “was talking about ways to get quick legal change on access to weapons.” 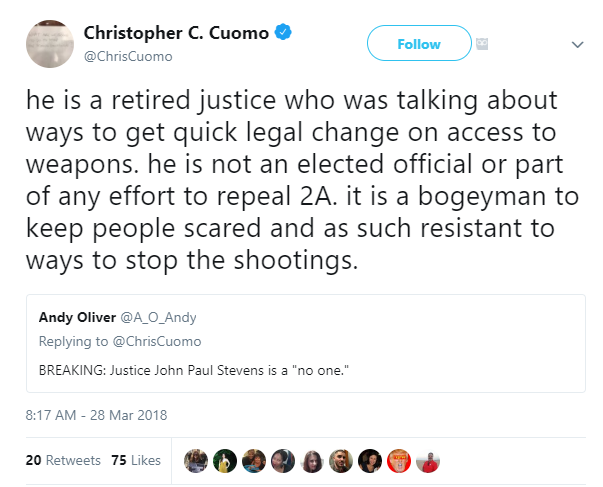 In a follow-up tweet, Cuomo demanded that people “read the full context of What Stevens said.” Okay. Was the judge's call for “a constitutional amendment to get rid of the Second Amendment” somehow vague or baffling for the journalist?

The Washington Free Beacon’s Steve Gutowski summed up the sad state of journalistic affairs this way: 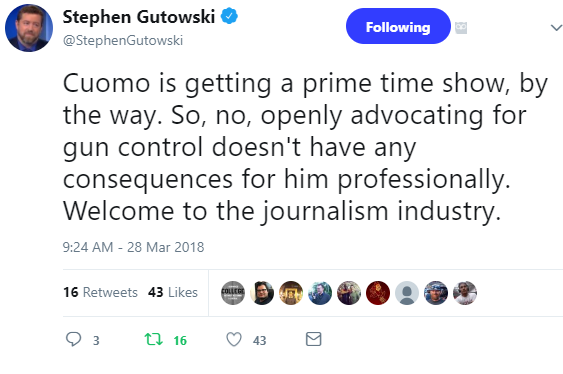 For a network that pompously touts its own “facts first” campaign, CNN — and Chris Cuomo — are clearly fake news here.