CBS Features ‘God’ to Promote Oprah Run Against Trump: ‘Yes, She Can!’

CBS’s desperation for Oprah Winfrey to challenge Donald Trump in 2020 escalated to ridiculous lengths on Tuesday night. Stephen Colbert featured “God” to encourage the liberal talk show host to run. Appearing on Late Night, “God” wore Oprah 2020 apparel and seemed to worship the host: “Hmm, How do I make this clearer, Oprah?... Oprah Winfrey 2020! Yes, she can!”

“God” stood in awe of the liberal entertainer: “Wow. Oprah knows who I am? I can't wait to tell Jesus. I'm going to look so cool.” Colbert’s show couldn’t resist taking a shot at traditional Christians, having “God” implore, “Come on, Oprah! I had all this merch printed up! I put it on my wife's credit card. She's going to kill me.”

On Tuesday, CBS This Morning co-host (and best friend of Winfrey) Gayle King used the network’s airwaves to push a 2020 run: “I also think you have a unique ability in terms of healing and connecting all people.” She cited the late poet Maya Angelou as a reason Winfey should take on Trump: “What do you think Maya would say? It's one of these times I wish Maya was here. What do you think that she would say?” 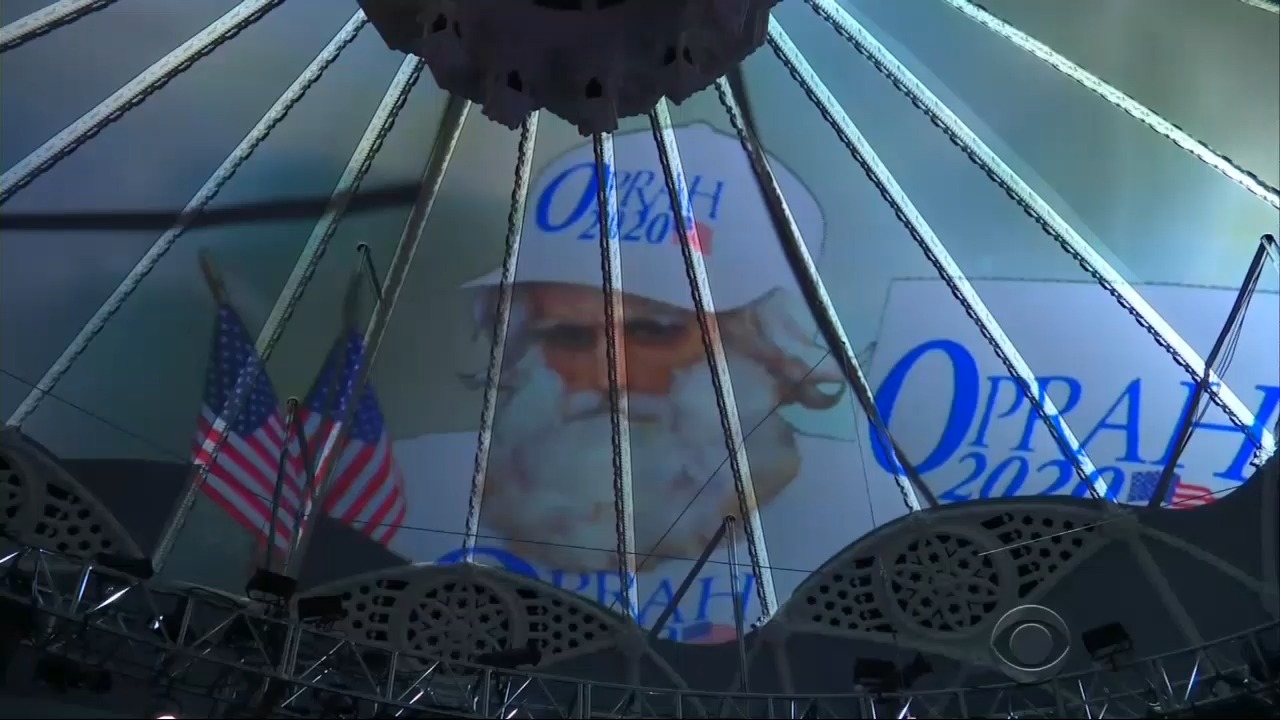 On February 18, 60 Minutes gave Winfrey a platform to interview pro-and Anti-Trump voters. The potential 2020 candidate questioned her possible opponent’s mental fitness: “There have been some members of Congress, including Republicans, questioning his stability and fitness for office. What do you think of that, and do you believe he has the temperament to be president?”

On Tuesday, Winfrey told Colbert she was baffled as to why Trump would find her biased:

I didn’t understand that.... When I heard the President had tweeted that I went back and looked at the tape to see what is he actually talking about? Was I biased? Were we not fair? And I didn’t get it. I really— but I did examine it. I called up the 60 Minutes producers. I said, “Hey... is there any validity to this at all?” And we all looked at it and said no."

Here’s the message from CBS: Winfrey is totally neutral. But she should also run for president against Trump. That’s liberal media logic for you.

A partial transcript is below. Click "expand" to read. 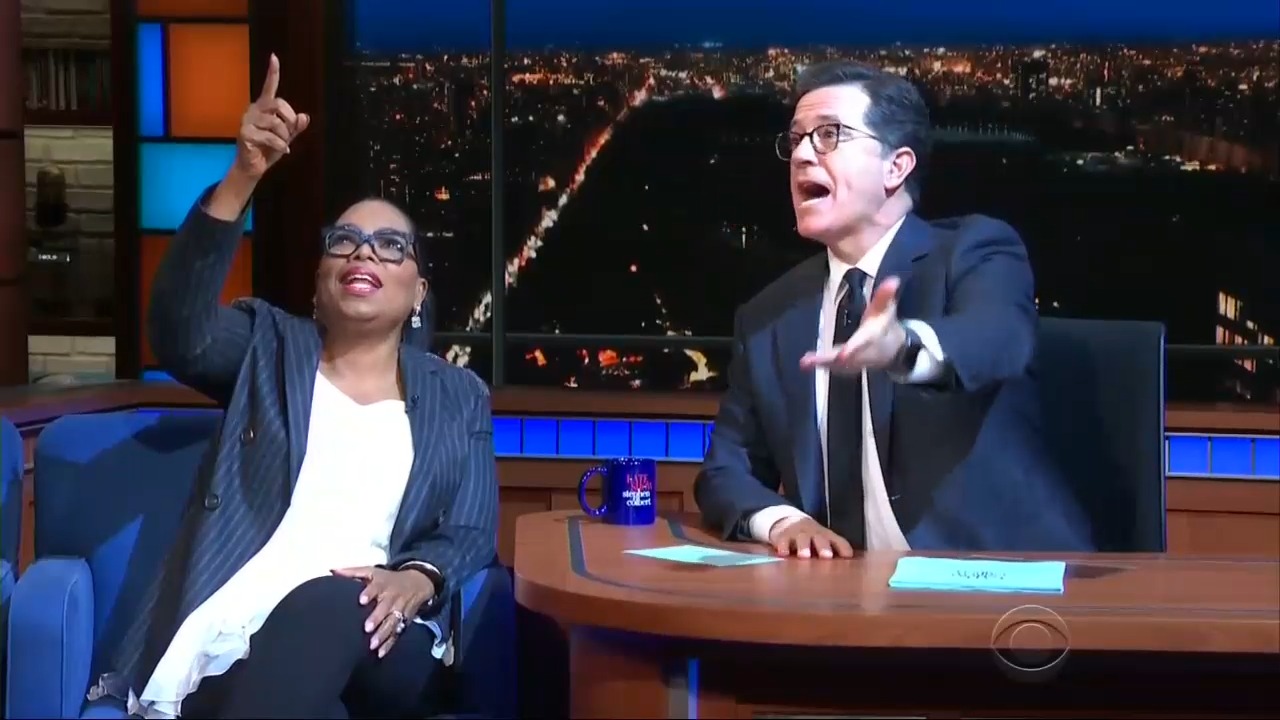 WINFREY: I feel humbled and honored by that. Just isn't something—  I've said this before. I would know it. I mean, it would be, you know, everybody saying it, I am very much in touch with my inner GPS. I'm in touch with God, the voice of God.

COLBERT: Hey, it's God, everybody! Give it up for the Lord.

COLBERT: I apologize. God stops by every once in a while. He's a fan. I can help you, Lord? I'm kind of in the middle of talking to somebody important.

WINFREY: That's great to hear. I'm a big fan of yours, too. I really am.

COLBERT: God, I don't mean to hurry you along, but is there something you'd like to tell Oprah?

“GOD”: Oh, yeah. I hear thou seekest a sign? Well, is this clear enough? [Holds up a sign that says “run.”] Take your time. I've been here for eternity.

WINFREY: All I can say, God, is that run ago "Run" is now a part of my exercise routine. I can tell you that.

COLBERT: Well, there it is. You asked for it. There it is, open remark a big endorsement.

WINFREY: Okay. Lord let me just say this to you. It's not something I've ever seen myself doing. It's not the kind of job that you can have without fully devoting yourself to it 100 percent.

“GOD”: Not really. Have you seen this White House?

“GOD”: Come on, Oprah! I had all this merch printed up! I put it on my wife's credit card. She's going to kill me.

WINFREY: God, take it from me, Oprah. It’s gonna okay. Everything's gonna be okay. And I'm sure you're going to find someone who you are just inspired by in 2020.

“GOD”: Thanks, Oprah. Look, before I let you go, any chance you could get the Bible into your book club?

COLBERT: God, everybody. Thank you, Lord!