ABC and NBC on Friday skipped the news that a photographer in 2005 agreed to cover up the photograph he took of then-Senator Barack Obama and notorious Jew hater Louis Farrakhan. Only CBS This Morning covered the details of a meeting took place between Obama, Farrakhan and the Congressional Black Caucus.

CBS co-host John Dickerson cited the New York Daily News and revealed, “A 2005 photo of then-Senator Barack Obama and the nation of Islam leader Louis Farrakhan was, quote, suppressed.” (It wasn’t “suppressed,” CBS. It was just suppressed.) This was done in order to protect Obama’s presidential ambitions.

Note the way Dickerson delicately danced around the collusion between the Democrats and the photographer: “The Caucus raised concern the photo could impact Mr. Obama's chances of being president. [journalist Askia] Muhammad says he handed it over to  Farrakhan’s staff shortly afterward. The paper makes clear Mr. Obama repeatedly condemned Mr. Farrakhan’s controversial views.”

It was in the Congressional Black Caucus meeting room. Actually, I was looking at the picture. And if you look very, very closely, you can see on some of the people, they have a sticker, this is HC9, which is one of those caucus rooms in the basement of the Capitol where meetings are held and that's where it was taking place.

Muhammad served as the head of The Final Call, the official newspaper of the Nation of Islam. As to why the meeting was covered up, Muhammad said he was “honor bound” to hide it:

I was sort of honor bound. Immediately, the day of the picture that was taken, I was on Capitol Hill. I work out of the Senate radio and TV gallery at the time. A staff member from the Black Caucus called me and said we have to have the picture back.

And I was kind of taken aback. And it's like - so, we talked a couple of times on the phone after that. And I said, OK, well, I'll give the picture to Minister Farrakhan's chief of staff, who is Leonard Farrakhan Muhammad. He's shown on the far left of the picture.

And I gave the original disk to him. And in a sense, swore myself to secrecy because I had quietly made a copy for myself. It's my picture. It's my art. It's my intellectual property. I wanted it. I owned it. 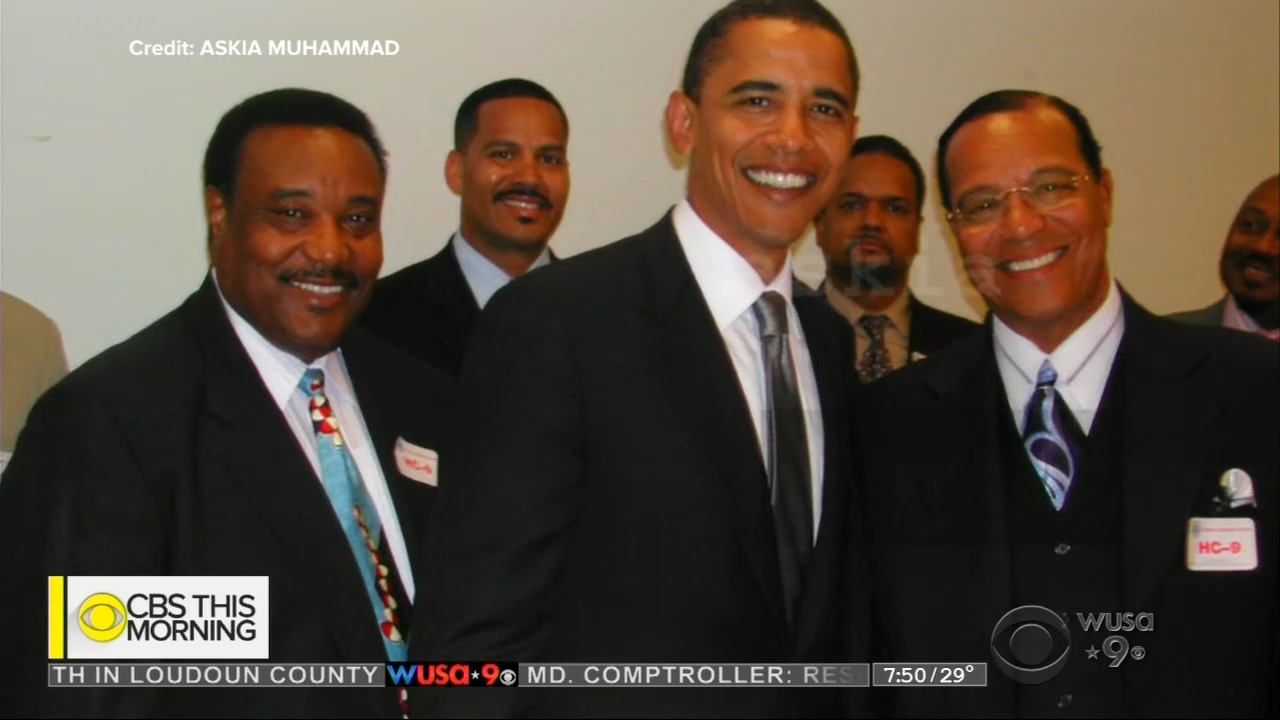 There was also this exchange:

CARLSON: Did he have contact with anyone from the Nation of Islam as a senator or as president that you know of?

MUHAMMAD: Not that I know of.

In 2008, journalists went out of their way to downplay Obama’s connections to radical Reverend Jeremiah Wright, the man who famously declared, “God damn, America!”