Journalism is under siege from a tyrannical president and it’s just like Richard Nixon. That’s the hyperbolic trope from the hosts of CBS This Morning on Monday, as well as Meryl Streep and Tom Hanks. Promoting The Post, a new film about the Pentagon Papers in 1971, co-host Gayle King marveled, “Some of the lines that you hear Nixon say are exactly, Tom, what we hear today from the President of the United States when it comes to the press!”

She gushed, “I love this movie and what strikes me is that it’s so relevant for what’s happening in the country today. Go Tom Hanks! Go Meryl Streep!” Tom Hanks described The Post as “sort of ripped right from today’s headlines, so to speak.”

Never mind the fact that the Pentagon Papers largely exposed Vietnam-era secrecy and deception of Democratic presidents such as Lyndon Johnson. That was never mentioned by the journalists or the two movie stars. 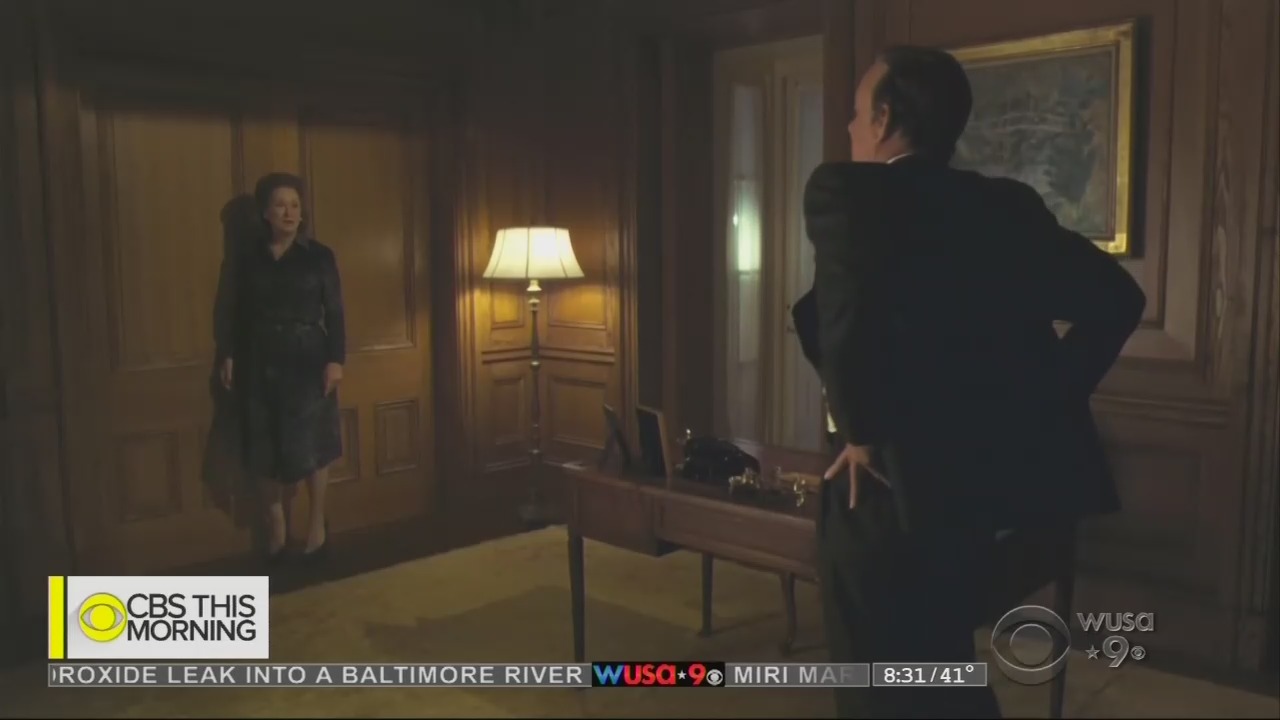 Streep revealed that the movie was written “when the next president of the United States was going to be a woman for the first time in history.” When that didn’t occur, the movie's plot apparently shifted to one that could compare corruption to the new Republican president.

The movie glorifies the late publisher of The Washington Post, Katharine Graham. Hanks lectured on "all the issue of equity and equality that go along with that, as far as gender goes.” Another ignored topic during the segment was the seemingly endless stream of harassment and bad conduct coming out of Hollywood. Seems like that would have been a good time to bring it up. 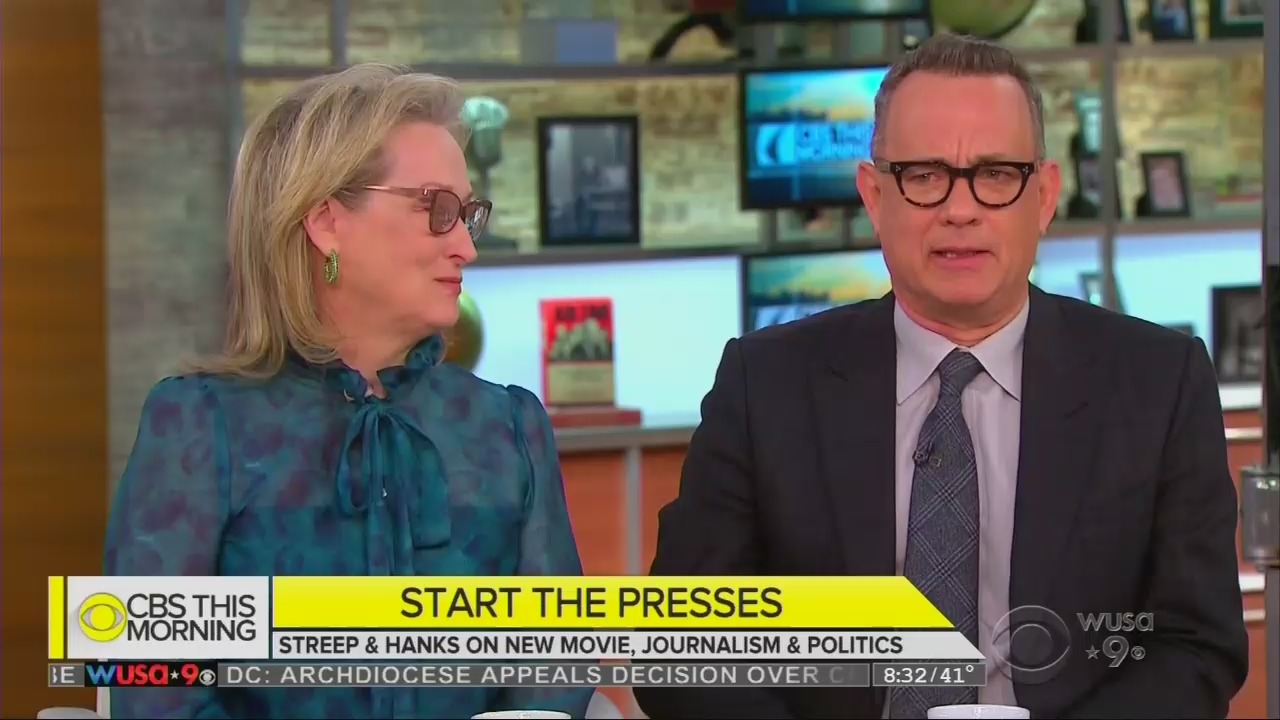 NORAH O’DONNELL: Welcome back to CBS this morning. Guess who's here? Meryl Streep along with Tom Hanks. Great to have both of you here. They star in the upcoming movie The Post. Combined they've appeared in more than 100 motion pictures. They’ve earned a total of 10 Emmys, 5 Academy Awards and 12 Golden Globes.

GAYLE KING: But The Post marks the first time, if you can believe this, that they're together on screen together. I was surprised by that. Streep plays Katharine Graham, the publisher of the Washington Post. Tom Hanks is the legendary editor Ben Bradlee. The movie shows the paper's famous and difficult decision to publish top secret government information from the Pentagon Papers back in 1971.

KING: I love this movie and what strikes me is that it’s so relevant for what’s happening in the country today. Go Tom Hanks! Go Meryl Streep!

O’DONNELL: Why did Steven Spielberg —  I mean he said he wanted to make this this year. Why was that so important?

HANKS: Well, let’s speak for our boss, shall we? Here’s what he meant by that. Well, the first time anybody saw this was in October. Liz Hannah wrote a movie about Katharine Graham and the Pentagon Papers when the next president of the United States was going to be a woman for the first time in history. Things were altered by that. But when we read it in February we thought —

MERYL STREEP: We knew what had happened.

HANKS: Yes. We had watch the CBS Morning News [sic] and was aware that we are in a whole other type of, sort of ripped right from today’s headlines, so to speak.

HANKS: This week in 1971, it took on three major, major that seem to never go away. Was Katharine Graham becoming Katharine Graham? And all the issue of equity and equality that go along with that, as far as gender goes. A government trying to keep, essentially, the truth secret so that they could continue to obfuscate what was really going on in the ground at Vietnam as well as a type of attack on the First Amendment, that freedom of the press. We thought we were sort of making a museum piece. We had no idea — We were a bit surprised that all three of those would be so pressed forward.

STREEP: But I think that’s why Steven wanted to do it this year, especially because of the siege on the free and independent press.

KING: Let’s talk about that. Because it’s eerie to hear President Nixon talk — and I’m told that that’s his actual voice we hear.

HANKS: Nixon is great in this movie.

KING: I thought, “God, they got a great imitator.

HANKS: I’m stealing that from Bob Odenkirk’s joke. But isn’t he great in the movie?

KING: He’s really great, but, Tom, some of the lines that you hear Nixon say are exactly, Tom, what we hear today from the President of the United States when it comes to the press.

STREEP: He was excoriating Neil Sheehan, who was a great New York Times investigative reporter who found the Pentagon Papers and got contact with Daniel Ellsberg and Nixon went after him specifically. And we see this repeated where the press is in jeopardy. I mean, when the state goes after the press, it’s a very dangerous situation in a democracy because it gives license all around the world for this to happen.