Such a Shame: Harvey Weinstein vs. Michael Moore Fight to Derail Fahrenheit 9/11 Sequel? 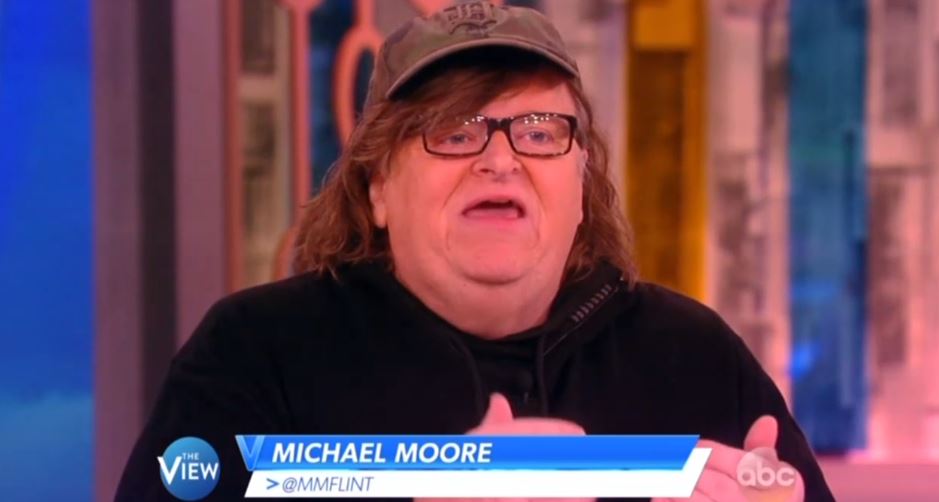 Well, this is a shame. A battle between accused rapist Harvey Weinstein and far-left documentary filmmaker Michael Moore has (at least for the moment) derailed the sequel to Fahrenheit 9/11. The liberal Moore is completing Fahrenheit 11/9. Whereas the first movie bashed George W. Bush and pushed conspiracy nutty theories, the second film will go after Donald Trump. Except... it’s stuck in limbo.

According to the movie website Darkhorizons on Monday, the numerous sex assault accusations against Weinstein, a producer on the documentary, has spooked the feminist-supporting director: “Moore now wants to take the film elsewhere, but the Weinsteins have spent $2 million on the film so far and won’t let him do so until he pays back the $2 million.”

Moore claims such an action would “morally compromise his film to cut a check to a man he considers a sexual predator.” Now, keep in mind, the documentarian has worked with the alleged sexual predator since 2004's Fahrenheit 9/11.

Isn’t Moore supposed to be an observer of what’s going on around him? Isn’t that the alleged point of documentaries? Apparently, the prominent liberal didn’t notice Weinstein’s awful treatment of women.

Harvey Weinstein knew better than to behave inappropriately toward women in my presence. I’m guessing successful sociopaths like him who get away with it for years are very, very careful not to let the kind of men who would stop them dead cold ever get a glimpse of who they really are.

Such a shame. Because, if he had known, surely Moore would have stood up to a predator like Weinstein, even if the mogul was financing his films. Right? A Deadline.com article from November 30 detailed the liberal vs. liberal fight and how it could derail the new film:

Moore and his WME reps believe Weinstein should consider the spent funds to be shrapnel from a downfall of [Weinstein's] own making, and that he should just simply step aside and allow Moore to finish and release his film. After all, blocking the film from release would give the last laugh to Trump, whom Weinstein campaigned against in the last presidential election when he backed Hillary Clinton, before the Democratic Party cut all ties with him following the scandal.

And stopping Trump is apparently the most important part of this whole controversy.