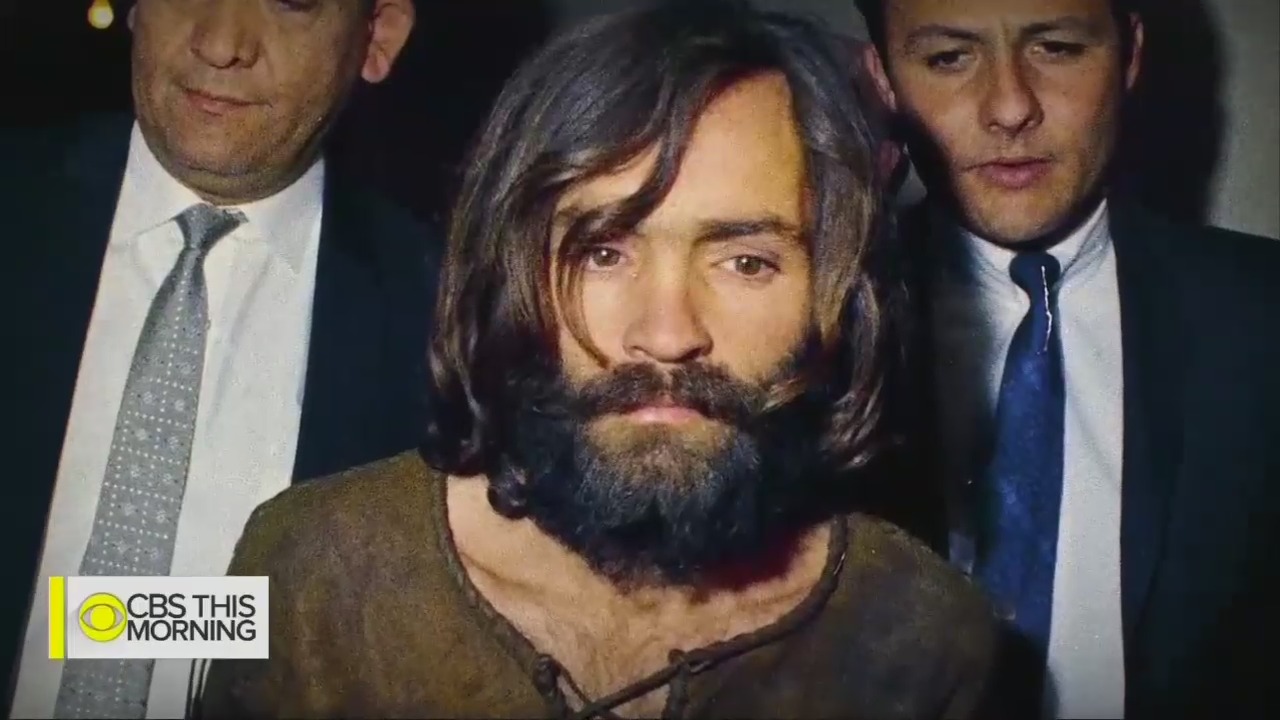 Never miss a chance to smear conservatives, even if that means somehow connecting the right to the murderous cult leader Charles Manson. That’s apparently the view of the New York Times and Newsweek. Both liberal outlets on Monday used Manson’s death to attack political enemies. A tweet for the NYT opinion piece by Baynard Woods slimed, “Charles Manson wasn't the inevitable outgrowth of the Sixties. If anything, he was a harbinger of today's far right.”

Woods insisted that the killer “had more in common ideologically with far-right groups like the John Birch Society than he did with the anarchic leftism of, say, the Yippies.” Desperately trying to connect Manson to conservatives, he argued:

[Manson] believed that African-Americans would soon rise up and begin to murder white people. Mr. Manson and his followers would be spared; they were going to hide beneath the desert in Death Valley until the war was over, when they would surface from their underground layer and rule over the black population, which, Mr. Manson claimed, would be unable to govern itself.

Today, this sort of logic is all too familiar to us. The paranoid, racist and apocalyptic ramblings of Mr. Manson are the DNA of the reactionary alt-right. In the days leading up to Dylann Roof’s murder of nine black parishioners at Emanuel African Methodist Episcopal Church in Charleston, S.C., he talked to his friends about a “race war” and later used the same language in interviews with investigators. He was an enthusiastic reader of alt-right websites.

Memo to the New York Times: Monsters like Manson and Dylann Roof aren’t "the right."

Newsweek’s Melissa Matthews on Monday talked to psychoanalyst Mark Smaller about how cult leader Manson can help understand Trump and his supporters: 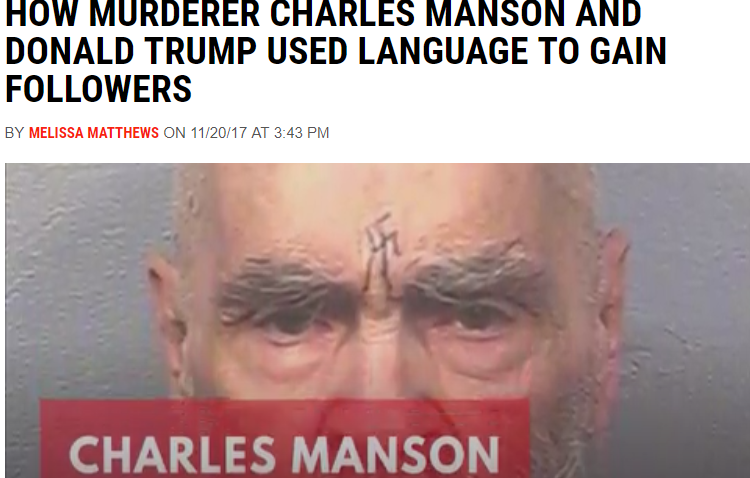 Smaller is clear that he does not believe President Donald Trump is similar to the convicted killer, or that their followers have any shared beliefs or characteristics, but he did say we can look to the current president to see how language is used to form a bond with followers.

“Our current president speaks in an emotional or affective way to large numbers of people in our country who feel a kind of alienation or disconnection from the government,” he said. “They feel very responded to and become his political base.”

In case it wasn’t clear enough, the headline connected the dots: “How Murderer Charles Manson and Donald Trump Used Language to Gain Followers.”

Is it possible, liberal journalists, that the rantings of a depraved cult leader/murderer don’t tell us anything about conservatives?