Flashback: Charlie Rose Lectured on Importance of ‘Respect for Women’

Said the man who groped women, made lewd phone calls and walked around naked: “But [people] do care about respect for women.” Speaking of someone other than himself, Rose chided, “And it’s not just locker room talk.”

In June of 2016, Rose was honored with the Fred Friendly First Amendment Award. The journalist bragged about how he treats women: “No one appreciates strong women like I do.” Speaking of his then-co-hosts Gayle King and Norah O’Donnell, Rose touted, “I get to sit with two remarkable women every morning.”

Both women denounced Rose on Tuesday’s CBS This Morning.

A partial transcript of the September 10 60 Minutes is below: 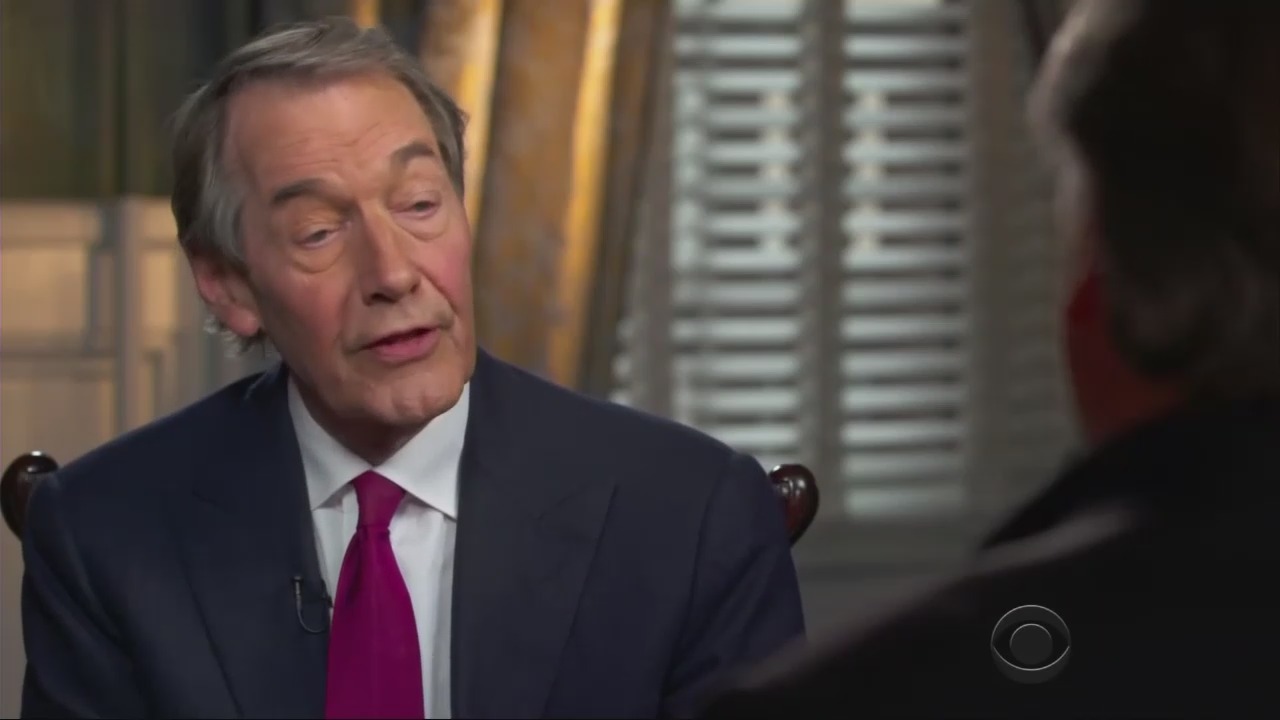 CHARLIE ROSE: But you seem to have done that at every point in the campaign. When he was in trouble, asking him to double down on his rhetoric, double down in terms of appealing to his base.

STEVE BANNON: Appealing to the American people and to the working class people in this country, absolutely. You know why? Because ec-- it was a winner. That`s why I told him, double down, every time. And on that day that`s the first time and only time he ever got upset with me. He goes, come on, it`s not a hundred percent. I go, it`s absolutely a hundred percent. And I told him why. They don`t care.

ROSE: But they do care about respect for women.

ROSE: And you know that.